“Lebanon is Burning” for the second year with “Great Success”! 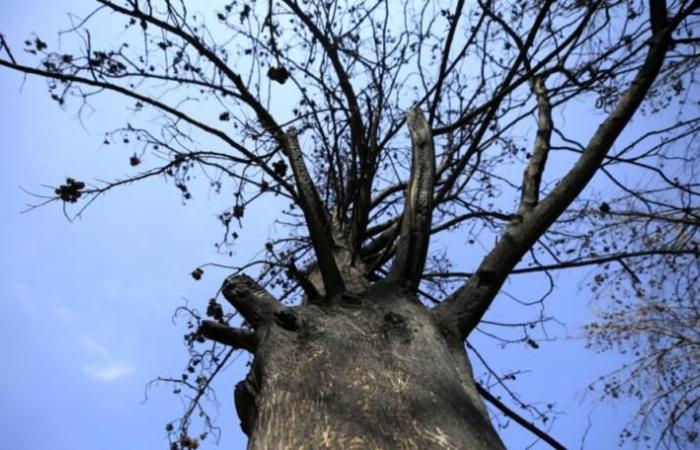 Without much change, the “Lebanon Burning” scenario has been repeated in recent days, with a version similar to the fires that swept Lebanon a whole year ago. Apart from the change in the names of the regions, the logistical capabilities are still the same, failing to deal with disasters in light of the confusion in managing crises.

Inaam Awad does not feel that the fire that destroyed her house in Debbieh, on the coast of the Chouf, happened a year ago. “Umm Ali” has been “burning” since then. Her heart is not only what ignites forcibly on the necessities, furniture, clothes, and memories that were consumed by fire, but also the bones of her neck and back after the burning of the medical pillow, which she was unable to buy after the high prices. That day, the fire of embarrassment behind her ground floor home spilled over into every detail of her diary. The woman, who lives with her husband from a store located in the same building, has lost everything. The tightness of the situation, which increased with the worsening of the economic crisis and the collapse of the exchange rate of the lira, impeded its ability to replace all that it lost. With the help of some philanthropists and NGOs, two rooms of the house were renovated “from my relatives”. With “comfortable installments,” she fixed the windows and painted the walls, but she was unable to remove the fire marks from the tiles due to the high price of cleaning them, as some neighbors supplied her with clothes and furniture. The “state” was not among those who helped it. Many “from the municipality came to the army, the gendarmerie, the High Relief Commission, and the NGOs… We filled out several forms in which we counted the size of the damage and the losses we suffered. We promised to obtain compensation that we are still waiting for ».

The effects of the fires are still in the forests of Debbieh today. Green did not grow in the scorched earth. Tree structures all around were standing like charred corpses, witnessing what happened and what might happen at any moment. The “Burning Trees Exhibition” extends throughout the Chouf coast, from Dibbiyeh to Mazraat Dahr and Joun to Iqlim al-Kharroub and Naameh. In Damour Hills, a year ago the forest fire spread to the headquarters of the “Arkansas” association, which sells used furniture. The three-storey building, which was a destination for the limited and amateurs of “antica” and old designs, most of its contents have been burned. A year later, the association displayed new items in the ground floor amid the charred walls and dilapidated ceilings.

The largest “black board” is still “displayed”, for a year, on the Mushrif Hills. The small town, which sits in the middle of millions of meters of woodland, was not affected by the fires of past days. Pierre and Juliet Nasr hold their breaths at the prospect of recapturing last year’s nightmare. With live meat and a small “jug”, they raced to extinguish the fire that spread to their field near their home in Mushrif. Goliath tears after a year of the incident: “We are still vulnerable at any moment. But there is no trick in hand. ” Villas and palaces in the region, their owners did not wait for state compensation. Currently, carriers and foreign workers are busy clearing the dry weeds on its border. But individual efforts are not accompanied by general efforts. The “Al-Mushrif Ideal Company”, which includes these villas, had noted the creation of water intakes to extinguish fires. But the intakes have not been maintained for a long time and have not been used to extinguish last year’s fires, despite the availability of water sources. “Our hand is on our heart since the beginning of this month, for fear of a repeat of last year’s disaster,” said Mayor Zahir Aoun. A year ago, “The municipality’s resources were zero. Today, after the moderator has turned to the kiss of official and popular attention, the level of potential has risen to slightly above zero »! Aoun asserts that only a few NGOs continued to support and follow up after the “upheaval” subsided. One of the associations has persevered during the last period to clean the woods and create corridors within it to facilitate the intervention process and reach the depth of the embarrassment in the event of a fire. It also trained a number of townspeople, in cooperation with the Lebanese Red Cross, on how to control the fire when it starts to happen to prevent it from spreading. In exchange for volunteers, the municipality provided limited means to deal with potential fires, and conducted constant patrols to monitor forests from loggers and hikers. In anticipation of the usual fire season, the municipalities of Al-Mushrif and Kfarmatta and the neighboring municipalities have worked for about a month to clean the forests and remove the weeds from the sides of the roads. And “With a donation from the residents of the Al-Mushrif Model Village, the municipality bought a small water tank for firefighting and agreed with two owners of the tanks to put it at the disposal of the municipality in case the incident occurred. Since the civil defense firefighting vehicles only come and their tank is empty of water, we have equipped the wells that pass through the town as part of the Al-Awali water project to Beirut, with a generator and fuel to pump water without interruption. As well as hiring a person to maintain the pumping station ». As for the water intakes in the model village, “one of the donors undertook to maintain them because the municipality is unable to repair them because of the high cost of repair.” Aoun acknowledges that these capabilities are capable of facing a small fire. What if the disaster was repeated last year? “May it not be repeated, as the closest civil defense fire station to us in Damour has been operating for some time with one fire engine, because the rest of the vehicles are out of order. The same situation is in the nearby Debbieh center. ”

Aoun and his colleagues in the neighboring municipalities wrote to the Ministry of Agriculture to authorize the cutting of the burning trees and allow people to benefit from them in light of the high fuel prices. The ministry revealed the scorched land and has not made its decision yet. In Mushrif, the municipality planted about 1,500 pine trees to replace some of what was burned. What is required, according to Aoun, is the ministry’s support for planting alternative trees that resist fire and grow again, such as carob, laurel and oak trees.

The Civil Defense apologizes: our machines are broken

The condition of the heads of the municipalities of Tire, Bint Jbeil, Nabatiyeh, Marjeyoun, Akkar, Al-Qay’a and Al-Minya in the past two days was no better than the situation of their colleagues in the municipalities of the Chouf coast last year. The version of fires 2020 centered in the south and Akkar. But the result is the same. Residents faced the fire that threatened their homes and livelihoods with live meat and limited resources.

The head of the Tire Center in the Civil Defense, Ali Safi al-Din, apologized on Saturday from those besieged by the fire because the only viable mechanism in the Tire Center had broken down, to join the six that were subsequently disrupted and await the approval of the Ministry of Interior and Municipalities to sign a maintenance contract. Safi El-Din’s scream was followed by the screams of a number of his colleagues from the heads of the civil defense centers in the regions that are partially functioning due to the failure of their mechanisms. “Al-Akhbar” The Civil Defense Directorate has reviewed, without getting an answer, because its director, Brigadier General Raymond Khattar, is traveling outside the country, while the Information Office closes its doors on Saturday and Sunday.

These were the details of the news “Lebanon is Burning” for the second year with “Great Success”! for this day. We hope that we have succeeded by giving you the full details and information. To follow all our news, you can subscribe to the alerts system or to one of our different systems to provide you with all that is new.