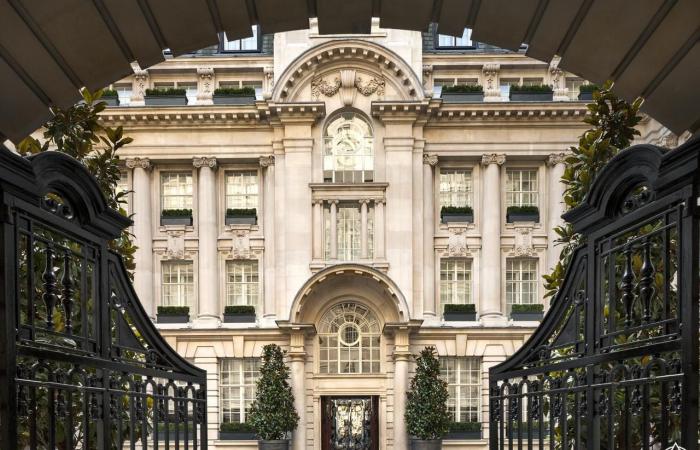 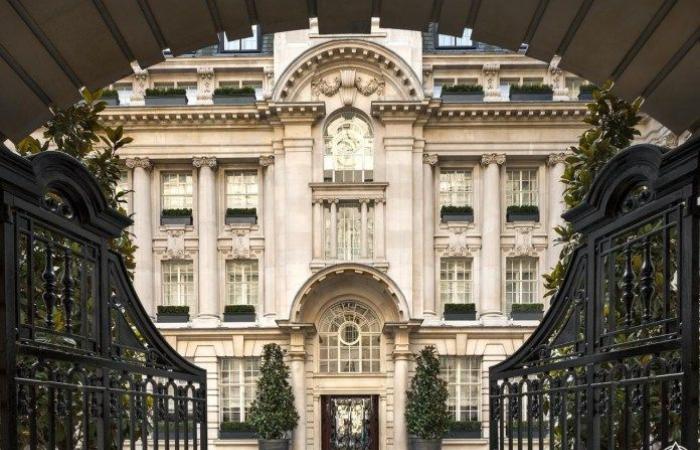 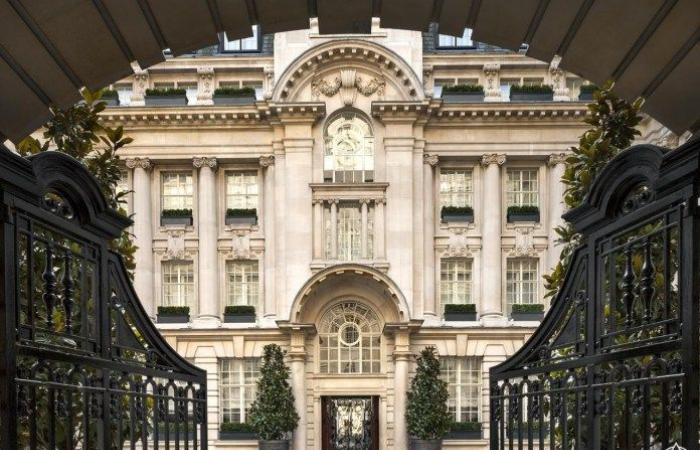 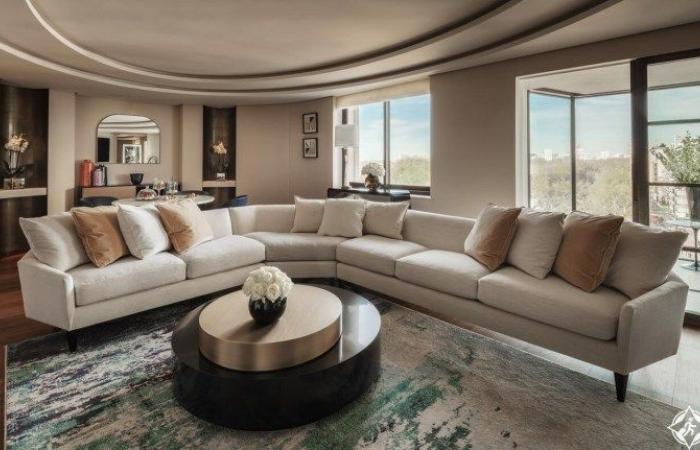 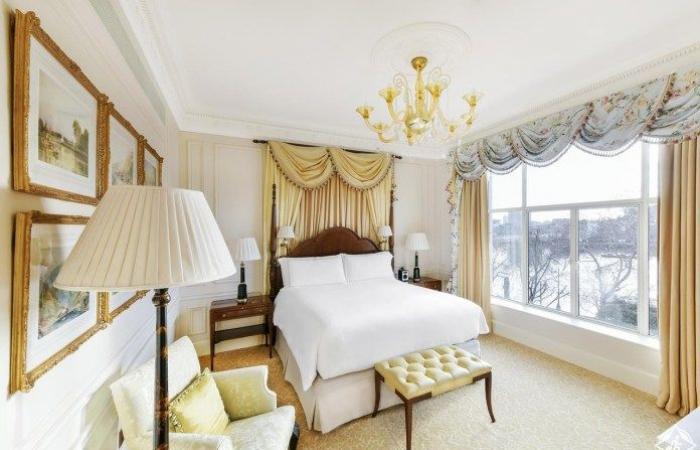 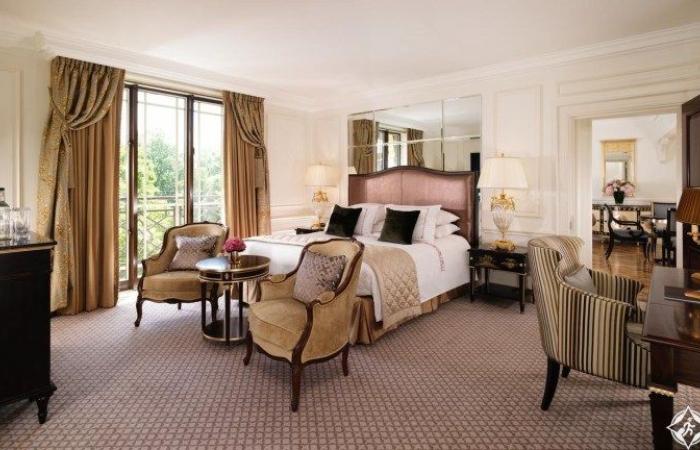 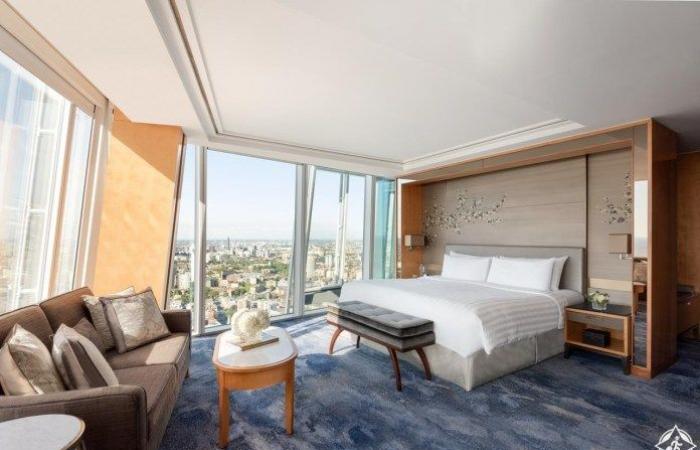 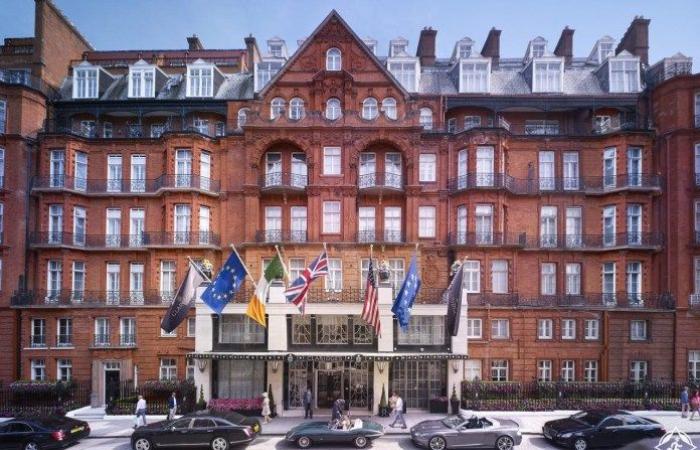 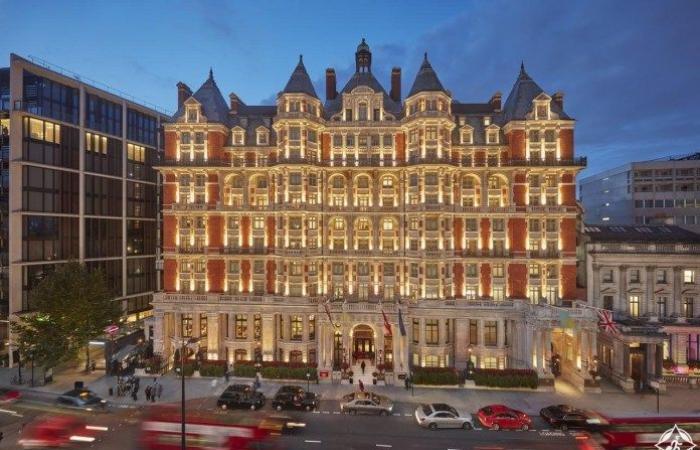 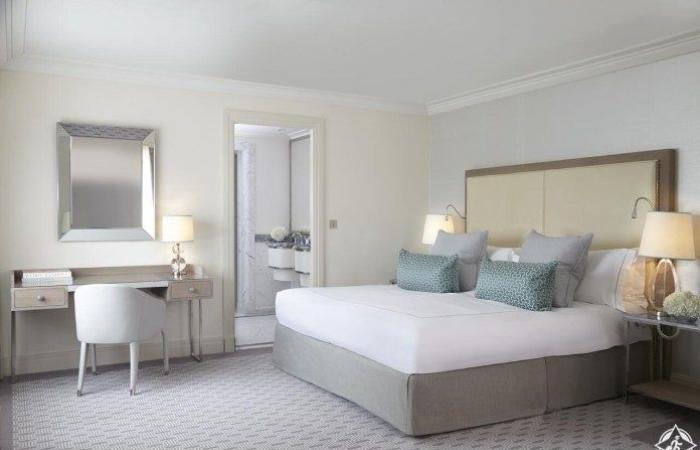 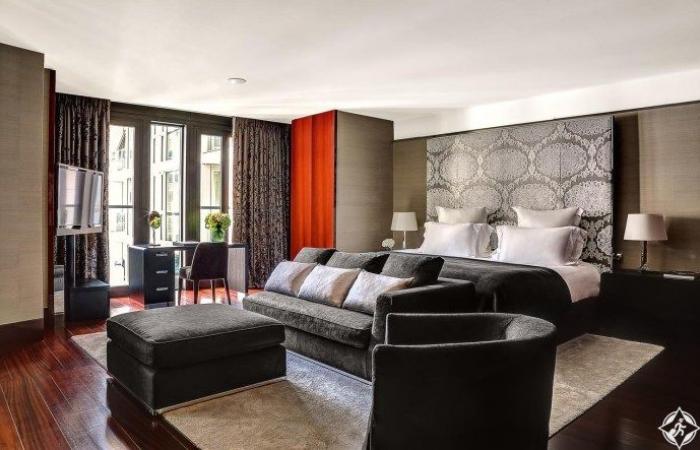 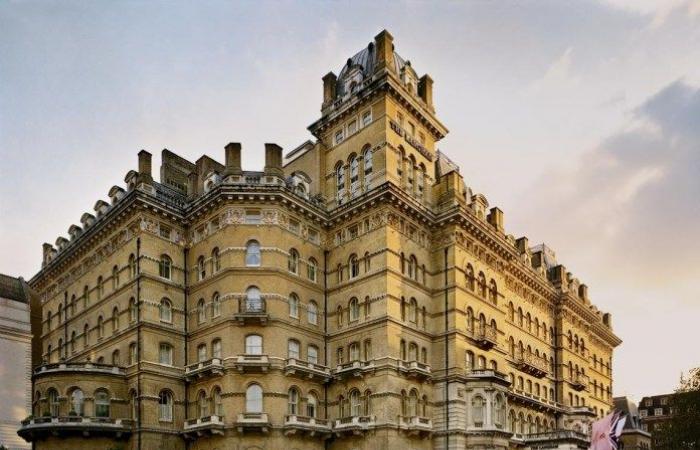 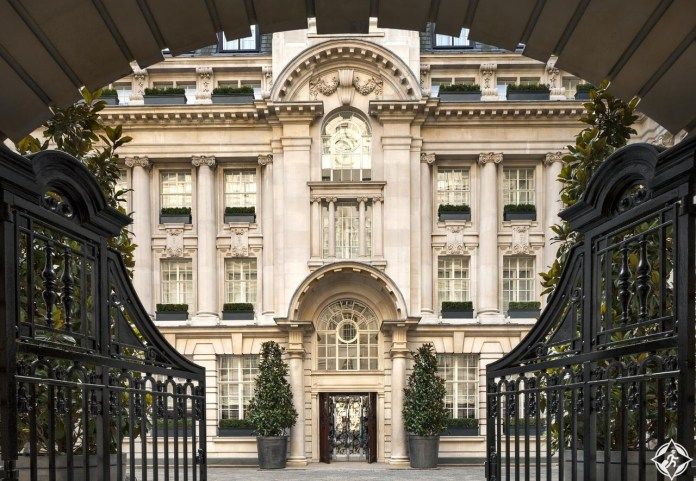 London is the second most visited city for tourists in the world after Bangkok, thanks to the city streets full of history, unusual museums, wonderful theater scene and wonderful theater scene, and the British capital hosts accommodations that suit every budget, but if you want to spend a perfect English holiday you will really have to brag And with so many luxury hotels in London it might be …

London is the second most visited city for tourists in the world after Bangkok, thanks to the city streets full of history, unusual museums, wonderful theater scene and wonderful theater scene, and the British capital hosts accommodations that suit every budget, but if you want to spend a perfect English holiday you will really have to brag And with the presence of so many luxury hotels in London it can be difficult to choose the right hotel, so we gathered for you 10 of the most luxurious hotels in London to choose from. 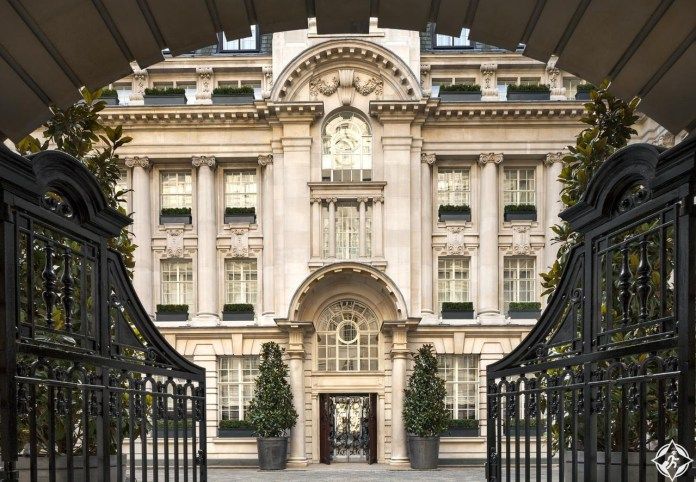 Rosewood London is located in the historic district of Holborn, the architecture and structure of the hotel built in 1910 with influences from the Edwardian and Renaissance period, the hotel also features great customer service, one of the best breakfasts in town, and a collection of stunning artworks each depicting A certain point in British history. 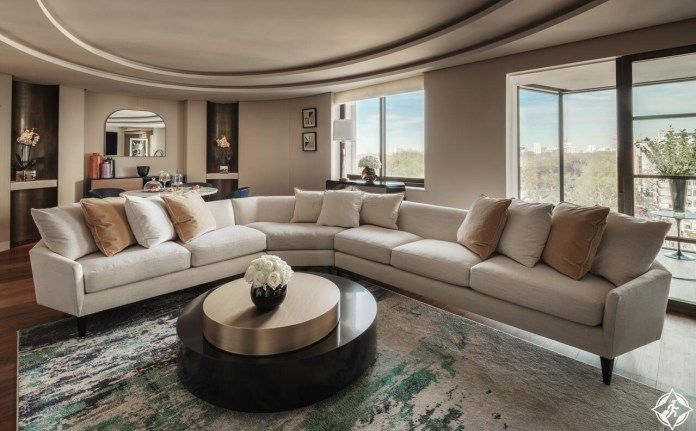 Four Seasons Hotel London is located on Park Lane within walking distance of most major tourist attractions such as Buckingham Palace and Hyde Park, the rooms are designed in a modern style with private terraces and luxurious amenities available in the bathroom, all rooms in the hotel also offer stunning views, whether they are towers Big Ben or the wheel of the London Eye Observatory, serving afternoon tea is one of the hotel’s quirky but charming traditions, and a great way to mingle with other guests as well. 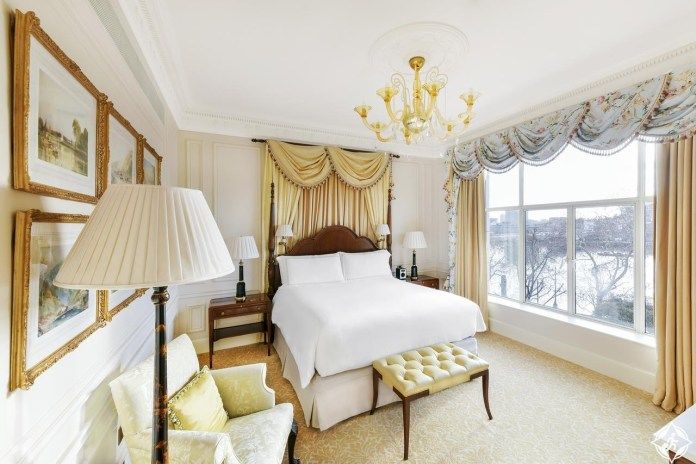 The Savoy Hotel London is one of the most famous hotels in Lund, and the fact that it was built in 1889 almost made it a historical monument in its own right, and the hotel also has a few loving and charming touches that distinguish it from the rest of the luxury hotels in London, one of the rooms that it frequented Often Shirley Basie, showing her photo with a quote from her appreciation of the hotel, another room has a arrangement of 12 rose roses, something their guest Marlene Dietrich often requests. As such, every room has a story to tell. 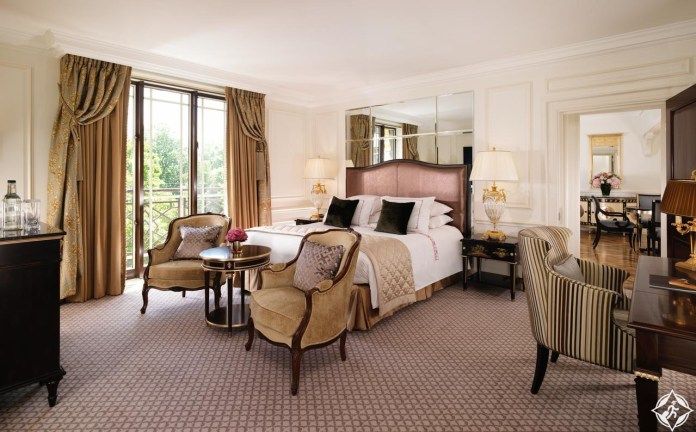 This boutique hotel is located in a prime location on Tilney Street, the hotel was built in 1931 in an Art Deco style, and the rooms are decorated in classic English style, and the hotel has a total of 250 rooms and suites, all full of luxury, the bathrooms always look sparkling with chrome panels And white marble, the bathtub is deep enough for you to plunge into, the hotel also has many great restaurants, one of which has three Michelin stars that serves French cuisine.

5- Shangri-La Hotel at the Shard, London 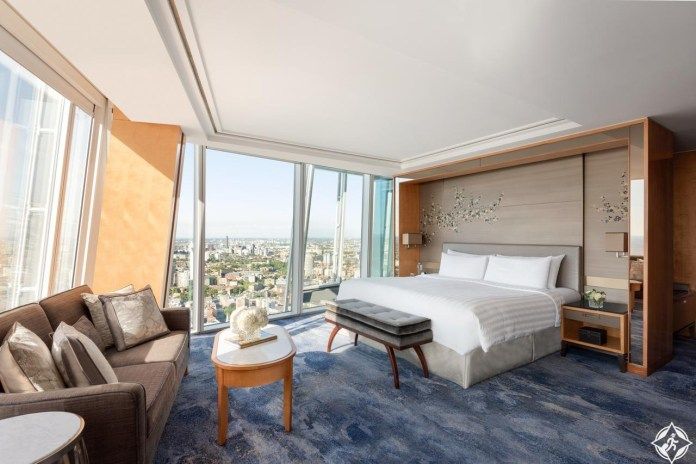 The main attraction of this hotel is the fact that most of the rooms offer an amazing panoramic view of the River Thames, and the hotel occupies floors 34 to 52 in a high-rise building with a total of 95 floors, the rooms are large with floor-to-ceiling windows, heated floors, shower and separate bathtubs in The bathroom is fully tiled in marble, and facilities offered at the property include a fitness center, several cafes, a spa and an infinity-edge swimming pool. 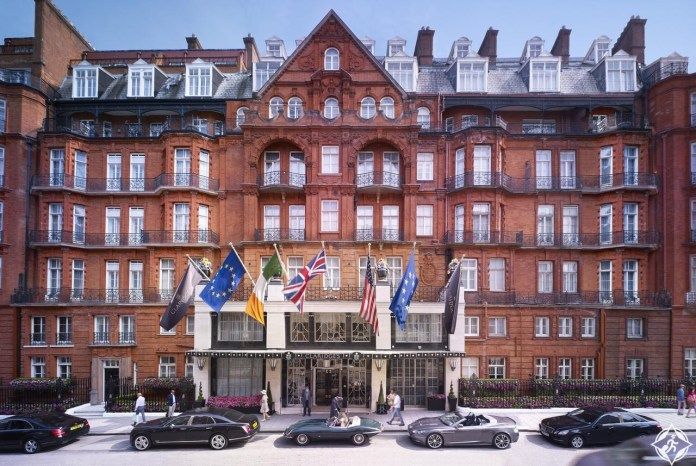 One of the main attractions of this hotel is the fact that it has hosted distinguished guests such as Audrey Hepburn, Bing Crosby, and even royalty like Queen Victoria herself, the hotel also boasts a Michelin-starred restaurant, spa, and 24/7 concierge service. 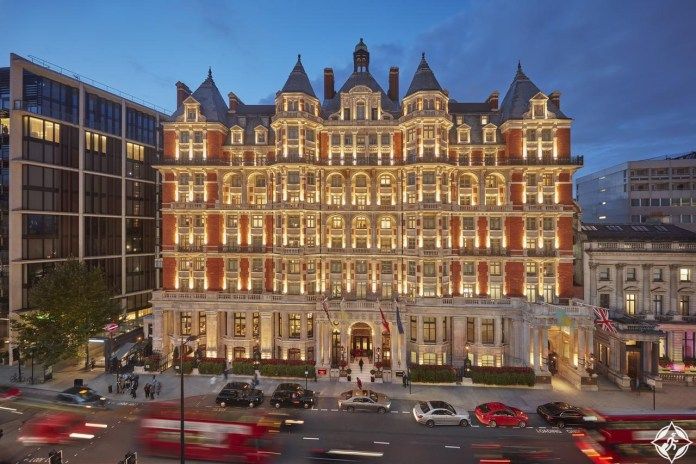 This old hotel was renovated in 2000 and features the famous “Foliage” restaurant with a Michelin star, along with excellent rooms and a restaurant. There is also a swimming pool, spa and gym. The hotel is located in a very accessible area overlooking Hyde Park. 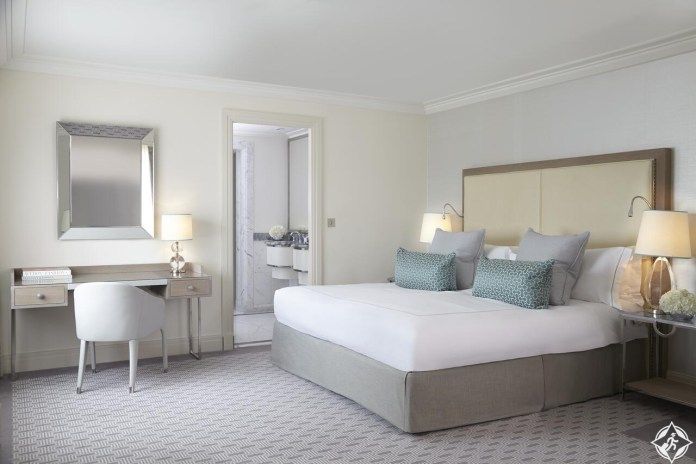 Overlooking tranquil Hyde Park, The Berkeley Hotel cleverly combines comfort, elegant design and the latest innovations to meet the needs of the modern traveler. Rooms have been individually designed by some of the world’s most talented interior designers, and Marcus Wareing offers award-winning food. A Michelin star, the heavenly pool, the secret garden, and the luxurious Bamford Haybarn Spa, provide a tranquil getaway with views of the London skyline. 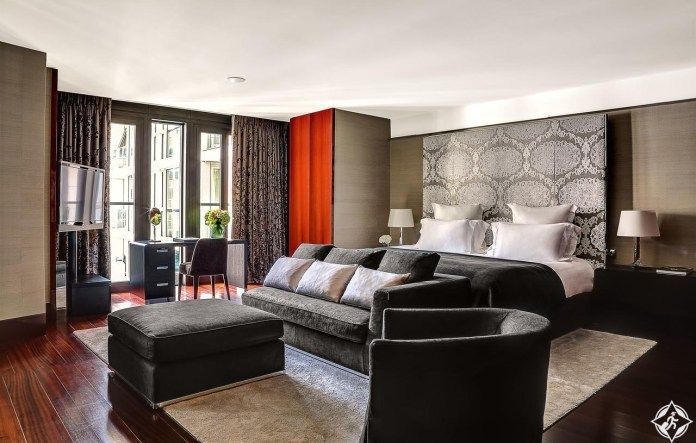 The Bulgari Hotel in London is located in Knightsbridge on the edge of Hyde Park, it is one of the best luxury hotels in London, elegant contemporary architecture and legendary flair in Bvlgari design with pioneering quality of service, the 85 guest rooms are full of light and are among the largest in London, the hotel also has The 47-seat cinema, amazing spa, and unique cigar shop. 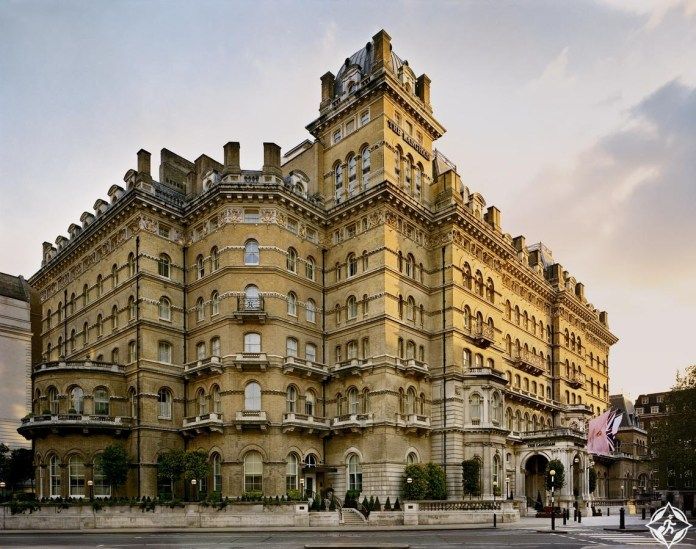 Langham is housed in a magnificent mansion above Regent Street, and for 150 years the legendary hotel has attracted royalty, dignitaries and celebrities. The 380 elegantly appointed rooms and suites evoke a residential atmosphere while providing modern comforts. 16 meters long.

These were the details of the news A tour around .. the best luxury hotels in London –... for this day. We hope that we have succeeded by giving you the full details and information. To follow all our news, you can subscribe to the alerts system or to one of our different systems to provide you with all that is new.