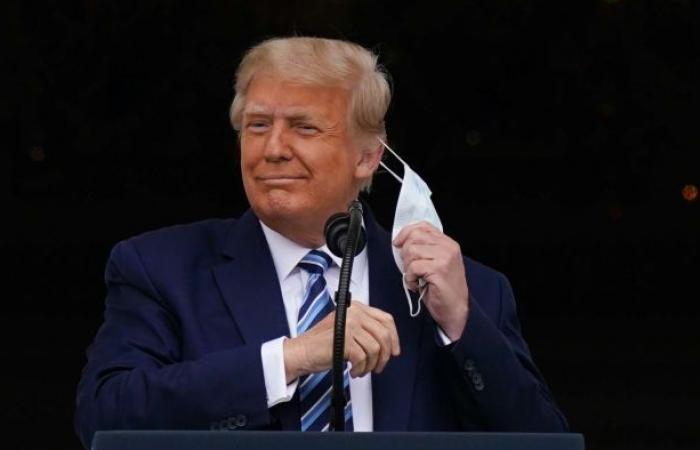 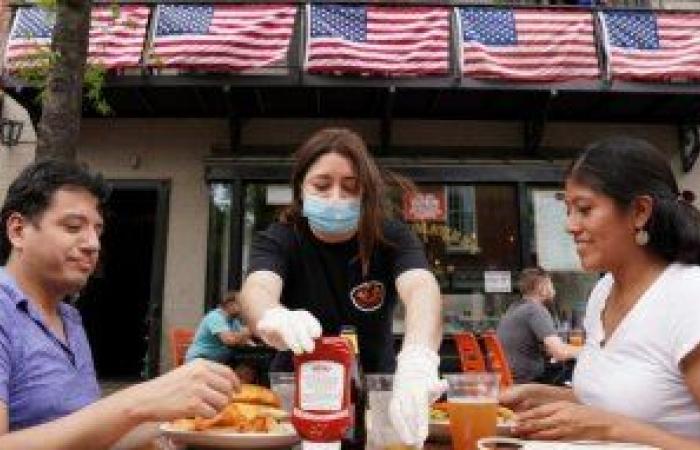 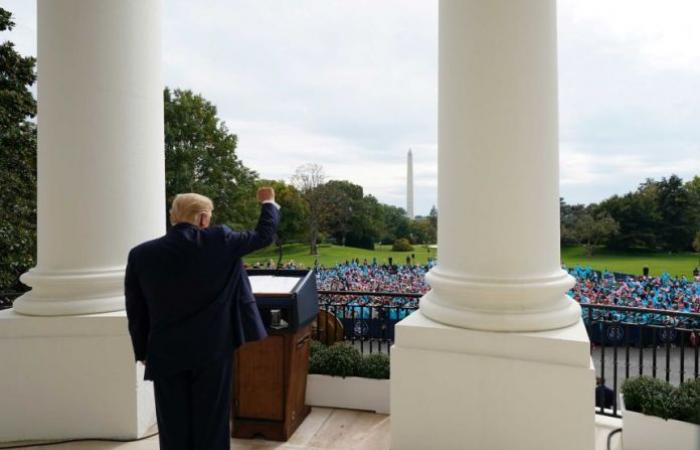 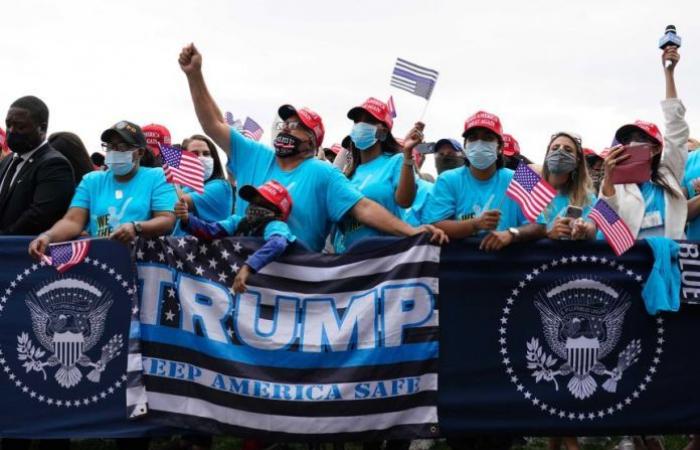 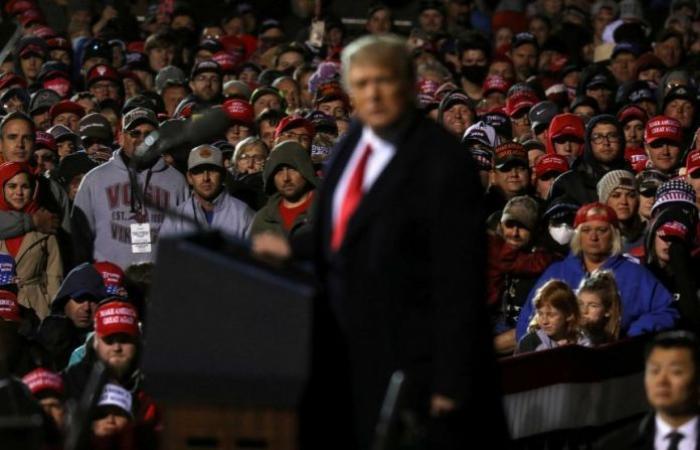 But his 66th and 67th are the ones he will never forget.

The 66th in his home state of Minnesota took place less than 48 hours before U.S. President Donald Trump announced his positive coronavirus test. As always, Mr. Thom was in the front row.

The 67th event, at which Mr Trump spoke to supporters from a White House balcony while they gathered on the lawn, was the President’s first public event since that diagnosis.

After the White House rally, Mr. Thom described how “emotional” he felt at both events.

“This weekend showed me that we are coming back,” said Mr Thom.

Check out our Coronavirus blog for the most important COVID-19 news from October 11th.

On social media, an epidemiologist said the speech could be another “superspreader” event like the Rose Garden ceremony to nominate Amy Coney Barrett to the Supreme Court. 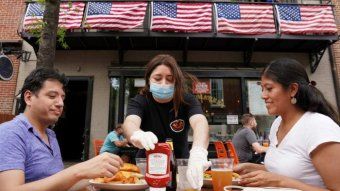 Americans are entering the eighth month of an emergency leaving them with no choice but to get used to the horror, writes Emily Olson.

US media have reported that more than 30 people connected to the White House have contracted coronavirus since then.

And there are already warnings that a potential “third wave” of the coronavirus could hit the US as winter approaches and Americans begin to travel on vacation.

When the news of Trump’s COVID-19 diagnosis shocked the world, Marthamae Kotschade was already finalizing plans to travel to Washington DC for the weekend.

The mother of two Marines and the mother-in-law of a police officer, she was part of a group organized by conservative activist Candace Owens to put on a “Support for Law Enforcement” show.

She was already in town when she was invited to the White House instead, a “once in a lifetime opportunity.”

A friend of Mr. Thom’s – the couple first met at a Trump rally two years ago – Ms. Kotschade was also at the last rally before the president tested positive. She said she was still wearing the bracelet she was given that day.

“What an opportunity to see the President a week and a half ago. And now we’re seeing him again, before COVID and after COVID. What a blessing. He looked great too, ”she said.

Ms. Kotschade said being there in person to see the President speak from the White House balcony 10 days after testing positive for COVID-19 for the first time, gave her confidence that the U.S. would deal with the pandemic.

She said she believed the president was “doomed” because of his frequent rallies to catch coronavirus.

“Yes, he had the best doctor. Yes, he probably had the great drugs. But six months ago we didn’t know much about it and now we’ve learned a lot. “

“Most of us who go to the rallies are not afraid.”

On the same day as Mr Trump’s White House event, more than 58,000 new cases of coronavirus were confirmed in the US. This is the highest daily number since August 14, according to the New York Times. Another 915 Americans died and the death toll rose to 213,000.

Mr Thom says coronavirus is a problem, but it is “a disease that is blown out of proportion”.

“If I drive down the street here on the freeway, I have a better chance of getting into an accident and dying from the car accident than from COVID itself,” he said.

Mr Trump made similar comments on social media after he was released from hospital. Twitter put a warning label on the tweet, while Facebook immediately deleted it for violating the rules for sharing “false information” about the severity of COVID-19.

Mr Thom said he was “apolitical” before endorsing Mr Trump. He’s now proudly part of the Front Row Joes – a group that aims to show up for Trump rallies early enough to be in the front row of the President.

“Most of us who go to the rallies aren’t scared,” said Thom.

He said he brought a mask to Washington DC because of a local mandate to wear a mask when leaving the house and because companies refused to allow people without a mask. But Mr Thom said he was “a non-masker as much as possible”.

“I wanted to start this chant in the White House, but they kept saying, ‘Take off your mask,'” said Mr. Thom.

“But my singing, which I really believe, is, ‘Take your mask off. Take off the mask. ‘”

Washington DC reported a surge in the coronavirus earlier this week. Cases confirmed daily were up 35 percent from the average two weeks earlier.

The Washington DC Department of Health issued an open letter earlier this week expressing its belief that the White House’s efforts to track the Rose Garden outbreak were not enough.

There are still 22 days left before the US elections on November 3rd (November 4th AEDT).

The President is also looking ahead. Mr Trump plans to travel to a rally in Florida tomorrow and more events are expected to be added to his schedule.

It’s not the first time he’s had to restart a rally plan for this campaign. After a three-month hiatus from March to June, Mr. Trump held a rally in Tulsa which Ashish Jha, director of the Harvard Global Health Institute, described as “an extremely dangerous move for the people participating and the people they know, love and refer to.” them afterwards “.

The warnings have not stopped Mr Thom and Ms. Kotschade from holding further rallies if they can before election day, especially if the president returns to their home state of Minnesota. Both described participating in the rallies as a kind of “addiction”.

They said they were “sure” that Mr. Trump would return to Minnesota. Health officials are still grappling with the aftermath of the president’s last visit to the state.

Local officials linked nine cases of coronavirus to the Trump rally on Sept. 18. Two cases are hospitalized, one in intensive care.

And they’re still monitoring the last rally Mr. Trump held two weeks later in Duluth, Minnesota – which was attended by Mr. Thom and Ms. Kotschade – and told everyone in the crowd to “please get tested, yourself.” to isolate “.

The Trump campaign denied any connection between the nine cases at the September 18 rally, saying that hand sanitizer and masks were provided at the event.

Mr. Thom said his only wish was that he was younger “so that I can really, really enjoy the rallies in the coming days and weeks”. He predicts that Mr Trump could soon schedule up to three rallies a day before the election.

Mr. Thom has already made reservations to return to Washington DC for the January dedication. He is confident that the president will win four more years.

“He’ll take it. And we’ll call it Trump-nami. Like a tsunami, a wave with a big ass, ”said Mr Thom.

These were the details of the news Donald Trump’s biggest supporter wasn’t afraid to show up for his... for this day. We hope that we have succeeded by giving you the full details and information. To follow all our news, you can subscribe to the alerts system or to one of our different systems to provide you with all that is new. 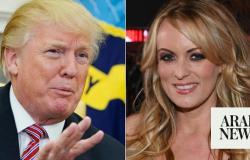