Iraqis between Trump and Biden 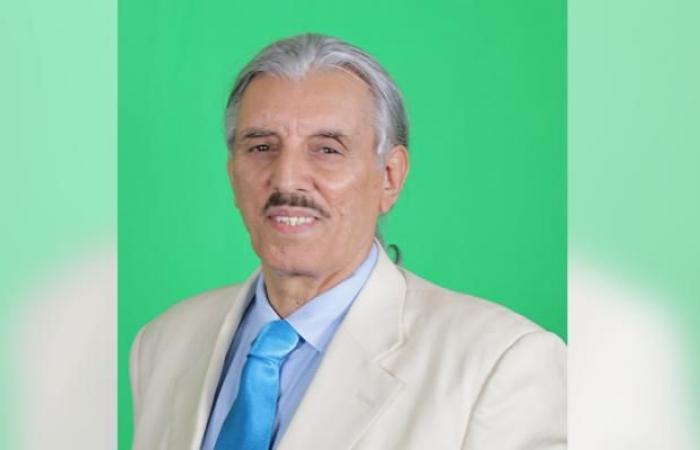 The Iraqi street looks at America as the maker of its modern history, especially the generations that did not know the hatred that the previous regime had grown and fed with all its energy in an effort to perpetuate its policies. Therefore, these ideas were mixed with myths that the Iraqi collective mind created about the greatest power in the world. However, the Iraqis did not discover the Americans until they occupied their country in 2003. The myth turned into a reality that the Iraqis lived in in all its details. But Iraqis’ hopes for the Americans were quickly dashed after they had imagined that they would make their country a beacon of progress, prosperity and technology. What added to this disappointment was the entry of Iran on the line, by sending its spider arms to Iraq.

What the Iraqis are experiencing today is a dire reality by all standards, as they are between two contradictory and conflicting ideas whose heroes are contradictory: America and Iran. This conflict, which was hidden, appeared to the public after the militias affiliated with Iran were exposed to it, until it bombed the US embassy with Katyusha rockets, prompting US President Donald Trump to think about closing his country’s embassy in Iraq, which is the largest US embassy in the world.

Endless stories about Americans and the memories of the occupation are still stuck in people’s minds. They remember the Bucca prison that America built from “caravans” in the Fao desert and dumped about 25,000 Iraqi prisoners, most of them innocent, for seven years and then closed it as if nothing had happened, but the memory does not Forget.

With this background, and with the emergence of a generation that opened its eyes to watching Americans wandering their tanks around the streets of Baghdad, the American presence became an indisputable Iraqi affair. These days, during the American presidential race, Iraqis are thinking about the US elections again. They contemplate the change that may change the course of their lives, especially since the majority of people believe that the current Prime Minister, Mustafa Al-Kazemi, seeks to limit and weaken the Iranian presence on the land of Iraq, until some accused him of being America’s man in Iraq.

And there are those who remember, especially from the veteran generation, that the United Nations in the past considered Iraq the first secular country in the region, and despite this it handed over the reins of power to the Hawza regime, striking against the wall all the enlightened and secular power that Iraq abounds in, especially its bourgeois class seeking to build a regime Civilian politician. These entanglements have created a sharp rift in the Iraqi consciousness. That is why the Iraqis in cafes and homes watch television screens as they transmit the debate between US President Trump and Democratic candidate John Biden for the upcoming elections, and are divided between supporters of this or opponents of that, but they do not forget Biden’s bad reputation for advocating the division of Iraq into three states on ethnic and sectarian lines. Sunni and Shiite “when he was Vice President Barack Obama. Many Iraqis consider Trump to be their savior from Iranian hegemony, while others are aware of the fact that Iraq has turned into a battleground between America and Iran. Social media took advantage of the US President’s illness in Corona to comment and discuss the future of Iraq, despite the salary crisis, early elections, integrity and corruption issues that plague Iraqi society.

In any case, the clear division is between pro-America and pro-Iran, and they are pinning their high hopes on the results of the upcoming US elections, some of those who support the Iranian side believe that Trump’s loss will push to relieve pressure on Iran, because the Democrats support the nuclear deal that Trump canceled. While those opposed to the Iranian presence in Iraq hope that the US President will win a second term in order to weaken Iran and thus the militias that control Iraq.

America remains the compass of Iraqi politics that leads to the emergence of new political positions into the open. Therefore, the Iraqis are now between the shoulders of Trump and Biden, but this situation is nothing more than just a mood, because whatever the results of the American elections, politics remains dependent on institutions that are not affected by political whims, and this is what few Iraqis realize.

Thus, the American elections are manipulating the moods of Iraqis thousands of kilometers away, and they fear the coming of the democratic candidate to power and consider him a reason to stir up trouble again, because they believe he will work to strengthen Iran and make it dominate the Iraqi affairs more than now. At a time when the Iraqis themselves are divided between Shiites, Sunnis, Kurds, sects and sects, a national mosque does not unite between them as it was in the past, since the current politicians came up with the components law and included it in the Iraqi constitution. This is a dilemma that America itself cannot solve because, in reality, these interconnected components cannot be separated from each other.

Many Iraqis wish Trump survived Corona, to help them weaken Iran, and enable them to defeat the militias loyal to it that control their fate. But everything is temporary in politics, and standards may change overnight with Trump and Kazemi withdrawing from the political arena.

Some focus on the role of the pro-Iranian militias forcing the Americans out of Iraq. This is just a possibility that the Iraqis think of while they do not realize that the solution to their problems lies in the policy of openness to the Arab and Gulf surroundings, which would bring Iraq out of its isolation, provided that it follows a secular policy away from sectarianism, militias and corruption. These are the keys to a solution that America or any other force from outside cannot do, because it is the sole task of Iraqis, at a time when American politics is not subject to personal whims as much as it depends on institutions.

These were the details of the news Iraqis between Trump and Biden for this day. We hope that we have succeeded by giving you the full details and information. To follow all our news, you can subscribe to the alerts system or to one of our different systems to provide you with all that is new.