Terrorist Abdullah Al-Sharif asked to establish a sexual relationship with me... 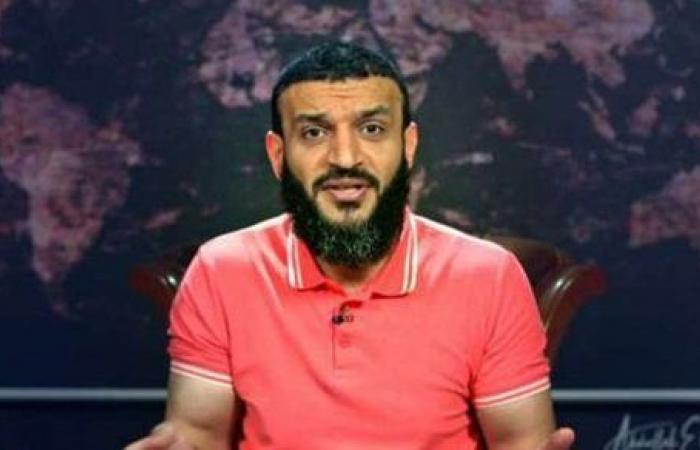 An Arab girl named Reem attacked the fugitive terrorist Abdul Sharif, saying: “He has no problem with what is permissible or forbidden as long as he does so in secret.

Reem added, during a telephone conversation with Extra News, he was with me in a hotel and disgraced the chest, and his wife sent him some things and he started talking to them about religion, so I told him you believe yourself, you are disgraced with me, pointing out that he does not pray and listen to songs.

She explained that the fugitive terrorist does not have a dear and traitor to all, pointing out that he fabricated a video against Egypt in Turkey that cost him 24 thousand dollars.

And she continued, saying: “I asked him, I told him,” If there is a revolution in Egypt, you will live there. He told me, No, I will not live in a country like this. ”

The girl in embarrassment indicated during the intervention that when he was talking to her on the phone, she heard him make strange noises as if he was having a sexual relationship on the phone, and he asked me about the matter explicitly.

Reem added that the fugitive Abdullah Al-Sharif told her that he had established many sexual relations with Qatari women in exchange for money.

The “MBC Egypt” satellite channel showed leaks to Abdullah Al-Sharif, the week The past between him and a girl named “Reem”, and Reem revealed in these leaks, that Abdullah Al-Sharif wanted to have a sexual relationship with her, but she refused.

Reem continued, “Abdullah Al-Sharif is not one of the Brotherhood and they are not interested in anything..It is a dog for his interest, but he lives in an area called Al-Sadd … behind the area where I live..and he has a luxury four-wheel drive car.

Reem explained in the leaks, that Abdullah Al-Sharif wanted her to go to him in Qatar and he always said that his passport was in Egypt so that certain things could be cleared with him, and he always avoided traveling abroad because he was being pursued by security.

She indicated that Abdullah Al-Sharif is a very liar because he does not travel with his Egyptian passport, but he has a Turkish passport with which he travels to all countries of the world with ease.

These were the details of the news Terrorist Abdullah Al-Sharif asked to establish a sexual relationship with me... for this day. We hope that we have succeeded by giving you the full details and information. To follow all our news, you can subscribe to the alerts system or to one of our different systems to provide you with all that is new.