Video .. Watch the moment Ahmed Fahmy clashed with Shikabala at... 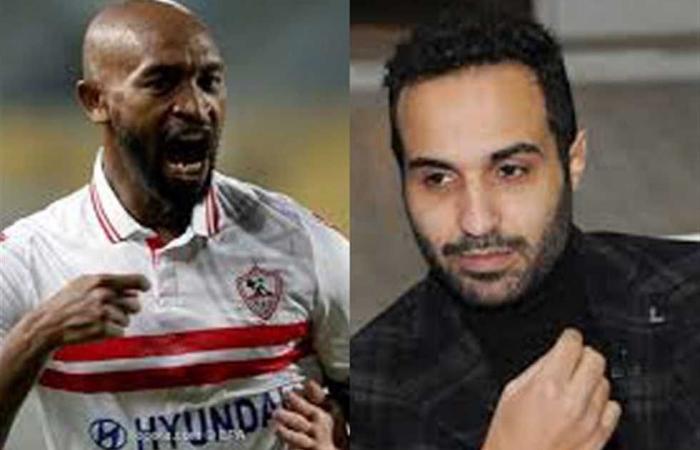 A video spread on social media revealed the first moments of the artist Ahmed Fahmy’s clash with the commander of the White Castle, Mahmoud Abdel-Razek Shikabala.

In the video, published by photographer Ahmed Mostafa Santiago, photographer of Zamalek Club, “Fahmy” was shown embracing Shikabala and talking to him with a smile, at a time when the Zamalek player appeared excited, after which “Fahmy” was activated in his turn and some intervened to separate them.

The dispute between “Fahmy” and “Shikabala” had started since the Super match, when the leader of Zamalek made inappropriate signals to the Al-Ahly fans, which “Fahmy” objected to, while it was renewed during the wedding after the player of the White Castle insulted Al-Ahly fans. It is the artist from the Red Castle, according to many accounts.

These were the details of the news Video .. Watch the moment Ahmed Fahmy clashed with Shikabala at... for this day. We hope that we have succeeded by giving you the full details and information. To follow all our news, you can subscribe to the alerts system or to one of our different systems to provide you with all that is new.