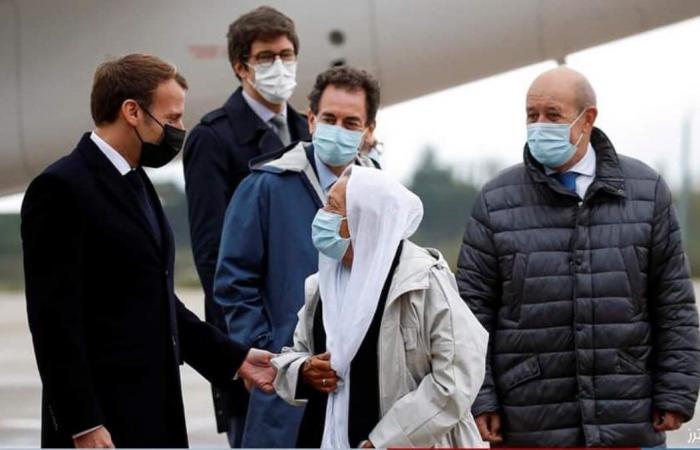 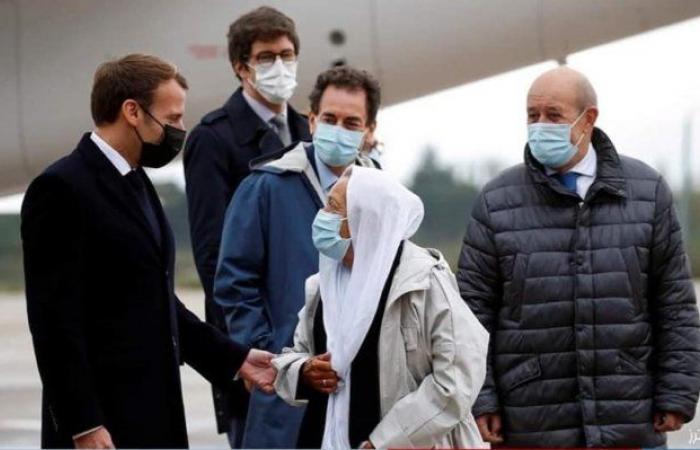 French hostage Sophie Petronin (75 years), liberated in Mali, announced on Friday her conversion to Islam upon her arrival in her country, and called herself “Mary”.

The French website “Revolutionpermanente.tr” quoted “Sophie” as saying that she “will pray and seek blessings from God for the sake of Mali,” stressing that she “has become a Muslim and her new name is Mary.”

“After France, I will go to Switzerland, then go back to Mali to see what is happening there,” she told media outlets, “You say Sophie … But you have Maryam.”

The declaration of Islam to another French hostage in the world sparked the anger of the far-right and a new wave of anti-Islam, comments on social media showed. On the other hand, Muslim activists launched the tag (Macron is in crisisEmphasizing that it is the French President who is in crisis, not Islam.

Sophie was kidnapped on December 24, 2016, by gunmen in Gao, northern Mali, where she had been living for years and working for an organization to help children. She was released on Thursday, accompanied by financial dissident Sumaila Cisse, and two Italians in Mali.

Analysts believe that the rise of the phenomenon of “Islamophobia” in France came in the wake of a policy adopted by the government known as the “law of separatism.”

On Thursday, a number of intellectuals and representatives of non-governmental organizations in France criticized a bill for President Macron, which is currently being prepared, on combating “separatist and isolationist” ideas, and his targeting of Islam by describing Muslims as “isolationists.”

These were the details of the news “My name is Maryam” … Macron receives a freed French hostage... for this day. We hope that we have succeeded by giving you the full details and information. To follow all our news, you can subscribe to the alerts system or to one of our different systems to provide you with all that is new.