European Nations League .. The land of Ukraine Germany warns of... 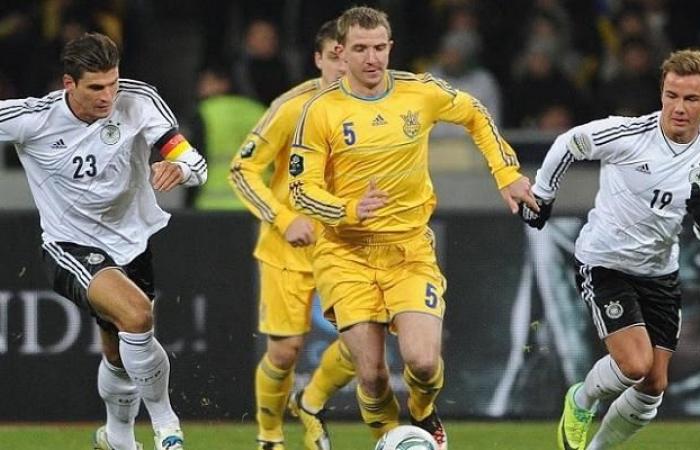 Germany will face a new obstacle in its troubled career in recent months, when it meets Ukraine in the third round of the European Nations League, on Saturday evening.

Germany did not achieve any victory in the first two matches with a 1-1 draw with Spain and Switzerland, although it was the initiative in scoring, to occupy third place in the group, two points behind the leaders “El Matador”, and one point behind runner-up Ukraine.

Since the return of international competitions after the suspension due to the Corona virus, coach Joachim Low’s men have not been able to achieve victory in the 3 matches he has played since last September, as he also tied with Turkey 3-3 in a friendly match, which was held last Wednesday.

In addition, the “machines” fought 6 matches in the European Nations League, both past and present, during which they did not achieve any victory, lost twice and tied in 4.

But apart from those disappointing numbers for the “Manshafts” fans, the Germans have another negative number with Ukraine, which reinforces the lack of a positive result on Saturday evening.

A negative history of the Germans

Although Germany has never lost against Ukraine in 6 official meetings between them, over the course of its direct confrontations with the rival coming from Eastern Europe, it has not achieved any victory in the latter’s hospitality during 3 previous confrontations.

The first clash was on 7 June 1997 for the 1998 World Cup qualifiers, and ended in a goalless draw, while Germany had previously won between its supporters 3-0.

Hinaday Zubov advanced to Ukraine after 18 minutes, but Michael Ballack equalized the machines after half an hour after the first half, while the third friendly tie came on November 11, 2011, 3-3.

Germany’s goals were scored by Toni Kroos, Simon Rolfs and Thomas Muller in the 38th, 65th and 77th minutes, while Andriy Yarmolenko, Javin Konolbianka and Sirhi Nazarenko (s 28, 36 and 45) signed the Ukraine hat-trick.

These were the details of the news European Nations League .. The land of Ukraine Germany warns of... for this day. We hope that we have succeeded by giving you the full details and information. To follow all our news, you can subscribe to the alerts system or to one of our different systems to provide you with all that is new.