Armenia and Azerbaijan .. Russia sponsors the armistice and warns Turkey 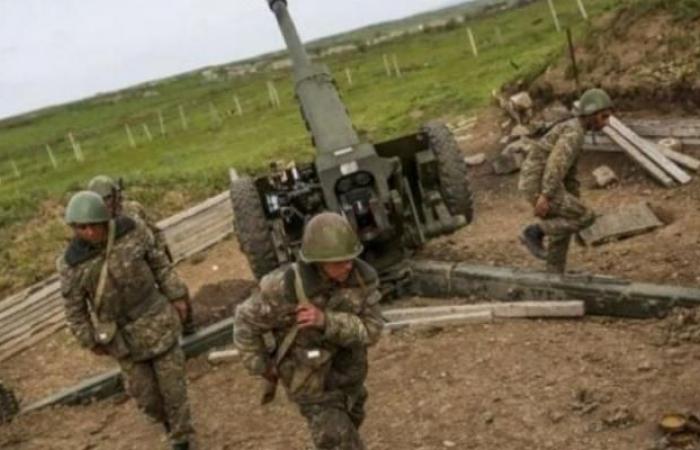 Advisor to the President of the Russian Federal Council Andrei Balkanov warned, Saturday, Turkey against acting unilaterally or aggressively in the crisis between Armenia and Azerbaijan.

Andrei Balkanov said, during a media interview, that Russia’s position is clear, which is the complete rejection of any military intervention or Turkish support to fuel the conflict in the Nagorno-Karabakh region.

The advisor to the President of the Russian Federal Council confirmed that any violation of these rules by the Turkish side will be answered decisively.

Turkey played a provocative role in the conflict between the two countries over the region, and sent mercenaries to fight on the side of Azerbaijan.

Last Tuesday, Armenian Prime Minister Nikol Pashinyan said that the clashes in the Nagorno Karabakh region were renewed and tense as a result of the unacceptable Turkish intervention with the support of Azerbaijan with arms and militias.

Canada also confirmed, through Prime Minister Justin Trudeau, that his country is investigating information about the use of Canadian forces, which are fighting against Armenian forces, of Canadian drones technology that was initially exported to Turkey.

Come to an agreement

On Friday, Russia invited the parties to the crisis to a negotiating table in the capital, Moscow, to defuse the burning crisis over the Nagorno Karabakh region.

After talks that lasted 10 hours, Russian Foreign Minister Sergei Lavrov said, at dawn on Saturday, that Armenia and Azerbaijan had agreed to a ceasefire to exchange prisoners and the dead bodies.

Lavrov made this statement after the conclusion of talks with his Armenian and Azerbaijani counterparts in Moscow.

He also said that Armenia and Azerbaijan have agreed to start talks on settling the conflict, and that the International Committee of the Red Cross will act as a mediator in the humanitarian operation.

These were the details of the news Armenia and Azerbaijan .. Russia sponsors the armistice and warns Turkey for this day. We hope that we have succeeded by giving you the full details and information. To follow all our news, you can subscribe to the alerts system or to one of our different systems to provide you with all that is new.