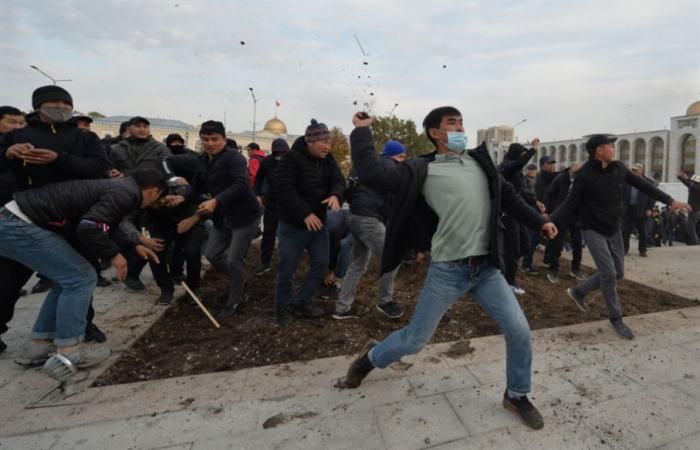 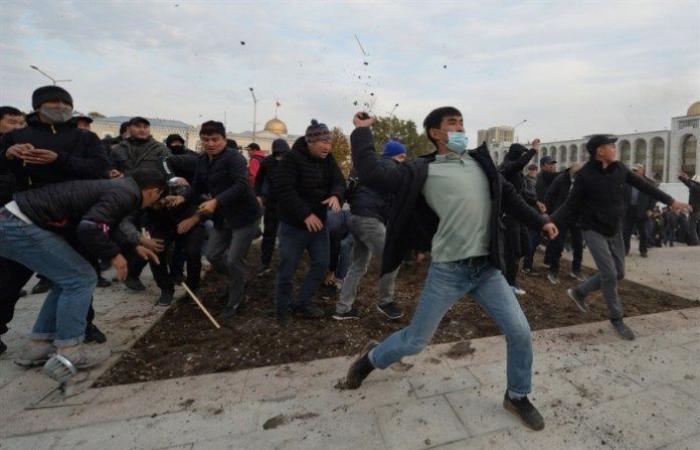 The President of Kyrgyzstan, Surunbay Genipkov, presented a set of proposals to solve the political crisis that has been exacerbated by the existing conflicts between the opposition currents, since the latter rejected the results of the legislative elections that took place last Sunday and decided to turn against them. Proposals that are intended to spare the country from further sinking into chaos and comprehensive political collapse, especially in light of the vacancy left by the resignation of the government and the outgoing speaker of parliament. While it is still too early to predict the direction of affairs, amid the acceleration of developments and the outbreak of clashes that have reached the point of fist-fights between protesters who support competing political factions, each of which declared the right to seize power and form a government, Genepkov declared a state of emergency in Bishkek, starting yesterday evening. Until October 21, the army is tasked with deploying in the neighborhoods of the capital to ensure security. At this time, four opposition parties formed the “Last Hope” coalition, and nominated the leader of the “Republic” party, Umar Bey Babanov, for the post of prime minister, with the aim of “uniting efforts, granting legitimacy and restoring confidence in the new power,” after the president signed the government dismissal decree And its president, Kubat Bey Borunov, provided that his deputies and ministers continue their work until a new government is formed.The crisis erupted in Kyrgyzstan after the victory of four out of 16 parties that managed to exceed the 7% threshold needed to enter parliament in legislative elections that the opposition says witnessed fraud and vote buying, before the election commission decided to cancel its results. A crisis seems likely to slide into fighting that emerged yesterday, when two demonstrations supporting competing political factions met, prompting Genipkov to declare a state of emergency and ban curfews in the capital Bishkek from eight in the evening until eight in the morning, expressing his readiness to resign, provided that there is a new legitimate government and that “We return to the path of legitimacy.” The Kyrgyz President proposed a plan that included dismissing the government, appointing new ones, and setting a date for the next legislative elections by the Central Elections Commission, after which he resigned. In response to the recent developments, Russia, through the words of the Kremlin spokesman, Dmitry Peskov, warned of “clear signs of chaos” in Kyrgyzstan, stressing the continuation of its contacts and its wishes for the stability of the situation as soon as possible.

These were the details of the news The Kyrgyzstan crisis is expanding for this day. We hope that we have succeeded by giving you the full details and information. To follow all our news, you can subscribe to the alerts system or to one of our different systems to provide you with all that is new.