8 teams qualify for the Euro-qualifying phase 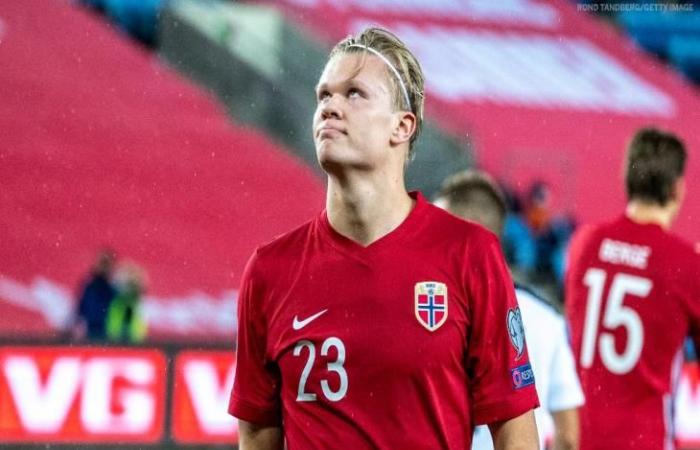 Today, Thursday, 8 matches were played in the first stage of the deciding round of qualifying rounds for the Euro 2020 European Cup, with two matches in each of the four tracks into which the play-off round activities were divided.

And postponed to the Euro Championship to be held in the summer of next year, after it was scheduled to be held last summer due to the repercussions of the emerging Corona virus, which causes Covid-19 disease.

The first track:
Hungary and Iceland are one step closer to qualifying for the European Nations Cup (Euro 2020), after they beat Bulgaria and Romania, respectively, in the qualifying round of the continental competition on Thursday.

Hungary won 3/1 against its host Bulgaria, while Iceland defeated its guest, Romania 2/1, so that the Hungarian and Icelandic teams meet together on November 12, to determine the ascendant team for the (Euro 2020) championship.

To see the goals of Hungary and Bulgaria, click here

The second track:
In the second track, the hopes of the Northern Irish and Slovak teams in reaching the finals were boosted after their victory over Bosnia and Herzegovina and Ireland, respectively.

The third track:
Serbia and Scotland continued their dream of ascending to the Euro 2020 championship, after defeating Norway and the Zionist entity, respectively, on Thursday.

Serbia won 2/1 against its guest, Norway after extra time, while Scotland defeated the Zionist entity, 5/3, with a penalty shootout.

To see the goals of Norway and Serbia, click here

Fourth track:
Georgia and North Macedonia took a step towards achieving their dream of qualifying for the European Nations Cup, after defeating Belarus and Kosovo respectively in the qualifying play-off round for the continental competition.

Georgia defeated its guest Belarus 1/0, while North Macedonia won 2/1 over its guesthouse Kosovo, so that the Georgian team will meet with its North Macedonian counterpart on November 12, to determine the team that qualified for the Euro 2020 tournament.

These were the details of the news 8 teams qualify for the Euro-qualifying phase for this day. We hope that we have succeeded by giving you the full details and information. To follow all our news, you can subscribe to the alerts system or to one of our different systems to provide you with all that is new.