A major split over the amendments: the countdown to the constitution... 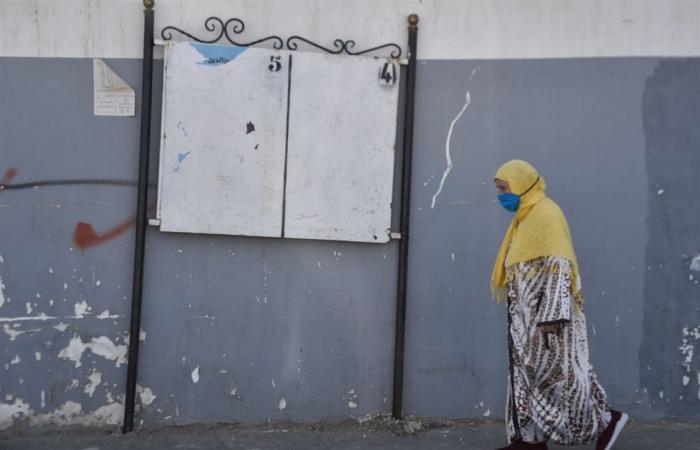 Algeria | The draft constitutional amendment is generating controversy in Algeria, with the approaching referendum scheduled for the first of November, in view of the many opposing opinions that fill the political arena regarding the text presented for the vote. The authority presents this project as the beginning of the era of “new Algeria” and the change that Algerians demanded after leaving the millions in the popular movement. But this view is far from achieving consensus in political circles, for many reasons, sometimes related to some articles of the text, and other times to the way it was prepared and passed to Parliament, which, according to critics, fell short of the minimum level of consensus required in the supreme text of the country. The new text includes many amendments, in various chapters related to rights, freedoms, the balance of powers and identity issues, in addition to the approval of entirely new articles related to the role of the army outside the country, and the regulation of the relationship between the president and the prime minister. However, the structure of the approved political system has not changed. The semi-presidential system was preserved, with wide powers devoted to the President of the Republic, who embodies the unity of the nation, who is the supreme commander of the armed forces and the Minister of National Defense. In the final version, it was taken into account to exclude some of the problematic articles that were previously mentioned in the draft, such as the position of Vice President, which was met with many criticism, given that it was mentioned in the draft by means of appointment and not election.
It is noteworthy that this constitutional amendment created a new political map around it, after the disintegration of the general political scene in the country, following the fall of former President Abdelaziz Bouteflika, and the cracking of all the parties that supported him. So far, all the parties that supported the former president’s fifth term appear to be united in the team of those calling for the “yes” vote on the constitution. Among them is the “National Liberation Front”, which is trying to return to the scene, through the gate to support the constitution, after it was exhausted by political scandals and its presence declined significantly. Also on the side of those who support the “National Democratic Rally” party, whose former Secretary General, Ahmed Ouyahia, is in prison, as well as the “Rally of Amal Algeria”, the Algerian Popular Movement and the National Republican Alliance. Outside of the former president’s loyalists, the draft constitution enjoys the support of other parties such as the Future Front, with a strong possibility of support from the Binaa movement.
In his statements in support of the draft constitution, Abul Fadl Baaji, Secretary-General of the National Liberation Front Party, which has the majority in the elected councils, said that the new text came with new axes and principles that would bring about a “real revolution” in the path of reform, especially in the field of freedoms and rights. And the separation of powers. It is also mentioned that the constitutional amendment contains “clear parameters” for the political approach upon which governance in the country is based. As for the Secretary-General of the National Republican Alliance, Belkacem Sahili, he believes that the project achieved an acceptable balance between the powers under the semi-presidential system, by strengthening parliamentary oversight over government work, subjecting some presidential decisions to the approval of Parliament, and clarifying the issue between the two cases of the presidential majority And Parliamentary.

But on the other side, those who reject the draft constitution see the exact opposite. This category forms the basis of the Islamic parties that believe that there is a danger to the country’s identity and its Arab-Islamic expansion behind the adoption of this constitution, but they also raise reservations on other fundamental issues related to the balance of powers, the powers of the President of the Republic, and the articles of rights and freedoms and others. For example, the head of the Front for Justice and Development, Abdullah Jaballah, rejected the constitutionalization of the Amazigh language as an official language in addition to Arabic, and its inclusion in the deaf, non-modifiable articles. Those with advanced opinions, who are usually from Islamic and Arab nationalist currents, believe that the establishment of multilingualism in the country will pave the way for its division, as happened in other countries such as Sudan, for example.
For his part, Abdul Razzaq Maqri, head of the Peace Society Movement, the largest Islamic movement in the country, raises reservations about some articles that talk about the neutrality of the mosque and the school, and he considers this an introduction to secularizing society. However, this party, which was usually ranked third in legislative elections behind the two power parties, also believes that the powers of the president of the republic in the project are exaggerated, and that there is confusion regarding who should lead the executive branch. On this point, the draft refers to two cases produced by the legislative elections, namely the parliamentary majority and the presidential majority. It says that the president appoints a head of government in the first case, and a first minister in the second case. However, what the “Peace Society Movement” was demanding is the appointment of the Prime Minister directly from the party winning the elections. Outside the circle of participants, whether by accepting or rejecting the project, boycotters or those who consider themselves not involved in this referendum stand, because the draft constitution was not from the outset a consensus, according to them. This row is led by the forces of what is known as the “democratic alternative,” and it includes the currents of the far left, the moderate left, and figures from the human rights world. In their belief, the constitution should be written by way of a foundational path, although they differ among themselves. Between those who see the need to elect a constituent assembly, and those who call for a tribal dialogue to agree on the contents of the constitution and hand over the writing matter to a specialized committee. Despite their rejection of the constitution-making method, some of them, such as the “Labor Party” led by Louisa Hanoune, paused at length to the text of the text approving the possibility of sending military forces abroad if two-thirds of parliament approved, and considered this a deviation from the military doctrine For the country, built on non-interference in the affairs of other countries. Within the boycott circle, there are also non-partisan activists who generally reject what was built on the course of the presidential elections that brought Abdel-Majid Tebboune as president, and consider participation in the referendum, whether by acceptance or rejection, as an engagement in the power strategy.
At the level of the major state institutions, there appears to be great harmony between the entrepreneurial presidency and the military establishment. The Army Magazine considered that the draft amendment to the constitution reduces the suffering of the citizen and opens the door to hope for him. All statements made by the Chief of Staff, Saeed Chengriha, go to blessing the referendum and to ensure its success. Despite the apparent opposition, many observers believe that the draft constitution, on which President Taboun places heavy bets, will not find it difficult to cross the fund station.

These were the details of the news A major split over the amendments: the countdown to the constitution... for this day. We hope that we have succeeded by giving you the full details and information. To follow all our news, you can subscribe to the alerts system or to one of our different systems to provide you with all that is new.