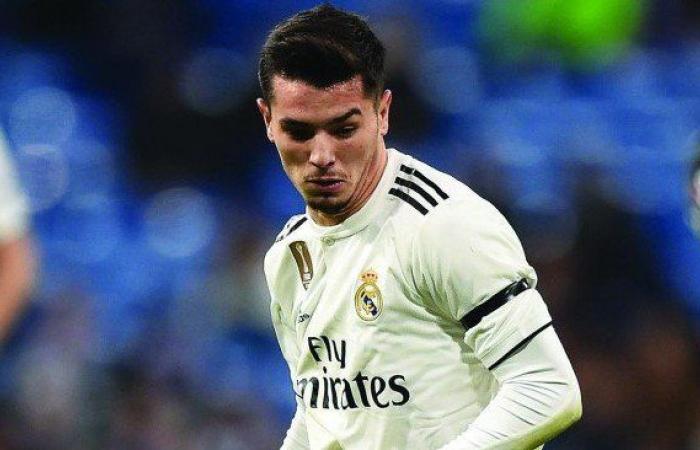 Sport 360 – The young star Ibrahim Diaz, a player, revealed Real Madrid The Spaniard is on loan to a club Milan The Italian, on his first impression upon meeting his current colleague in the Rossoneri, the Swedish star Zlatan Ibrahimovic, also unveiled the advice given to him by the technical director of Merengue Zinedine Zidane.

Diaz: The Real Madrid coach loves me … and Zlatan is a wonderful person

In an exclusive interview with the Spanish newspaper “Marca”, Diaz spoke about several topics, while he answered a question about his first impression upon meeting the Swedish star Zlatan Ibrahimovic, to say: “When I got to Milan’s dressing room, the first person I saw was Ibrahimovic, we have already seen how much he is. Awesome as a player, he’s proven it for a long time and he’s still doing it. ”

“Well, as a person, he’s just the same, he’s always trying to help and he’s a great person,” added the Spain U-21 national team player.

From Ibrahimovic to Zinedine Zidane, the young player expressed his opinion about his former coach in the Merengue and the advice the French gave him, saying: “Zidane was a great player and he is a coach looking to win. I have a lot of love for him and I know he loves me too.”

“He (Zidane) always gave me good advice. He used to tell me to be myself and to show my good football,” said the player, who fought five matches in Milan until the moment, scoring one goal.


These were the details of the news Real Madrid news: Diaz reveals his first impression after meeting Ibrahimovic... for this day. We hope that we have succeeded by giving you the full details and information. To follow all our news, you can subscribe to the alerts system or to one of our different systems to provide you with all that is new.