Despite her death 23 years ago, a blind fortune teller predicted... 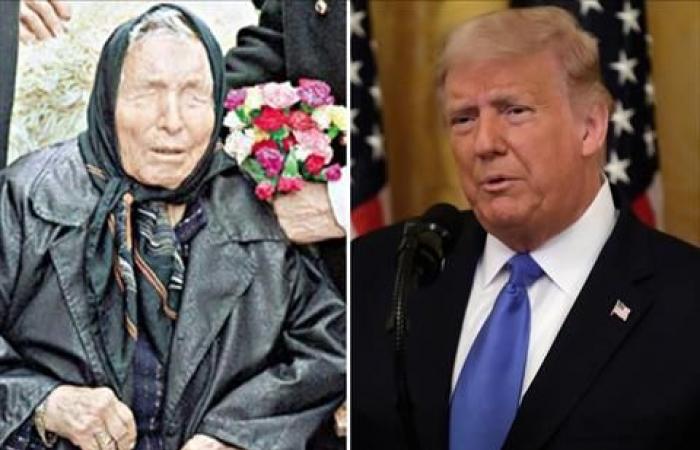 
The blind old Bulgarian fortune-teller, Baba Vanga, also known as Nostradamus of the Balkans, predicted that the US president will suffer a mysterious disease in 2020 that will leave him deaf and swollen in the brain.

According to the British newspaper “The Sun”, despite her death 23 years ago, some say that she had supernatural powers and the ability to see the future.

According to the blind Balkan woman, 5079 will be the year the universe ends.

Vanga grew up on a farm and was blinded by a dust storm, possibly giving her a second look and super-predictable ability, according to her fans.

Just before her death at the age of 85, Vanga made a series of predictions for 2020, saying that the forty-fifth president of the United States will succumb to an unknown disease at some point in the near future.

The disease will cause hearing loss, tinnitus and trauma to the brain.

Some claim that this was an accurate prediction for the Corona virus, which the president tested positive for, earlier this week, as Trump was transported, on Friday, by helicopter from the White House to a medical center near Washington, DC, after he was infected with the deadly virus on Thursday.

This comes after it was reported that Trump was struggling to breathe, as White House doctor Sean B. Conley said he had given him a dose of remdesivir.

This is not Babas only prediction that fans claim to be accurate. In 1989, the blind Gharafa predicted the attacks of September 11th, and said: “The terror of the terror of the American brothers will fall after being attacked by the steel birds … the wolves will howl in the jungle and the blood of innocent people will flow.”

Followers of the blind woman, who died in 1996, believed she correctly predicted a number of major events in world history, including Brexit and the formation of ISIS.

However, not everything she predicted was correct, as the president’s illness was supposed to happen sometime in 2019.

Baba Vanga also predicted that there would be a nuclear war in the years 2010 to 2014, but that did not materialize.

These were the details of the news Despite her death 23 years ago, a blind fortune teller predicted... for this day. We hope that we have succeeded by giving you the full details and information. To follow all our news, you can subscribe to the alerts system or to one of our different systems to provide you with all that is new.