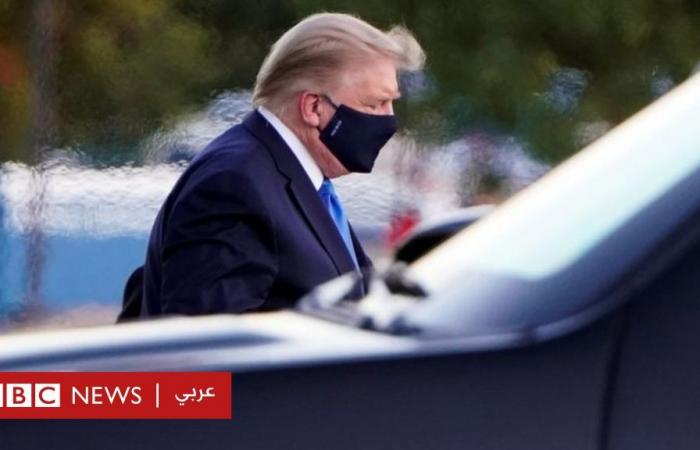 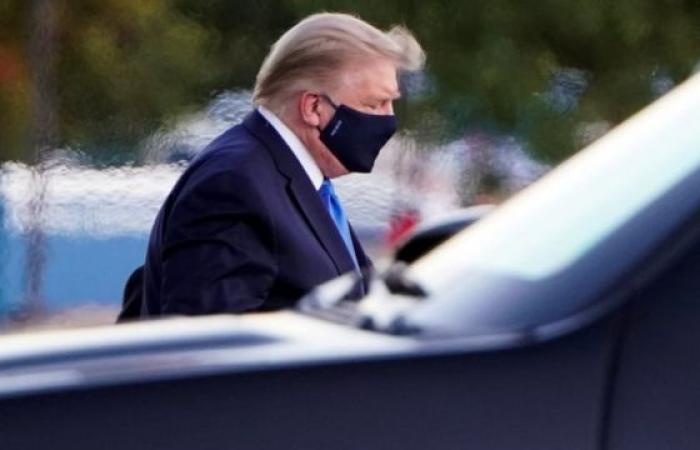 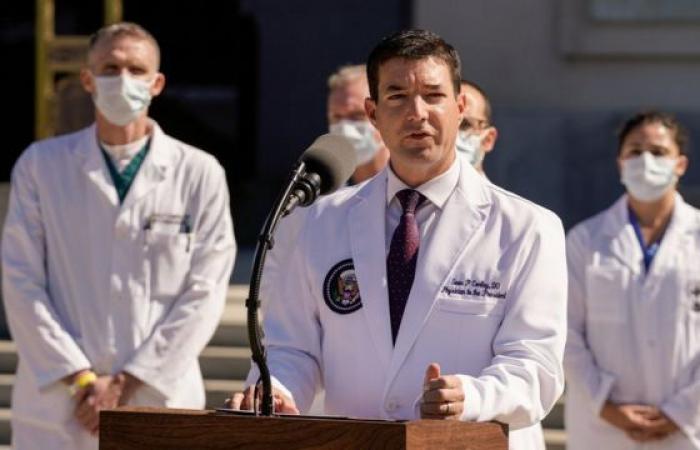 Doctors of US President Donald Trump say he is in “very good” condition in hospital after being diagnosed with Covid-19 disease, but their version is in dispute.

Doctor Sean Connelly said the president does not need extra oxygen at this time and has not had a fever in the past 24 hours.

Shortly after Trump’s doctor spoke, the White House chief of staff expressed concern about the president’s condition, saying he was not on a clear path to recovery yet.

Trump is set to face rival Joe Biden in the presidential election on Nov.3.

Trump’s diagnosis, announced by the president in a tweet early Friday, turned his campaign upside down and cast doubt on his attempt to appoint a new Supreme Court judge before Election Day.

The president is expected to stay at Walter Reed National Military Medical Center near Washington, DC, for “a few days,” according to the White House. Dr. Conley said he was “cautiously optimistic” about Trump’s condition, but could not give a timetable for his discharge.

The doctors ’assessment contradicted what Mark Meadows, the White House chief of staff, told The Associated Press that the president’s vital signs over the past 24 hours had been” very worrying “and that the next 48 hours would be critical.

The president is considered among the group most at risk due to infection with Covid-19, as he is a male, and at the age of 74, and is classified as obese. So far, he has received injections of a combination of experimental drugs and the antiviral drug remdesivir.

The president later wrote on Twitter: “The doctors and nurses and all the wonderful staff at Walter Reed Medical Center, and other people who have joined them from similar wonderful institutions, are amazing … With their help, I feel good.”

What else did the doctors say?

Speaking at a Saturday morning press conference, Doctor Conley refused to say whether the president had received oxygen support despite being asked about the matter several times. He said, “He’s not receiving any oxygen support at this moment, and yesterday with the team, when we were all here, he wasn’t on (the) oxygen.”

Shortly thereafter, US media reported that doctors provided the president with additional oxygen at the White House on Friday before deciding to transfer him to the Walter Reed Center. It was not clear if he needed oxygen because he had difficulty breathing.

Conley also said that some of the president’s symptoms, including a mild cough and nasal congestion, “are fading and getting better now,” adding, “At this time, the team and I are very happy with the progress the president has made.”

There was also some confusion after he said that the medical team has been dealing with the president’s illness since the injury was diagnosed “72 hours ago”. If confirmed, it indicates that Trump may have attended two major campaign events with knowledge that he was injured.

Later, Conley explained in a statement issued by the White House that he intended to say “the third day” instead of 72 hours, and said that the president was diagnosed with Covid-19 for the first time Thursday evening.

Conley added that First Lady Melania Trump, who also tested positive for the virus and is staying in isolation at the White House, was “in very good condition.”

Those close to the president tested positive?

Connelly did not respond to questions about when and where Trump was believed to have been injured. But the busy event in the Rose Garden last Saturday, in which the president formally announced his candidacy for conservative Amy Connie Barrett for the Supreme Court, has become an intense focus.

Along with the president and first lady, six other people close to the president have now been confirmed to have the virus. On Saturday, Trump campaign advisor and former New Jersey Governor Chris Christie became the latest to report a positive test result.

Other people who tested positive for Trump include his close associate Hope Hicks – who is believed to be the first to exhibit symptoms – and campaign manager Bill Stephen and former White House adviser Killian Conway.

Meanwhile, Senate Republican Majority Leader Mitch McConnell said that the House would postpone its work in full session until October 19, but that work on the Judicial Committee – which is considering Judge Barrett’s nomination – would continue.

Trump remains in charge. A test showed that Vice President Mike Pence, to whom the president would temporarily transfer power under the Constitution if he became too ill to carry out his duties, was uninfected.

The president was last seen publicly on Friday evening. Before being transferred to the military hospital, he waved to reporters and raised his thumb indicating that everything was fine, but he said nothing before boarding his helicopter.

One would imagine that the purpose of the White House medical team press conference is to reassure the public that the president is in good health and that the country’s top medical experts are at the helm. Instead, they create more confusion.

The schedule was further disturbed after it was revealed that the president had received antiviral treatment 48 hours earlier – also before announcing his infection. All this required a swift response from the White House. And this wasn’t the only time during the Trump presidency that the White House Communications Office had to issue clarifications on a particular issue.

It is important for the White House to communicate clearly with the American people – and the world at large, as allies and enemies closely watch the American situation. This is not just a health issue for the president, it is a security issue for the entire nation.

These were the details of the news Trump infected with Corona virus: Contradictory statements about the health condition... for this day. We hope that we have succeeded by giving you the full details and information. To follow all our news, you can subscribe to the alerts system or to one of our different systems to provide you with all that is new.