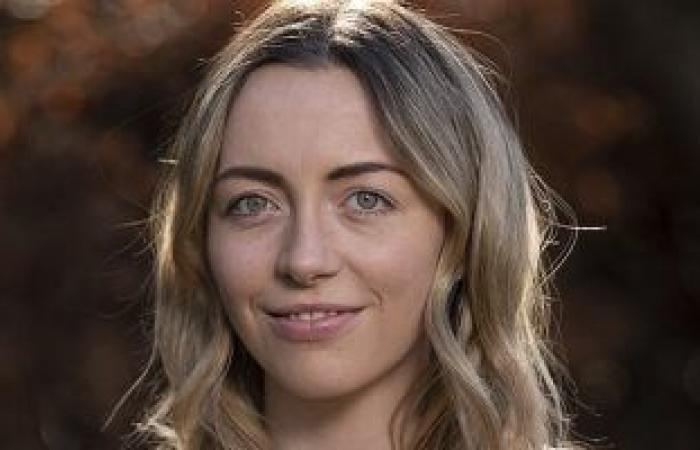 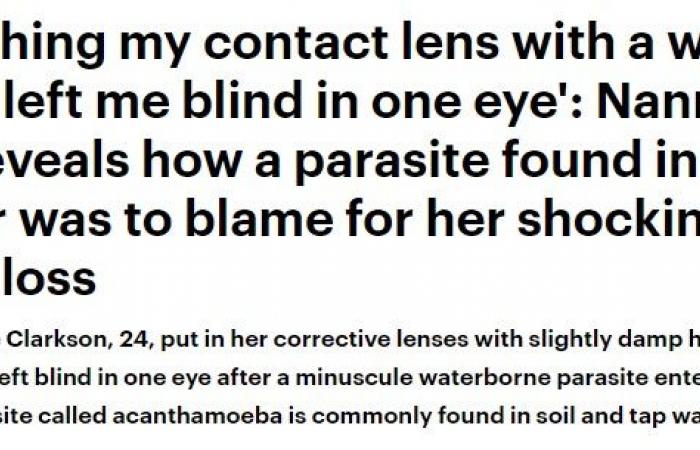 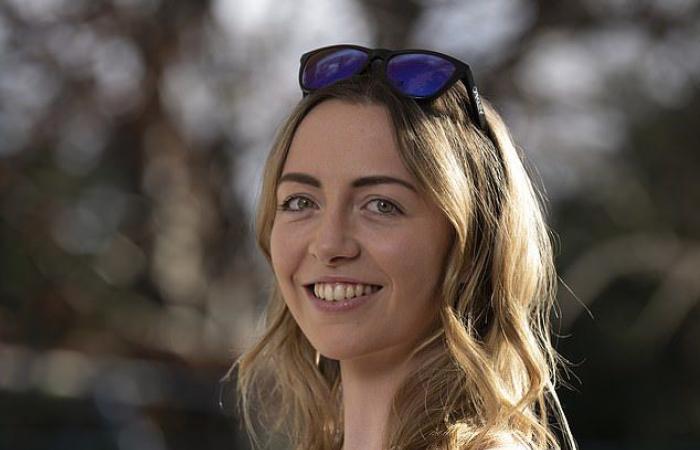 A British girl lost her eyesight in one eye after touching her contact lenses with a hand moistened with water, where a small waterborne parasite called Acanthamoeba Her right cornea, the clear front part of the eye, to completely lose vision in this eye, according to what was published by the British newspaper “Daily Mail”.

And like a lot of people who don’t like to wear glasses, Charlotte Clarkson, 24, believed that night corrective lenses, which reshape the front of the eye while sleeping so she can see better in the day, was the perfect way to improve her eyesight.

But one day, her wet hands touched the lenses, and a small parasite with water penetrated the cornea in the right eye, and it is alarming that chocmeba keratitis, a condition that left her blind, is increasing dramatically.

وفتيل Acanthamoeba Common in soil and water including tap water, it can get into the eyes through gardening, but the main reason is poor contact lens hygiene.

When the water droplets containing the microscopic parasite get trapped between the cornea and the contact lens on the cornea, the insect is able to pierce the eye. It literally eats the cornea, causing severe pain and severe sensitivity to light and in at least a quarter of cases, blindness and vision loss.

The latest figures from University College London and Moorfields Eye Hospital show that the number of cases in England has increased from an average of 18 cases per year in 2011 to 50, and worldwide, up to three million people develop the condition each year. 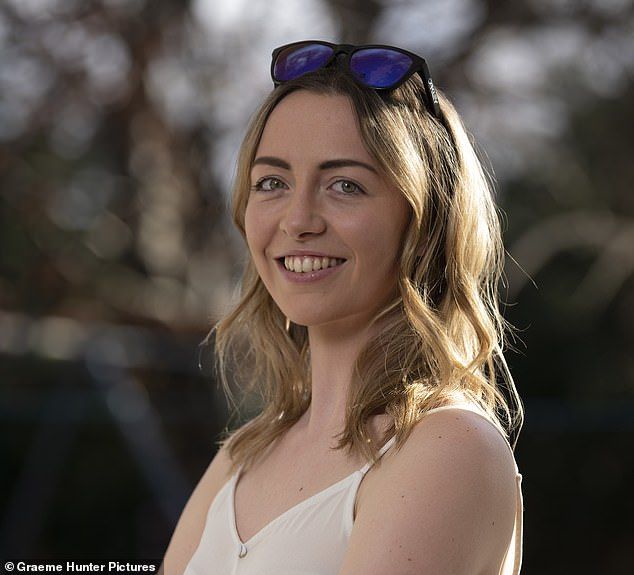 About 95% of injuries occur to contact lens wearers, according to research from the Association Fight For Sight Charity.

The risk is higher for those who have night or reusable lenses, simply because people are more likely to clean their lenses in water.

While many optometrists caution patients against showering or swimming while wearing their lenses, or cleaning them with tap water, should they be contaminated, manufacturers are not obligated to carry warnings on their packaging.

Users also may not realize that exposure to trace amounts of water can be enough to cause harm.

Charlotte said, “I knew it was dangerous to shower or swim with any type of contact lens, but I had no idea that even the slightest contact with water could have such devastating effects of intense pain whenever her eye was exposed to light.”

Charlotte was working in a children’s holiday camp during a trip to Canada two years ago when the parasite reached her right eye.

One night, she put on the corrective lenses – which she had been wearing since she was 13 – as normal before going to bed, only to wake up the next morning with what felt like a chunk of pellet in her eye.

When her eyes became increasingly painful, red, and inflamed over the next few days, the doctor diagnosed a particularly aggressive condition – a small inflamed lump on the eyelid, which would go away on its own.

Charlotte was still in pain two weeks later, and she got a second opinion from an optometrist, who confirmed she had a boil and prescribed a course of antibiotic drops.

But her eyes continued to deteriorate over the next few weeks, becoming increasingly painful and sensitive to light, and Charlotte’s boss insisted that she take her to an ophthalmologist.

Charlotte was diagnosed with herpes simplex keratitis – an infection caused by the cold sore virus – but the steroid drops she was given didn’t help, and her eye became much more sore.

In fact, she became inflamed and sensitive to light during the following month, as she was hospitalized for tests and prescribed for a week in a dark room at home by that time, the right side of Charlotte’s face was severely swollen and her vision was blurred as well.

Only then, eight weeks after her first sore eye, did a specialist at the hospital where she was treating Charlotte asked whether she was wearing contact lenses – and if there was any way they could have been exposed to water.

Charlotte said, “I remembered that in order to avoid using a common towel at camp, I often washed my hands before I got ready to sleep and put on my contact lenses.”

These were the details of the news A girl loses her eyesight after touching contact lenses with a... for this day. We hope that we have succeeded by giving you the full details and information. To follow all our news, you can subscribe to the alerts system or to one of our different systems to provide you with all that is new.