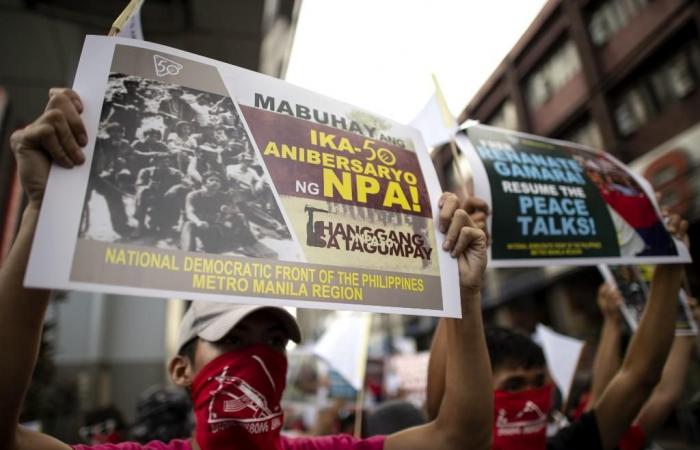 The claims were made in a story published on Sunday by right-wing website Project Veritas, the founder and CEO of which is Conservative activist James O’Keefe. It alleges that workers with connections to Omar were involved in illegal “ballot harvesting” in Minnesota’s 5th Congressional District, which she has represented since 2019, and that some voters were paid to vote for Democratic candidates.

Ballot harvesting refers to a practice in which a third party collects completed absentee ballots from voters’ homes and drops them off at polling stations. This is not illegal in many states, but there are often limits on how many ballots one person can harvest.

In a message posted on Twitter, Trump said: “This is totally illegal. Hope that the U.S. Attorney in Minnesota has this, and other of her many misdeeds, under serious review??? If not, why not???”

The Project Veritas story, which was published on the same day as the New York Times published details of Trump’s tax returns, includes details of a series of videos it said was posted on Snapchat in early July by Liban Mohammed, the brother of Minneapolis City Council member Jamal Osman. In them, he talks about harvesting ballots to help his brother in an Aug. 11 city council election.

O’Keefe claimed that the extent of the ballot harvesting was astounding.

“Ballot harvesting is real and it has become a big business,” he said. “Our investigation into this ballot-harvesting ring demonstrates clearly how these unscrupulous operators exploit the elderly and immigrant communities — and have turned the sacred ballot box into a commodities trading desk.

“We are showing Americans what is really going on in one of our great cities — but, it's not me saying — we have the operators on tape saying it all themselves.”

Last month, Omar won the 5th Congressional District’s Democratic Primary and will face Republican Lacy Johnson in the Nov. 3, 2020 General Election. The district — which was previously held by Keith Ellison, who is now Minnesota’s Attorney General — is overwhelmingly Democratic and Omar is expected to easily win.

Omar’s office did not respond to a request for a comment about the Project Veritas story. Newsweek reported that a spokesperson for the congresswoman stated that Mohammed does not work for her.

In response to Trump’s tweet, Omar wrote: “Years of tax evasion … Trying to rush through the confirmation of a right-wing extremist Supreme Court nominee … Lies and inaction that have lead to the preventable deaths of 200,000 people. This is what we’re up against. Stay focused.”

Minnesota is one of several “battleground states” in the upcoming presidential election, in which the result is expected to be very close. In 2016, Hillary Clinton won the state with 46.4 percent of the vote to Trump’s 44.9 percent — a difference of only 44,593 votes.

These were the details of the news Philippine president Duterte calls out Facebook after ‘arbitrary shutdown’ of accounts for this day. We hope that we have succeeded by giving you the full details and information. To follow all our news, you can subscribe to the alerts system or to one of our different systems to provide you with all that is new.