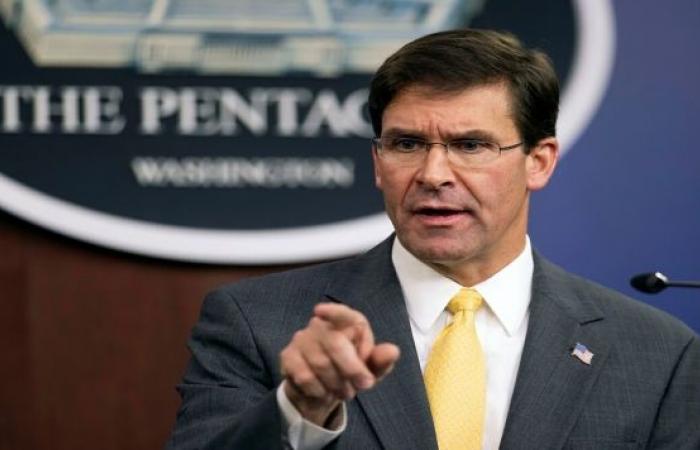 This week, US Defense Secretary Mark Esper is heading to the Maghreb on a tour during which he affirms the United States ’commitment to the security of the region and discusses ways to strengthen cooperation against terrorist organizations, especially with Algeria, which will be the first Pentagon president to visit in 15 years.

Esper will start his first tour to Africa since he assumed the defense portfolio, tomorrow, Wednesday, in Tunisia, where he will meet President Qais Saeed and his Tunisian counterpart, Ibrahim Albertaji, before delivering a speech at the American military cemetery in Carthage, where the American soldiers who fell in North Africa during the war are lying Second World.

A US military official said that the aim of Esper’s visit to Tunisia is to strengthen relations with this “great” ally in the region and to discuss the threats posed to this country by terrorist organizations, such as ISIS and Al Qaeda, in addition to “regional instability in the African continent.”

On Thursday, Esper will arrive in Algiers, where he will hold talks with President Abdelmadjid Tebboune, who also holds the posts of Commander of the Armed Forces and Minister of Defense.

According to the same source, Esper intends to “deepen cooperation with Algeria on major regional security issues, such as the threat posed by terrorist groups.”

US military officials regularly visit Tunisia and Morocco, which are linked to the United States by steadfast defense cooperation, but Esper will be the first US defense secretary to visit Algeria since Donald Rumsfeld in February 2006.

The American Secretary ends his Maghreb tour Friday in Rabat, where he will discuss ways to “strengthen the fundamentally close relations” in the security field with Morocco, which hosts the “African Lion” military exercises that are held annually under the leadership of AFRICOM (the American military command in Africa).

These exercises were canceled this year due to the COVID-19 pandemic.

The source did not clarify whether the Moroccan monarch, King Mohammed VI, would receive Esper during this visit.

These were the details of the news A Maghreb tour by the US Secretary of Defense this week... for this day. We hope that we have succeeded by giving you the full details and information. To follow all our news, you can subscribe to the alerts system or to one of our different systems to provide you with all that is new.