“Territory of blood” … the “unspoken” reason for the Nagorno-Karabakh fighting 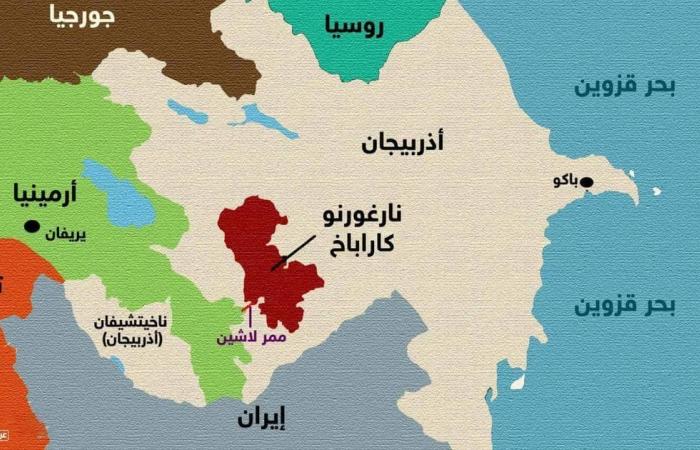 Official sources confirmed, on Monday, an increase in the number of deaths in the ranks Armenian militants To reach the dozens, specifically 84, as announced The Azerbaijani army Civilians fall and hundreds are injured during the ongoing clashes.

The Armenian militants also confirmed that they had regained control of some of the lands that they lost in the battles of the first day, accused Azerbaijan using Heavy artillery In the bombing, Armenian sources talked about closing the road leading to the northern part of the Nagorno-Karabakh region.

While the intensity of the fighting led to the suspension of flights at Baku airport in Azerbaijan due to the declaration of a state of war, the President of Azerbaijan signed a decree declaring a state of partial general mobilization in the country, a step that came after the Armenian Prime Minister announced the implementation of Martial law And public mobilization in his country.

But what is the “conflict story” in Nagorny Karabakh, where is the disputed territory located, and why is fighting raging again?

The following are the international positions on the conflict

These were the details of the news “Territory of blood” … the “unspoken” reason for the Nagorno-Karabakh fighting for this day. We hope that we have succeeded by giving you the full details and information. To follow all our news, you can subscribe to the alerts system or to one of our different systems to provide you with all that is new.