Study: The lack of this substance in the body leads to... 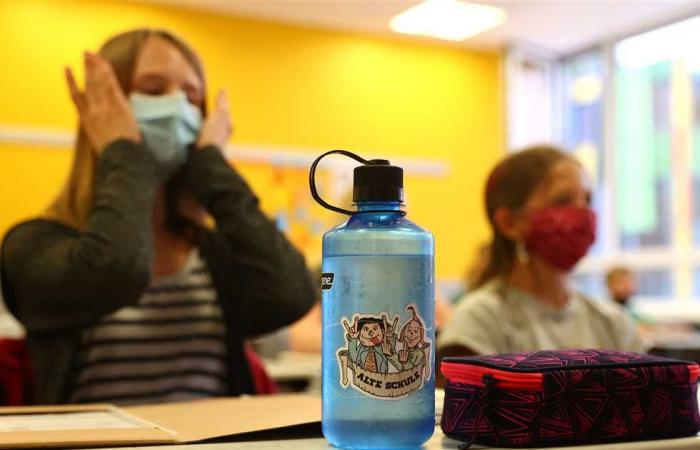 A recent study published by “Bloomberg” agency confirmed that the lack of “interferon” in the human body may lead to a deterioration in the cases of those infected with the Coronavirus, according to “Russia Today” website.

The agency said, “When two brothers in the United States were infected with the (Covid-19) virus at about the same time last March, the doctors were confused, as both of those infected were young people (29 and 31 years) and were in good health, however. Within days, they could not breathe on their own, and one of them died tragically. ”

Two weeks later, two other brothers in their twenties were discovered in the Netherlands, where geneticists were called to study and verify the matter, and to find out the extent of the genetic factor’s influence on cases of infection with the Coronavirus. After the study ended, the scientists discovered that “there is a new path that may lead to an understanding of the nature of severe cases with different genetic changes and sex, and to know the cause of the loss of immune function.”

They emphasized that “this path may bring a new approach to treating thousands of Coronavirus patients,” stressing that the common denominator in the research is the absence of a substance called “interferon”, which helps coordinate the body’s defense against viral pathogens and can be implanted to treat other conditions such as hepatitis Gastric.

The substance is small proteins of several types produced by activated T lymphocytes, as mounting evidence indicates that a minority of Corona patients may develop severe disease due to a weak antiviral response.

Two prominent studies published in the journal “Science” showed that “insufficient interferons may lie at a dangerous turning point in Coronavirus infection.

For his part, Professor Shane Croty at the Infectious Diseases and Vaccine Research Center at the La Jolla Institute for Immunology in California said: “It seems that this virus has one big trick … this big trick is to avoid the primary innate immune response for a long period of time. In particular, avoid an early response of type 1 interferon, specifically interferon.

The study sheds light on the substance that includes drugs such as remdesivir and convalescent plasma produced by Gilead Sciences, which is a component of recovered patients’ blood, which may contain beneficial immune factors.

These were the details of the news Study: The lack of this substance in the body leads to... for this day. We hope that we have succeeded by giving you the full details and information. To follow all our news, you can subscribe to the alerts system or to one of our different systems to provide you with all that is new.