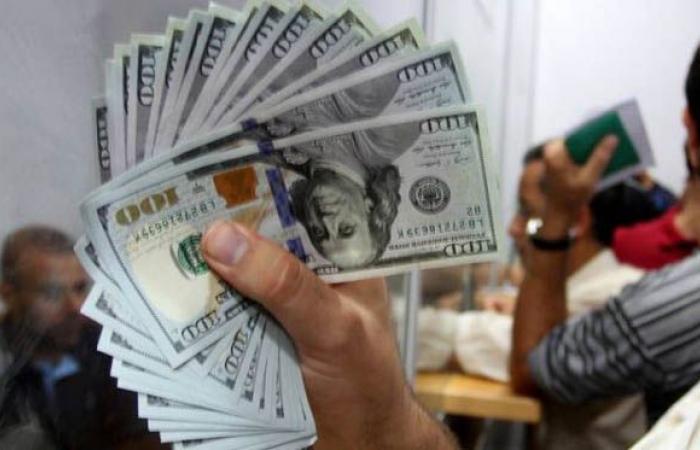 “The committees approved the student dollar and the protection of the affected areas, and 300 billion for the Farzali schools: the constitution is the true standard, so they respected it so that the foreigner respected it.”The Finance and Budget Committees, Administration and Justice, Education and Higher Education, Culture, Public Works, Transport, Energy and Water held a session chaired by Deputy Speaker Elie Ferzli, with the attendance of members.

After the session, Ferzli said: “The joint committees devoted today to discussion on two main topics: The first is related to the student dollar and students who were studying abroad. And there are many difficulties facing their children in terms of sending them the necessary funds to continue their education abroad. The representatives took the decision to oblige the banks. That you pay an amount of money related to facilitating the affairs of these students, according to specific conditions mentioned in the law in detail.

The second topic relates to the consequences of the sinister explosion of the Beirut port, which led to great damage to the lives and property of people, and it is the proposal of a law to protect the affected areas as a result of the explosion in the Beirut port. The important thing in the matter is that all the representatives in Beirut from all currents, parties and trends have all agreed to a text that was confirmed by the representatives in the joint committees, and we quickly ratified it in order to join the rest of the laws that will be studied Wednesday and ratified and approved in the General Assembly headed by Speaker Nabih Berri. With his permission, these two laws were attached to the agenda for approval on Wednesday. I believe that today’s achievement was important in terms of facilitating the lives of the Lebanese as much as possible, at a time when they are suffering what they are suffering. ”

Regarding the position of French President Emmanuel Macron yesterday, he said: “This is a topic that needs discussion. We must highly appreciate the intention of the French president to push things towards finding solutions, and thus provide the results of his activity in order to advance the reconstruction process, especially in the capital Beirut. The issue is constitutional.” In the country. In fact, I see the Lebanese problem, I don’t see it in France. The Lebanese’s view of the constitution and the interpretation of constitutional articles, there is no country in the world that does not have a criterion for stability, the constitutional standard is the basis, you cannot create a new logic entitled Ignore the Parliament and ask it to trust In matters that it deems appropriate for you, such as naming the prime minister, and the parliament is slow in other matters that it deems not suitable for you, this is not permissible. Then there are some parliamentary personalities and some former prime ministers talking about a prime minister who is assisted by a working group.

He added: After Taif, there is no longer such a thing as ministers who assist the prime minister. The Council of Ministers is the ruling reference in the country after it acquired the powers of the President of the Republic. A minister is a ruler like the prime minister. The life of the Council of Ministers is linked to its name, its work, its existence, and its non-resignation, so it is not permissible to tell the work team, that is, to select the work team. And if we accept an argument about the integrity of the research and its objectivity of its right to select, it will contact the parliamentary blocs to take confidence, with whatever logic you want to use the outside in order to impose this or that approach on the parliamentary blocs. They must all be deterred and go in the direction of the true constitutional standard, and when the Lebanese are ready to adhere to the true constitutional standard, then neither the President of France, the President of America, nor the President of China can attack the Lebanese with the standard on which they must rely, because the Lebanese bear a very great responsibility in How to deal with the constitutional issue. When the Lebanese become the one inciting the outside to misuse the constitution, let us wait for everything. This is very dangerous. ”

He added: “As for the words of the French president, we interpret it with a positive attitude, and we see in it an incentive to work more in order to save the country and not go to civil war. This expression was used clearly and this is what drew me and inspired who bears the responsibility to push things in this direction, and he went In the direction of opposing this trend in going to the civil war. Yes, all the Lebanese bear the responsibility in one way or another, and the political class of course bears the responsibility. But the foreigner must be reminded that his entrance into the country must be nothing but the constitution, even the foreigner when he wants to serve the country If he does not abide by the constitutional rules, it is impossible for him to be able to serve the country. I believe in His Excellency the French President’s intention and his will to serve Lebanon and push things in the positive direction. ”

He continued, “The criterion is the constitution, return to it and solve the problem. Here I appeal to His Excellency the President of the Republic to go immediately to conduct parliamentary consultations immediately and for matters to go in the direction of the democratic game to the furthest extent at the parliamentary level, whatever the results. And regardless of the results that may arise,” The existence of preconditions may not be subjected to anyone, whether by assigning, consulting or authoring, and the House of Representatives and the parliamentary blocs must go in the direction of launching the democratic parliamentary game to the highest extent at which the French president, nor any other president, can only respect the constitutional will and the constitutional text that the Lebanese respect And if the Lebanese people do not want to respect their constitution, then why do you want to ask the foreigner to respect the constitution! ”

He concluded: “The committees also approved 300 billion of the sum that had been approved, which is the proposal of a law to support both public and private schools.”

Hamada
Representative Ehab Hamadeh, one of the sponsors of the student dollar bill on behalf of the “Loyalty to Resistance” bloc, said: “We go to all components and all parties through the joint committee session, and the final wording of the subcommittee in charge of this regard has been approved, and the proposed formula for the law has been agreed almost unanimously. Banks operating in Lebanon transfer a sum of 10 thousand dollars from accounts, whether in foreign or national currency.

He added, “We have facilitated the mechanism, hoping that the proposal passes through the general assembly of the council in terms of restricting it to the bank and with a set of simple documents submitted by the student. This implies the continuing education of our students abroad, and enables parents and depositors to have a legal document to act according to the law and obligate banks to implement this transfer.” The lesson is in implementation. ”

He pointed to “the introduction of an explanation in the reasons for making the settlement account included in the text of the proposed law.”

These were the details of the news Good news for the families of the Lebanese students! for this day. We hope that we have succeeded by giving you the full details and information. To follow all our news, you can subscribe to the alerts system or to one of our different systems to provide you with all that is new.