A collaboration between PUBG MOBILE and BLACKPINK 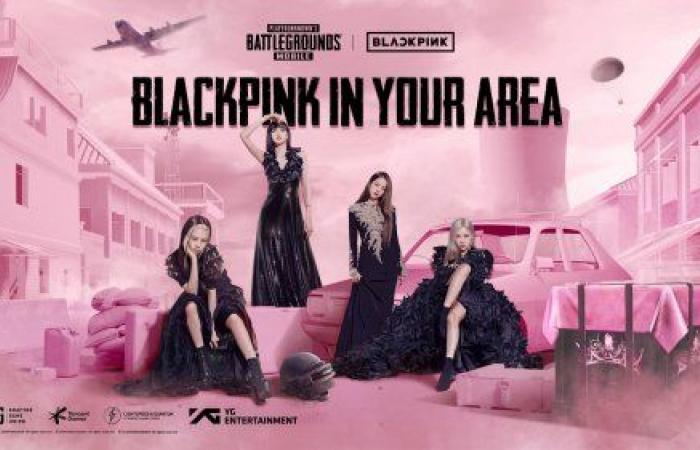 PUBG MOBILE will reveal details that will attract millions of Blinks and PUBG Mobile fans all over the world, to celebrate the next release of BLACKPINK’s latest albums

The unprecedented partnership has become a greater focus, as PUBG MOBILE will reveal details that will attract millions of Blinks and PUBG Mobile fans around the world, to celebrate the upcoming release of BLACKPINK’s latest albums entitled The Album and Exclusive Collaboration as well.

Special elements and visuals were added within the game of PUBG MOBILE to celebrate this unique collaboration so that players can experience the distinctive BLACKPINK style in the game. The game has been provided with additional visual effects in the main list of PUBG Mobile and the download page. The PUBG MOBILE airdrop will be painted pink and will bear the distinctive BLACKPINK logo.

The exclusive airdrop, bearing the color and symbol of The Album, will emit pinkish smoke similar to the smoke appearing on famous battlefields beginning October 2nd.

BLACKPINK members Jenny, Lisa, Jisoo, and Rosie have created their own accounts for the PUBG Mobile game. By finding their UserIDs on PUBG Mobile’s official social media, players are able to send exclusive cooperative gifts and special messages to their beloved squad. The fans who sent the most gifts until Thursday 8 October will receive special rewards from BLACKPINK.

The Premium Support event will also be held in the game from September 24th to October 8th, during which PUBG MOBILE players and BLACKPINK fans will be able to complete in-game missions to earn support points. By supporting BLACKPINK in the game, players will have the opportunity to win permanent outfits that include the Adorable Panda Suit and Killer Cadet Set, as well as the new signed BLACKPINK album.

In addition to the in-game events, the game community will be able to upload their PUBG MOBILE x BLACKPINK screenshots to their social media accounts using the hashtag #PUBGMxBLACKPINK for additional chances to win a signed album.

These were the details of the news A collaboration between PUBG MOBILE and BLACKPINK for this day. We hope that we have succeeded by giving you the full details and information. To follow all our news, you can subscribe to the alerts system or to one of our different systems to provide you with all that is new.