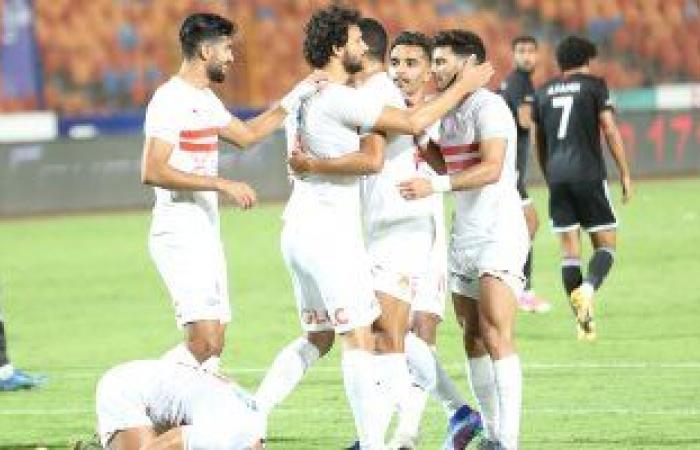 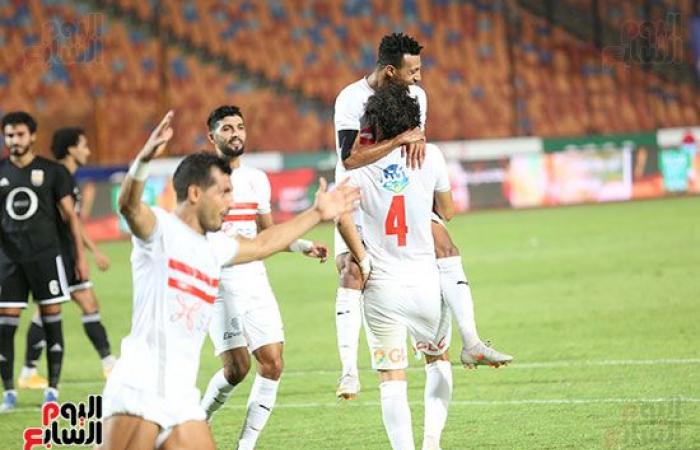 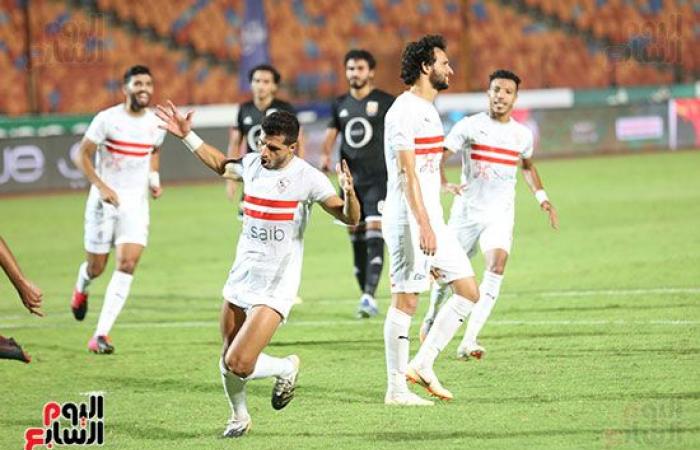 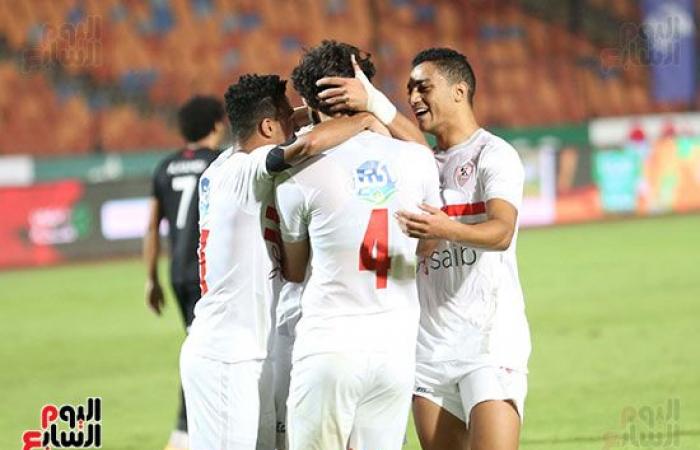 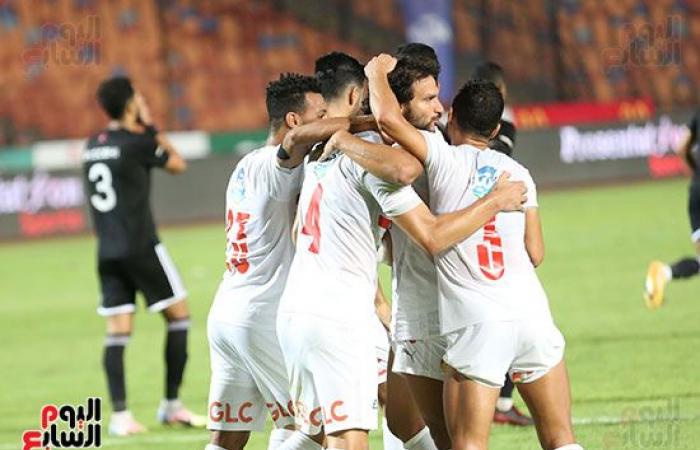 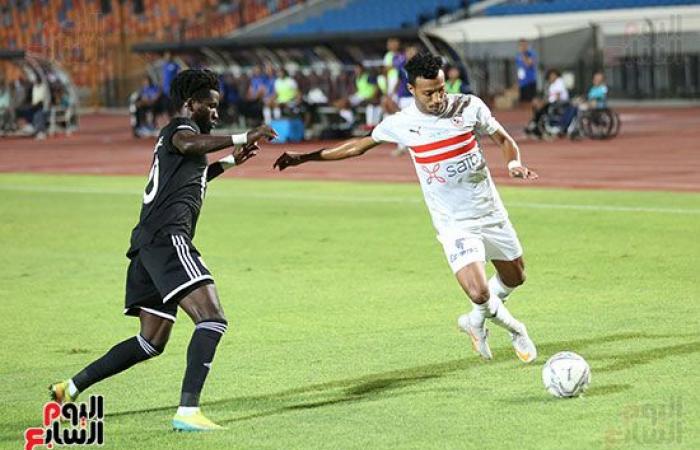 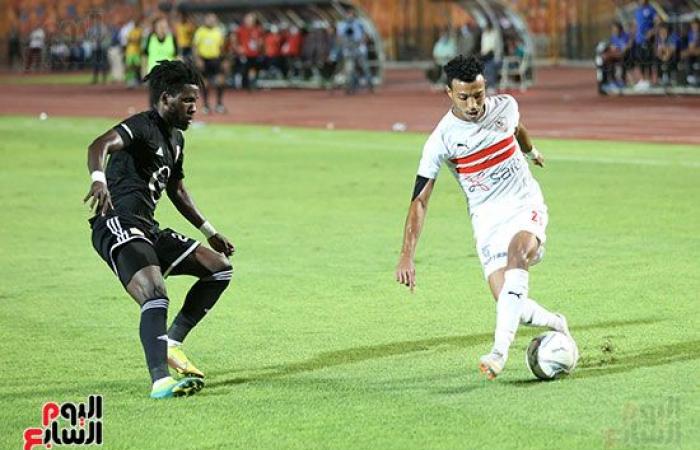 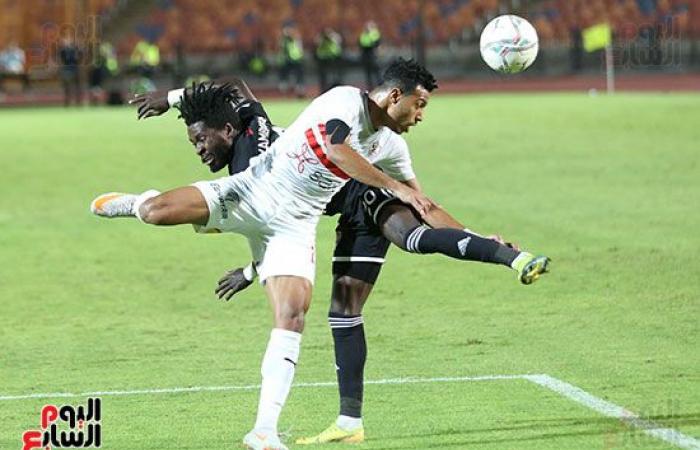 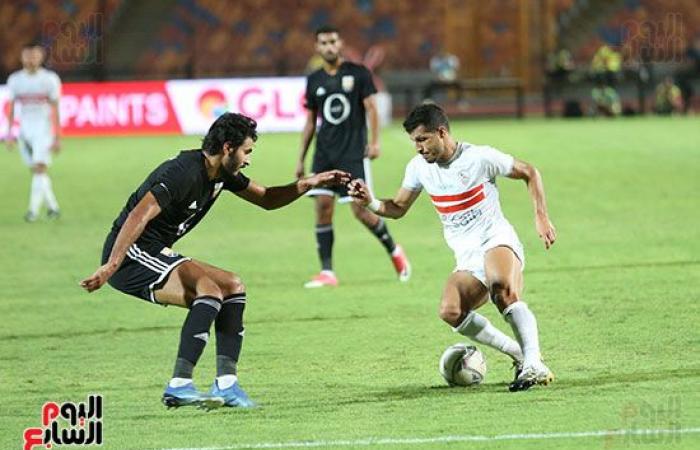 In a match marked by excitement and fun, Zamalek achieved a difficult victory over El Gouna with a score of 4/3 in the meeting that brought them together this evening, Sunday, at Cairo International Stadium in the 30th round of the Premier League competition. Ahmed Sayed Zizou scored the equalizer in the 39th minute, after which Yusef Obama scored the second goal in the 56th minute, before Mahmoud Alaa added the third from a penalty kick in the 65th minute, and Walter Bwalia returned to reduce the difference by scoring the second goal for El Gouna in the 76th minute, and in the 79th minute he scored Luay Wael scored the equalizer for El Gouna, and in the 90th minute + 3, Mahmoud Alaa scored the fourth goal for his team from a penalty kick.

With this result, Zamalek’s balance rises to point 61 in second place, while El-Gouna’s balance is frozen at point 31 in the thirteenth place.

Zamalek began the match with a formation that included: Mahmoud Jensh in the goalkeeping, in front of him the four-wheeler Hazem Imam, Mahmoud Al-Wansh, Mahmoud Alaa and Abdullah Jumaa, and in the center in front of Ashour and Tariq Hamed, Obama, Ahmed Sayed Zizou, Ashraf bin Sharqi and Kasungu.

The Portuguese Jaime Pacheco, the new technical director returning to lead Zamalek in a second term, was keen to be present in the match stadium, namely the duo, Alex Costa, the assistant coach, and Jose Pedro, the loads coach, who had previously worked in Zamalek with Josualdo Ferreira, the former coach of White. To watch it, especially since the meeting will be led by Tariq Yahya.

Zamalek started the match with intense pressure on El Gouna’s goal, and Kabongo Kasongo, the white striker, almost scored the lead after a missile shot on the goal in the second minute, which was blocked by goalkeeper Islam Tariq, then El Gouna tried to rely on the counterattack by launching some unorganized attacks.

In the 14th minute of the match, Walter Bwalia succeeded in scoring the goal to advance to El Gouna, after which Zamalek intensified his attempts to reach a tie, but they were unsuccessful attempts, while the coastal team launched two very dangerous attacks that almost strengthened its progress.

Islam Rushdie received the yellow card in the 21st minute due to reckless interference on the Zamalek player, and in the 32nd minute, Reda Shehata made the first substitution for El Gouna with the exit of Basem Ali and the descent of Alain Kyambadi.

In the 37th minute, the referee saw the yellow card for Imam Ashour after violently interfering with Akram Tawfiq, the player of El Gouna.

In the 42nd minute, Amouri wasted an opportunity for a goal investigator for El Gouna, after Mahmoud Alaa intervened at the appropriate time and turned it into a corner kick, from which El Gouna almost scored the second goal, but the defense and the goalkeeper were on the borders of the goal line and confronted the ball.

Events of the second half

With the beginning of the second half, El Gouna made two substitutions with the exit of Islam Rushdi and Ahmed Magdy and the descent of Ahmed Hamdy and Mohamed Mohsen.

In the 62nd minute, Walter Bwalia hit a header, but Jensh blocked the ball and prevented El Gouna from equalizing after turning the ball into a corner kick.

In the 65th minute, the referee, Ahmed Al-Ghandour, awarded a penalty kick in favor of Zamalek, citing obstruction of Ahmed Sayed Zizou from Akram Tawfiq, and Mahmoud Alaa scored the third goal.

In the 76th minute, Walter Bwalya scored the second goal for El Gouna, and three minutes later, Louai Wael scored the equalizer for the Sahel team, to return El Gouna to the draw.

In the 93rd minute, Ahmed Al-Ghandour counted a second penalty kick for Zamalek, claiming Jonathan obstructed Abdullah Jumaa, inside the penalty area, and Mahmoud Alaa scored the fourth goal for his team, to snatch 3 precious points in the struggle for the title. 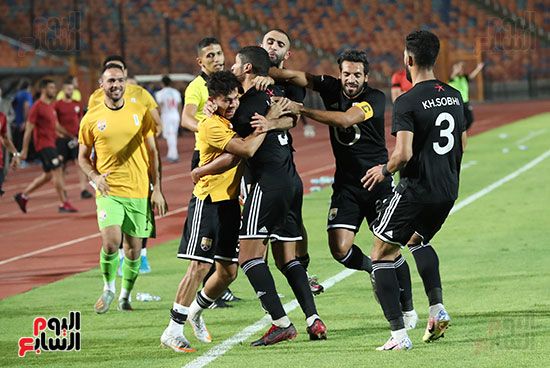 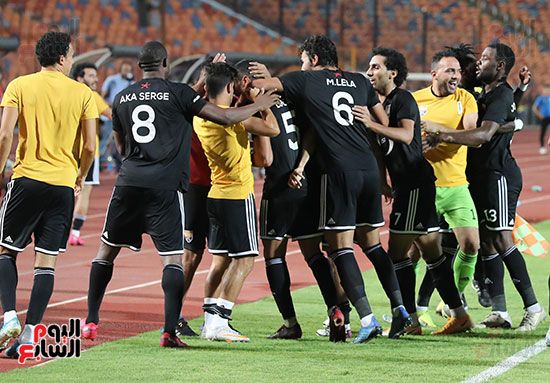 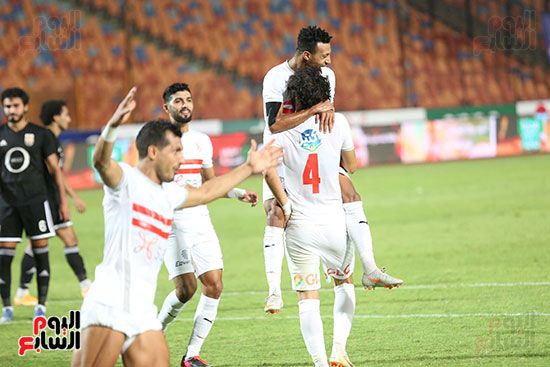 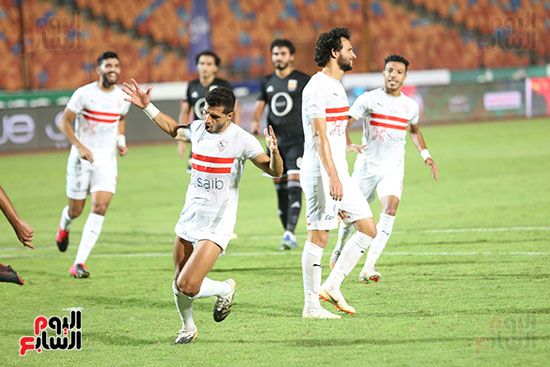 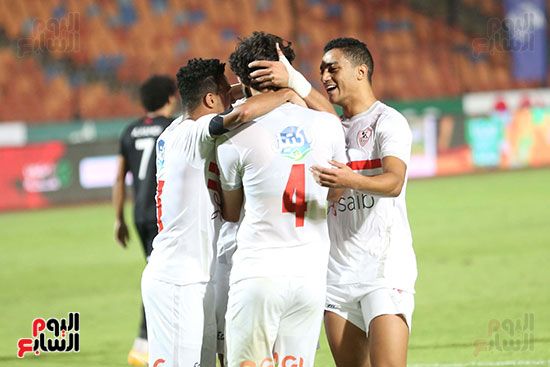 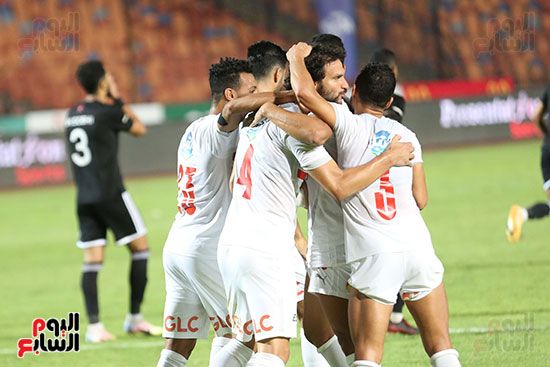 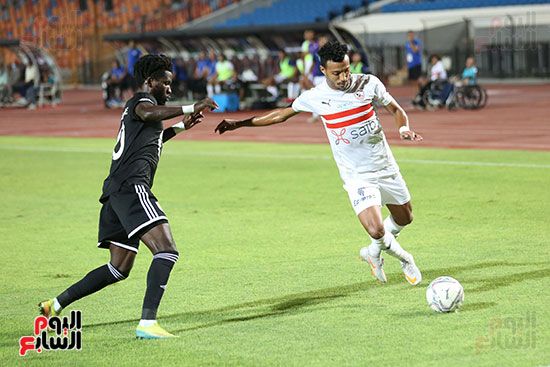 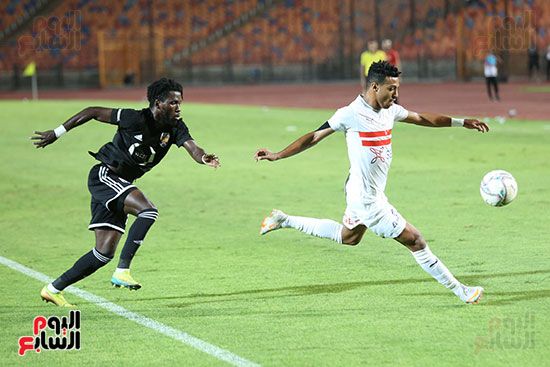 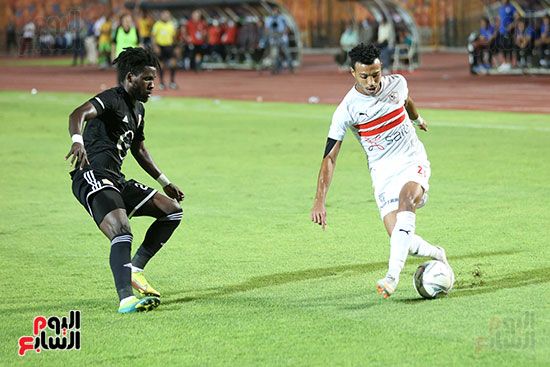 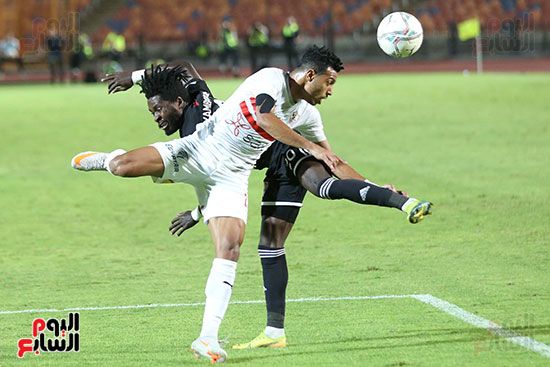 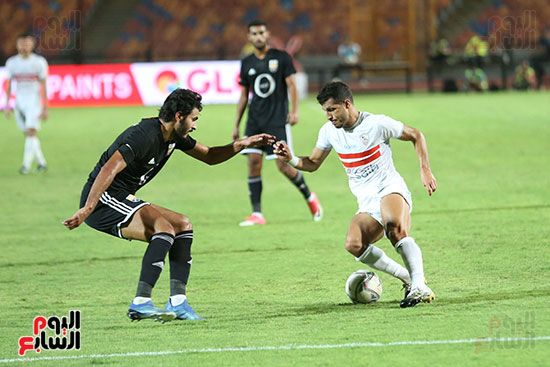 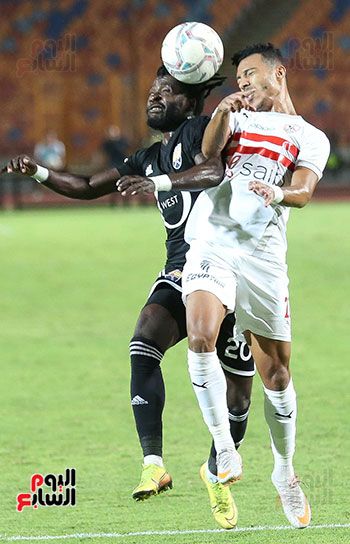 These were the details of the news Zamalek achieves a thrilling 4/3 win over El Gouna and continues... for this day. We hope that we have succeeded by giving you the full details and information. To follow all our news, you can subscribe to the alerts system or to one of our different systems to provide you with all that is new.