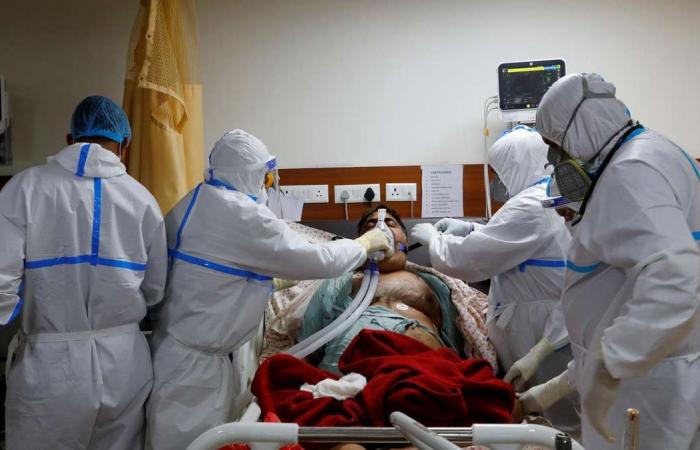 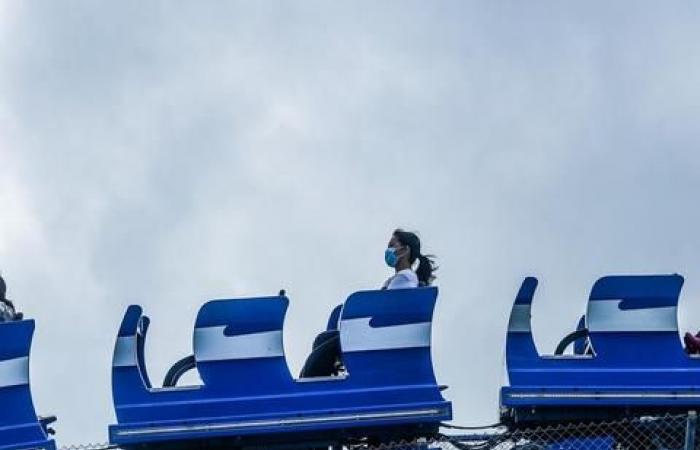 Thank you for your reading and interest in the news Coronavirus: India's healthcare creaks under mounting case load and now with details

Hind Al Soulia - Riyadh - Coronavirus patients in India are dying because of a lack of beds in intensive care units and a shortage of oxygen cylinders as the healthcare system struggles to cope with a surge in cases.

India's tally of confirmed cases passed 5.2 million this week, second only to the United States, after several weeks with an average of 90,000 new infections a day. More than 4 million patients have recovered, leaving the country with slightly more than 1 million active cases, while the death toll from Covid-19 has passed 84,000.

“The situation is critical," said Dr Devender Singh Rana, chairman of Sir Ganga Ram Hospital in the Indian capital New Delhi. "We are witnessing an unbelievable rise in the number of cases that we had not even seen in June when coronavirus was at its peak [in Delhi] … there are no beds; we are all full.” The healthcare infrastructure in the country of 1.3 billion was already less than ideal before the pandemic, with one doctor for 1,457 people instead of the World Health Organisation norm of 1,000, and one hospital bed for every 1,844 people, according to World Bank data.

The government says it has provided 230,000 oxygen-supported isolation beds and 62,717 critical care beds with ventilators since India recorded its first case on January 30. Doctors say this is not enough to deal with the pandemic's onslaught.

New Delhi, a metropolis of 22 million people, has just 37 Covid-19 designated hospitals and 2,558 ICU beds to treat more than 30,000 active cases. In Mumbai, the financial capital, there was not a single ventilator bed available in any of the top hospitals in the first week of September.

A record-breaking surge of one million cases in just 11 days has also triggered a sharp rise in the demand for oxygen cylinders. Nearly 6 per cent of Covid-19 cases experience moderate to severe symptoms and require oxygen support.

The demand for oxygen has triggered hoarding as well as theft of cylinders – a vehicle loaded with oxygen supplies for hospitals was robbed in the city of Pune last week.

“It is a very stressful situation, there is shortage of beds, shortage of oxygen, patients are dying while looking for ICUs. There has been a 10 per cent rise in the demand for oxygen since mid-August as cases have gone up," said Dr Vidyadhar Gaikwad, in-charge of Pune Cantonment Hospital.

“Every day, 4,000-5,000 people are positive in the city and 3 per cent are going to be critical and they need ICU and oxygen beds and we do not have enough,” Dr Gaikwad told The National.

According to the All India Industrial Gases Manufacturers Association, hospitals and healthcare centres are using up to 2,700 tonnes of medical oxygen a day, compared to 750 tonnes a day at the beginning of the pandemic.

Meanwhile the country's medical personnel are struggling with the lack of equipment, long working hours, public anger and personal risk from exposure to the virus. At least 380 doctors have lost their lives in the last six months while treating coronavirus patients, according to the Indian Medical Association (IMA), which has nearly 350,000 doctors as members.

In some states, nurses and doctors at government-run hospitals are threatening to strike over non-payment of wages since March, when the country went into lockdown to prevent the virus from spreading.

In Maharashtra, the worst-affected state, officials reduced the one-week break given to doctors after treating Covid-19 patients for weeks at a stretch to just one day. Some doctors have faced discrimination and violence from the general public over fears that they might transmit the virus, including eviction by their landlords.

Dr Rajan Sharma, national president of the IMA, called the situation a “double-whammy” for medical professionals.

“They are attacked … we are facing a shortage of oxygen but patients blame doctors," he told The National.

"Doctors are overburdened. They are forced to sleep on the floor and on stretchers, work 18 hours a day, but there is no alternative as there are not enough doctors.”

Dr Sharma blamed poor government policies and India's historically low spending on the healthcare. In 2018, India spent just 1.3 per cent of its GDP on public healthcare infrastructure, almost half the amount of its defence budget that year.

“Indian governments have never invested in the country’s healthcare," he said.

"The healthcare infrastructure already had cracks and it has now come into focus because of coronavirus."

These were the details of the news Coronavirus: India's healthcare creaks under mounting case load for this day. We hope that we have succeeded by giving you the full details and information. To follow all our news, you can subscribe to the alerts system or to one of our different systems to provide you with all that is new.