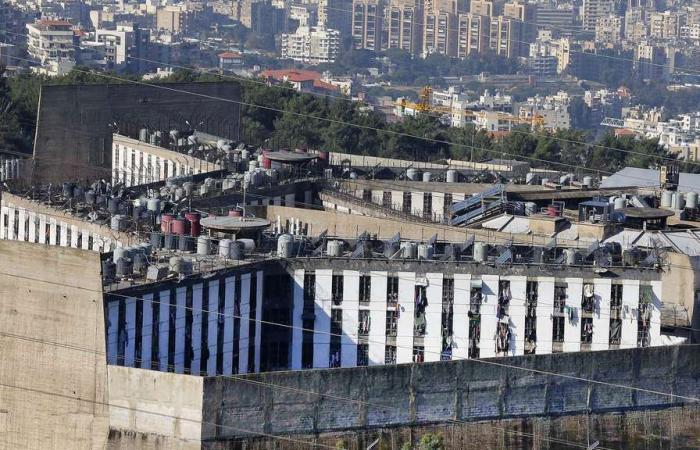 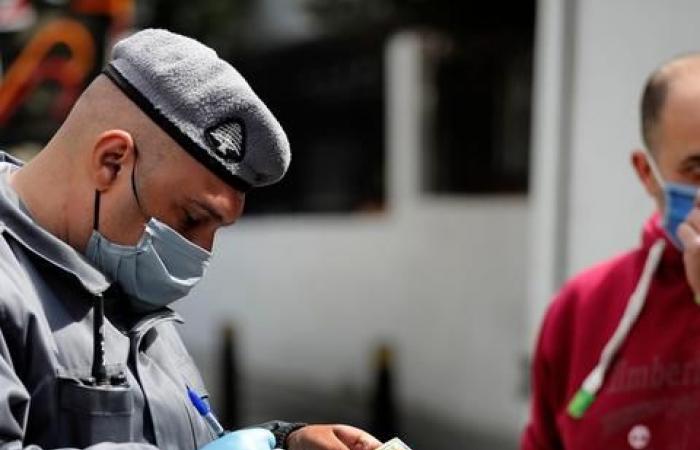 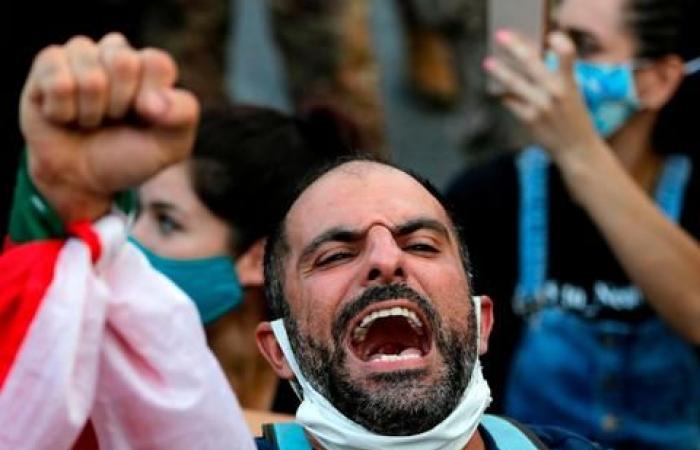 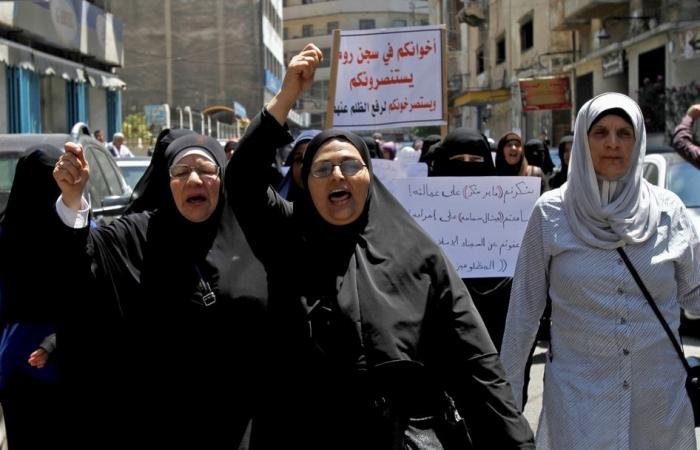 Thank you for your reading and interest in the news ‘Inmates are panicking’: coronavirus outbreak spreads in Lebanon’s biggest detention centre and now with details

Hind Al Soulia - Riyadh - Warnings of a humanitarian catastrophe inside Lebanon’s prisons are growing after dozens of people at the country's biggest detention centre tested positive for Covid-19.

According to a security source at Roumieh prison, who asked to remain anonymous, more than 200 inmates and at least a dozen guards have tested positive for the virus.

“Everyone in the prison is panicking, it’s chaos,” Mohammed Sablouh, a human rights lawyer who has clients in Roumieh, told The National.

The Internal Security Forces, the body responsible for prison security, issued a statement on Sunday saying that 13 inmates and nine staff members had tested positive. They have not publicly announced an updated figure.

The outbreak has sparked protests among inmates, who have been calling for improved sanitation and virus protection measures since March.

“We’ve been warning for months that if the coronavirus entered the prison, it would be a mass execution,” Mr Sablouh said. 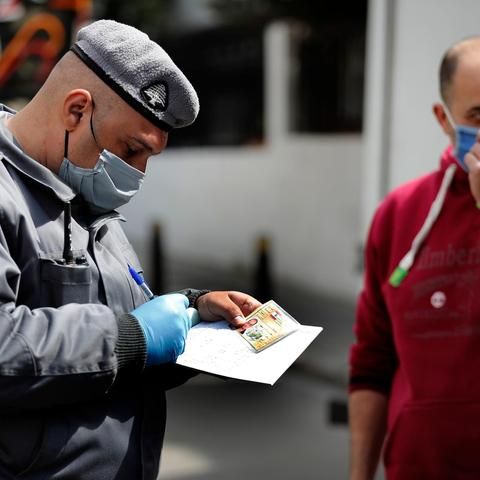 Lebanon’s detention facilities are dangerously overcrowded, holding on average 220 per cent of their intended capacity. The Roumieh prison was built in the 1960s to hold 1,100 inmates, but now houses more than 4,000.

Earlier this week, footage taken inside the prison showed men lying on thin mattresses placed just centimetres apart on the floor of a corridor.

Prison overcrowding is in large part due to the large number of detainees who are held for months, and in some cases years, before facing trial.

According to statistics gathered by Alef, a human rights NGO, about 70 per cent of current inmates are in pre-trial detention, often in police stations or courthouses.

Prisoners are packed into cramped cells, with no natural light, no space for social distancing and no access to the outdoors.

“These are the exact conditions that allow the virus to spread,” said Suzanne Jabbour, chief executive of the Restart Centre for Victims of Violence and Torture.

Though the virus is a pressing concern in itself, it also exposed two major crises in Lebanon’s prison system, Ms Jabbour said.

The first is the failure of the judiciary to hold trials and proceedings quickly to ease overcrowding. Second is a lack of fair treatment and health care.

“The people inside Lebanese detention centres are vulnerable and the government has a responsibility to protect them,” Ms Jabbour said. 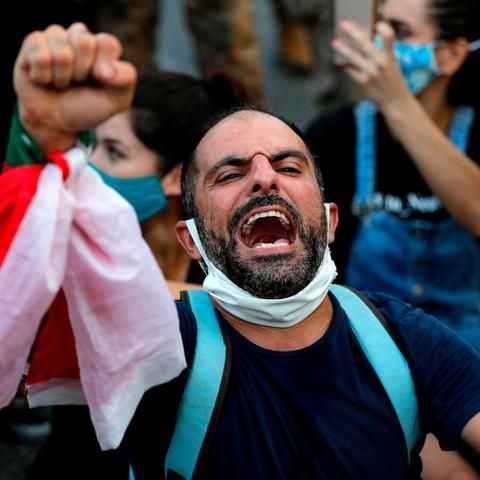 Sanitary conditions in the prison are poor, with even basic items such as soap in short supply. Inmates are also receiving less food – a 200-gram serving of the strained yoghurt labneh has been halved to 100g and a single plate of green beans is split between four.

“The authorities do not view the prisoners as human beings,” Mr Sablouh said.

In one video leaked from the prison this week, an inmate calls on the authorities to act quickly to prevent the spread of the virus and protect prisoners from infection.

“Why should we die inside this prison? Why should our families take us home in body bags?” the man says.

In its statement on Sunday, the Internal Security Forces listed various hygiene measures that had been put in place, including thorough sanitisation, visits only permitted behind glass, and judicial proceedings taking place via video call.

Prisoners who tested positive for the virus have been moved to a quarantine unit in the prison’s J Block. However according to testimonies recorded by Mr Sablouh, some inmates with mild symptoms of the coronavirus are attempting to conceal them from prison staff so they are not transferred to the unit, which would essentially act as solitary confinement.

The families of detainees have held a series of demonstrations since authorities announced the first confirmed cases on Saturday, holding protests outside the Beirut courthouse and blocking the road leading to Beirut’s airport with burning tyres and rubbish bins.

Melhem Khalaf, the lawyer who heads the Beirut Bar Association, called on the judicial authorities to take “rapid steps” to release some prisoners charged with minor crimes and alleviate overcrowding.

“The situation in the prison is extremely dangerous,” he said.

The outbreak has renewed calls among prisoners, their families and some politicians for a general amnesty that would allow inmates to be granted early release in certain cases. It is a highly politicised issue, with political parties proposing different versions of a general amnesty bill according to the interests of their support bases.

A bill was put to Parliament in May, but ultimately failed due to disagreement between MPs over which crimes should be included.

Also in April, Justice Minister Marie-Claude Najm, now in a caretaker position, told The National she aimed to reduce the prison population by about 3,000 to ease overcrowding.

Mr Khalaf said that out of 3,600 release requests, only 780 inmates had been freed due to the inability, or unwillingness, of judges to move proceedings along.

The caretaker justice minister has also been collating a list of inmates to present to President Michel Aoun as part of a “special amnesty” that would see the release of some prisoners, including those who are old, sick, or have less than six months remaining on their sentence. Mr Aoun has not yet signed the decree that would allow their release.

Lebanon is currently in the midst of a severe spike of Covid-19 infections, placing already fragile healthcare facilities under additional strain.

Since the first confirmed case of Covid-19 in February, Lebanon has registered 26,083 cases of the virus and 259 deaths.

These were the details of the news ‘Inmates are panicking’: coronavirus outbreak spreads in Lebanon’s biggest detention centre for this day. We hope that we have succeeded by giving you the full details and information. To follow all our news, you can subscribe to the alerts system or to one of our different systems to provide you with all that is new.