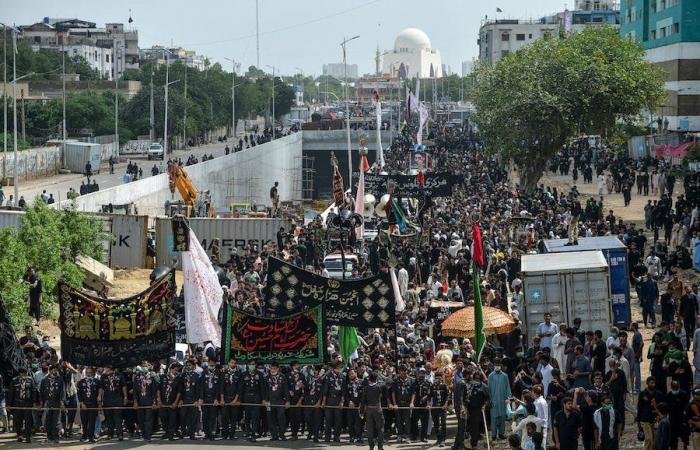 Jeddah - Yasmine El Tohamy - LONDON: Britain on Friday announced its first major post-Brexit trade agreement — a deal with Japan — as its negotiations with the European Union become increasingly fractious.
The Department for International Trade said the accord, which largely replicates the current EU-Japan deal, will be worth £15.2 billion ($19.5 billion).
The UK-Japan Comprehensive Economic Partnership Agreement was agreed in principle by International Trade Secretary Liz Truss and Japan Foreign Minister Toshimitsu Motegi during a video call on Friday.


Bilateral trade is currently conducted under the EU-Japan deal that came into effect last year, but that agreement will no longer apply to Britain from December 31.
Britain left the EU in January, nearly four years after a seismic referendum that saw voters opt to end close to five decades of European integration.

A standstill transition period is in place until the end of the year while London and Brussels try to thrash out the terms of their new relationship from January 1 next year.
But the wrangling has become increasingly bitter, and on Thursday the EU threatened legal action after the UK vowed to implement a new law that would break its binding divorce treaty.
UK government ministers trumpeted the new bilateral agreement with Japan as a clear sign to Brexit opponents that agreements can be struck elsewhere.
Prime Minister Boris Johnson said on Twitter that the deal showed “we have taken back control of our trade policy & will continue to thrive as a trading nation outside the EU.”


Truss hailed what she said was a “historic moment for the UK and Japan as our first major post-Brexit trade deal” and a “important step” toward joining the Trans-Pacific Partnership.
“The agreement we have negotiated — in record time and in challenging circumstances — goes far beyond the existing EU deal, as it secures new wins for British businesses in our great manufacturing, food and drink, and tech industries,” she added.
On the Japanese side, Motegi said the deal — covering sectors from textiles to tech, Scotch whisky and shortbread — should take effect on January 1, following domestic ratification.
“It was a very tough negotiation, but we reached the agreement in principle in about three months, at an unusually fast pace,” he said.
“While maintaining the high levels of access to the British market under the Japan-EU EPA, we improved our access to the British market on train cars and some auto parts.”
Around 99 percent of exports between the two nations will be tariff-free under the deal, according to the British government, with a particular focus on the food and drink, finance and tech sectors.
Manufacturing parts coming from Japan will benefit from reduced tariffs, as will British pork, beef and salmon traveling in the opposite direction.
British business welcomed the agreement, with Carolyn Fairbairn, director general of the Confederation of British Industry, calling it a “breakthrough moment.”
“The government and business now need to work together to make the most from the deal,” she added.
“It’s a huge opportunity to secure new Japanese investment across a wider range of sectors and UK regions. The Japan deal can be the first of many.”
The deal includes brand protection for “iconic” British goods, including English sparkling wine, Yorkshire Wensleydale cheese and Welsh lamb.
It also covers measures to tackle online infringement of intellectual property rights, such as film and music piracy.
Britain and Japan came close to securing the deal last month, but failed to wrap up negotiations, with British media reporting that some aspects of the agriculture sector were still up for debate.
UK-Japanese trade was worth more than £30 billion last year, according to the British government.

These were the details of the news Anti-Shiite protest rattles Pakistan’s Karachi for this day. We hope that we have succeeded by giving you the full details and information. To follow all our news, you can subscribe to the alerts system or to one of our different systems to provide you with all that is new.