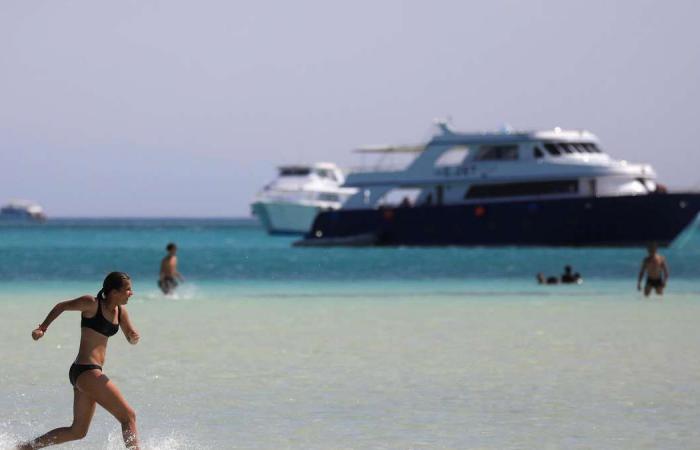 Thank you for your reading and interest in the news Red Sea nations must co-operate to ensure waterway stability, say experts and now with details

Hind Al Soulia - Riyadh - Red Sea coastal nations must step up co-operation to bring stability to the strategic waterway and reduce the presence of regional and global powers trying to carve out spheres of influence there, experts on Thursday told an online seminar organised by a Washington-based think tank.

Equally important, the experts added, was to turn Ethiopia’s massive dam on the Nile from a contentious and potentially explosive dispute between Addis Ababa and downstream nations Sudan and Egypt into a catalyst for economic benefits for all three.

Iran, Turkey, Russia and China have in recent years moved to establish a foothold in the Red Sea and Horn of Africa regions, sparking a race for leverage alongside one of the world’s busiest shipping routes that link Asia and the Gulf Arab region with Europe to the north or to the Far East.

The conflict in Yemen, where Iranian-backed rebels have for than five years been fighting forces of the Arab-backed legitimate government there, has fuelled tension in the Red Sea and posed a threat to shipping lanes.

The waterway is of vital economic and strategic importance to Saudi Arabia, the littoral state with the longest shoreline on the Red Sea, said Abdul Aziz Al Sager, founder and director of the Gulf Research Centre. During the talk hosted by the Arab Gulf States Institute in Washington, he singled out regional heavyweights Turkey and Iran, both Muslim but non-Arab nations, as a source of threat to the security of the Red Sea. Russia and China, he added, were trying to establish a presence there, too.

“We don’t welcome their presence,” Mr Al Sager said of attempts by Turkey, Iran and Russia to gain a foothold in the Red Sea.

Underscoring its interest in enhanced co-operation among littoral states, Saudi Arabia this year launched an organisation grouping nations on the Red Sea and Gulf of Aden.

Alexander Rondos, the European Union’s special representative to the Horn of Africa, emphasised the potential danger posed by the long-simmering dispute between Ethiopia on one side and Egypt and Sudan on the other over the Grand Ethiopian Renaissance Dam, or GERD.

Egypt fears that the hydroelectric dam could reduce its vital share of the Nile water and has been trying for a decade to persuade Addis Ababa to agree to a legally binding mechanism on dealing with sustained drought and resolving future disputes.

Sudan, on the other hand, fears that a structural rupture in the GERD, which lies less than 20 kilometres east of its border with Ethiopia, could flood large swathes of its territory. It also wants to be involved in the running of the dam to ensure that its own power-generating dams on the Blue Nile function normally.

“Every effort must be made to turn this [dispute] into an economic advantage for all three countries,” said Mr Rondos, who said the dam, Africa’s largest, altered the strategic balance in the Horn of Africa region.

These were the details of the news Red Sea nations must co-operate to ensure waterway stability, say experts for this day. We hope that we have succeeded by giving you the full details and information. To follow all our news, you can subscribe to the alerts system or to one of our different systems to provide you with all that is new.