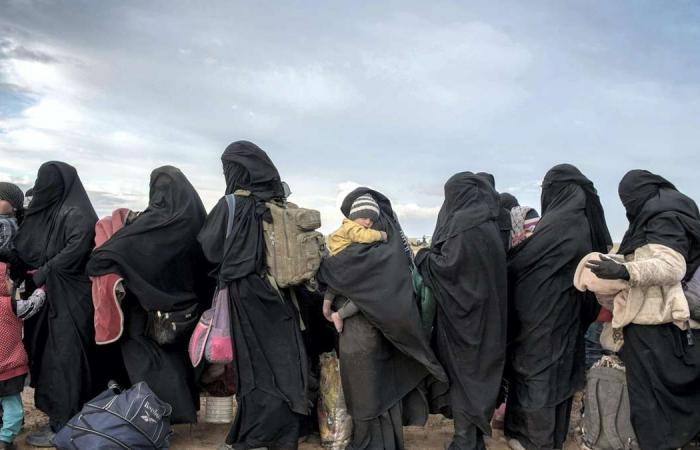 Hind Al Soulia - Riyadh - A British-German woman who is accused of marrying an ISIS fighter in Syria is now living in a canal boat in the UK and claiming government benefits, she says.

Natalie Bracht, 45, who is a mother to nine children, rejected reports that she headed up an all-female ISIS brigade in Syria and was the second wife of Celso Rodrigues Da Costa, a Portuguese convert who travelled to Syria to fight for ISIS.

She was living in Germany when Covid-19 reached Europe but she arrived in the UK on April 3. Upon landing she was questioned under the UK terrorism act and denied having been in Syria.

Ms Bracht said she was asked about Brexit, elections and vaccines but also where she had stayed in Syria.

“It has affected my family. I’ve been treated like a terror suspect. It looks like I have to have a new identity and the stories must be put straight,” she told The Sunday People.

“It’s not for me. I can live with this. I have accepted I am a full-time terror suspect without conviction. It either breaks you or makes you stronger. In my case it has made me stronger,” Ms Bracht added.

The newspaper said that Ms Bracht claimed to have volunteered as a translator in 2012 for the controversial advocacy group Cage, which says it supports victims of the war on terror.

“They are in prison, then they are free again and then they are not convicted but treated for the rest of their lives as full-time terror suspects. They never had convictions,” she said.

Cage said volunteering claims were untrue. “We would like to clarify that our records show she has never volunteered for us,” a representative from the group told The National.

Ms Bracht also said she sympathised with Shamima Begum, the ISIS supporter who is languishing in a Kurdish-run camp after her British citizenship was withdrawn last year.

“This girl was brainwashed on the ­internet, the intelligence services didn’t prevent her from leaving the country,” Ms Bracht said.

“She was only 15 years old – this should be dealt with by child protection.”

The British government is going to the UK Supreme Court to challenge Ms Begum’s return to mount a legal battle aimed at restoring her British citizenship, which was revoked on national security grounds.

These were the details of the news Alleged ISIS member living off benefits in the UK for this day. We hope that we have succeeded by giving you the full details and information. To follow all our news, you can subscribe to the alerts system or to one of our different systems to provide you with all that is new.