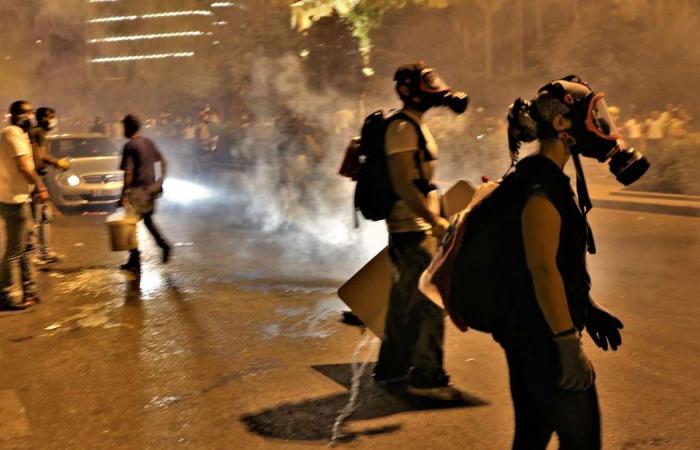 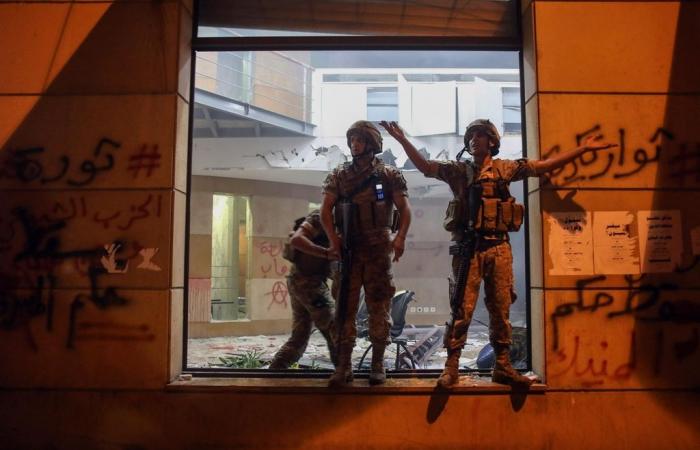 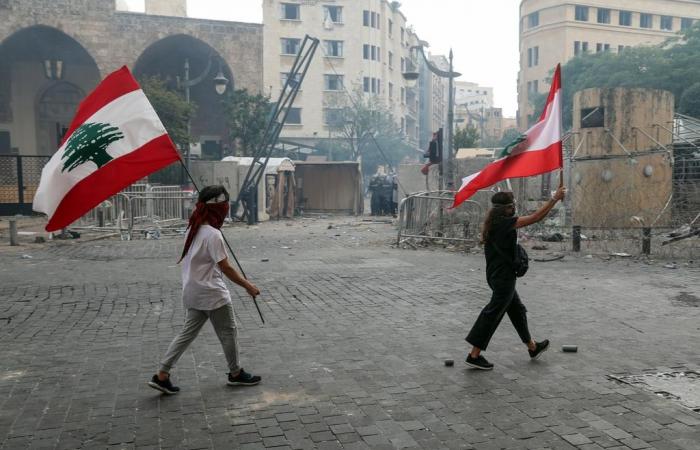 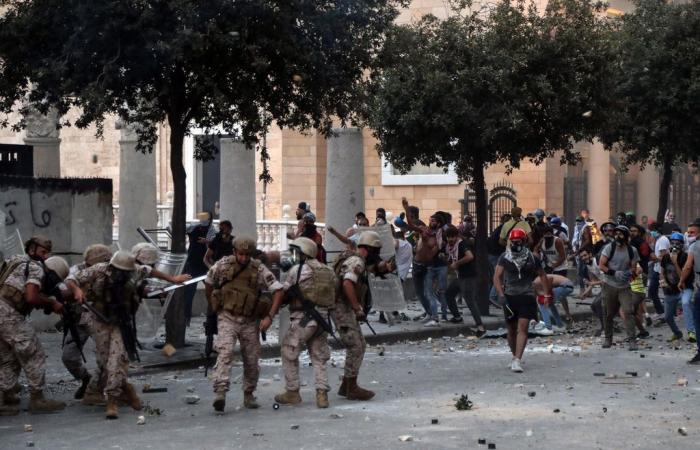 The angry crowd was spurred by their government’s apparent responsibility in a deadly blast at the Beirut port that killed 158 and wounded 6,000 on Tuesday, destroying the city centre and residential neighbourhoods.

Standing on the steps of the palace, protesters joyfully sang the Lebanese national anthem and received two soldiers who had come to inspect the situation with whistles and pro-army chants.

“We decided to come here to the ministry of foreign affairs because this belongs to the public,” retired brigadier general George Nader told the media, standing on the building’s steps and wearing a black t-shirt with the army’s insignia. “What belongs to the Lebanese people must return to them,” he told The National.

Behind him, two large red banners read: “Beirut is the capital of the revolution,” and “Beirut is a city without weapons,” in a reference to Hezbollah, the only Lebanese party that was allowed to keep its weapons at the end of the 1975-1990 civil war.

Shortly after, protesters also stormed the buildings of the Economy ministry, the Environment ministry, the Energy and Water ministry, as well as the association of Lebanese banks in downtown Beirut.

Retired soldiers have been active in protests in Beirut since last October, when the Lebanese took the streets in their hundreds of thousands to denounce the corruption of their leaders.

They are widely seen as responsible for the country in its worst-ever economic crisis that started last year. Protests petered out but were revived by Tuesday’s blast.

Though Lebanese authorities said that the explosion was due to the unsafe storage of 2,750 tons of ammonium nitrate for the past 6 years, contradictory rumours have circulated like wildfire.

Anti-Hezbollah Lebanese blame the Iran-backed group which has denied any involvement. President Aoun, a Hezbollah ally, said that the blast could have been caused by an “attack”.

Protests descend into ferment - and tragedy

Demonstrations turned violent shortly after they started mid-afternoon on Saturday. Local media reported that riot police fired live ammunition and several rounds of tear gas while protesters tried to break through barricades near Parliament, throwing rocks at the army and lighting small fires.

Dozens of people climbed into high-end offices and apartments damaged by the explosion, as well as in the city’s emblematic Al Amine mosque, to gain a better view of Martyr’s square.

One policeman, Tawfic Douaihy, died after rioters attacked him in a badly damaged hotel building in downtown Beirut, and 238 people were wounded during clashes with riot police, said the Lebanese Red Cross. Later in the evening, the Islamic Medical Association stated that 490 people were injured.

“We’re trying to get into Parliament to get our country back,” said one protester, Anthony Hobeich. “This Parliament is for the people, not for its corrupt members. After August 4, 2020, everything changed,” he said, referring to Tuesday’s deadly blast.

“I want all politicians here in Lebanon to die,” said Elie, as he threw rocks at the army.

According to local media, by early evening the army had pushed protesters out of the different ministries.

Earlier that afternoon, protesters hung life-size figures of politicians in makeshift nooses on Martyrs’ Square. Banners read: “we’ll get justice from your necks”, “resign or the noose” and “time for accountability”.

But for a brief moment protesters felt that they had taken control. “This is absolutely amazing,” said a woman who declined to be named as she walked through the entrance hall of Bustros Palace. “I’m so proud. The Lebanese people are united,” said Maha, another protester, visibly moved by the scene. “We are occupying a corrupt power.”

Incursions on ministries planned not spontaneous

Louis, an activist and lawyer who declined to give his full name, told The National that the storming of government buildings had been planned 24 hours in advance.

“It’s a blitzkrieg. We came where they did not expect us,” he said. “It’s a quick and symbolic victory. I expect popular pressure to continue to increase until September 1, for the 100th anniversary of Greater Lebanon,” he said, referring to the state that was the predecessor of modern Lebanon.

Despite Tuesday’s violence, activists hope that members of the army and the police will sympathise with their cause and eventually join them.

With the devaluation of the Lebanese pound by about 80 per cent on the black market in the past year, a soldier’s salary is now only worth about $100 a month.

In a sign of potentially more divisions to come, firefighters refused to fire water cannon at protesters on Saturday. Local television Al Jadeed reported that they refused to take the order from the Internal Security Forces because they had lost 10 colleagues in the blast earlier this week.

In a statement, Beirut’s governor Marwan Abboud said that the city’s fire brigade was not allowed out, unless it was “to extinguish a fire.”

These were the details of the news Beirut protesters storm ministries to demand justice for deadly blast for this day. We hope that we have succeeded by giving you the full details and information. To follow all our news, you can subscribe to the alerts system or to one of our different systems to provide you with all that is new.