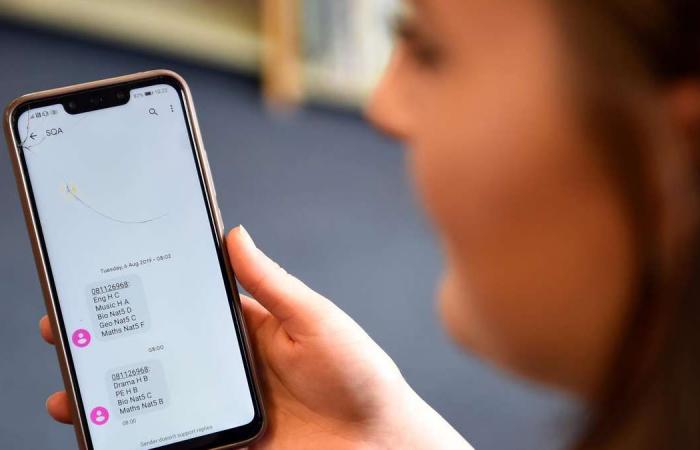 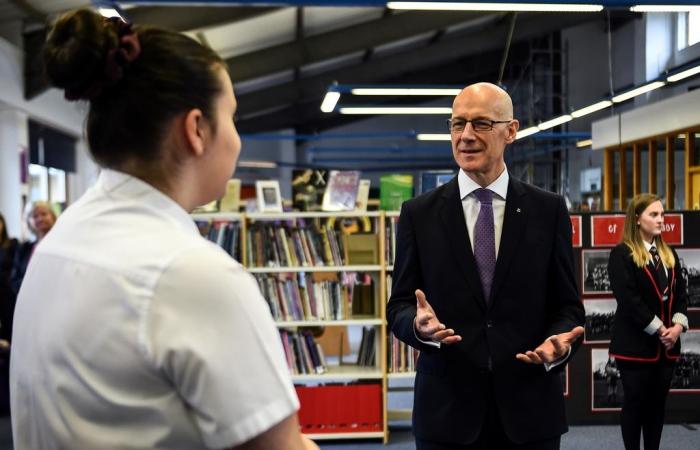 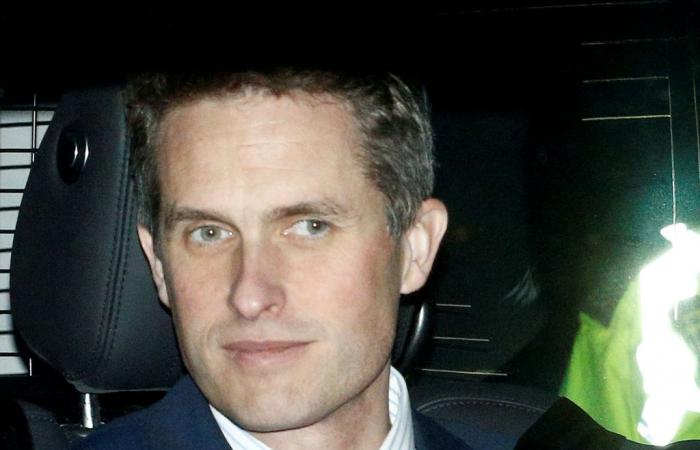 Hind Al Soulia - Riyadh - Pupils around the world face a nervous wait for A-level and GCSE results after an outcry over as many as a quarter of grades being marked down from those predicted by teachers in Scotland this week.

The Scottish Qualifications Authority (SQA), the country’s exams body, lowered almost 125,000 of the grades assessed by teachers in the National 5, the Higher and the Advanced Higher, the local qualifications broadly equivalent to GCSEs, AS and A-levels.

More than 100 pupils protested against the deflated results in Glasgow on Friday while others gathered outside the SQA headquarters in Midlothian. Many claimed that they had been the victims of their postcodes, saying that those in the poorest areas had been disproportionately affected.

The extent of downgrading has added to widespread fears that millions of A-level and GCSE results predicted by teachers will be adjusted downwards before students receive them on August 13 and August 20, respectively.

Due to the Covid-19 pandemic, grades are being calculated by Ofqual, the exams watchdog in England, this year using an algorithm to standardise results. The computer moderation will be based on a variety of factors, including teachers’ predictions, pupils’ individual rankings in each subject, and the historic performance of the school.

Critics of the new system argue that it could disadvantage poorer pupils and those from black, Asian and other ethnic-minority backgrounds, who are more likely to attend under-performing schools.

Some British newspapers reported on Friday that the standardisation system in this exceptional year would deflate around 40 per cent of grades submitted to the exam board by teachers.

Confidence in the forthcoming A-level and GCSE results was already shaky after thousands of students and teachers expressed indignation last month when International Baccalaureate grades were released.

Many angry and disappointed pupils signed petitions demanding regrades because their marks were worse than expected and did not meet university entry requirements.

Ofqual warned last month that A-level grades being submitted by teachers had been optimistically inflated by an average of 12 percentage points above those achieved in 2019.

“Improvement on such a scale in a single year has never occurred and to allow it would significantly undermine the value of these grades for students,” Ofqual said.

The exams regulator said that the teacher-assessed grades would be lowered by 10 percentage points this summer, which would still mean that A-Level results would improve by 2 per cent on last year.

According to an analysis of the algorithm and data used by Ofqual, 39 per cent of assessments of A-level grades by teachers are likely to be reduced, a report in The Guardian said on Friday. This includes GCSEs, which the newspaper said were expected to have a similar downgrade rate, a total of two million teacher assessments would be lowered.

Even before the results are announced, education lawyers are warning schools to prepare for an avalanche of demands from furious parents to lodge appeals on behalf of their children.

In guidance posted online last month, Ofqual told pupils that the revision of grades was for their own good.

“This is in your interest and those of all students, and means that you, universities, colleges and employers can have confidence in results this year.”

It said that the expectation was that the majority of grades would be identical to or within one grade of those predicted by teachers. If pupils were unhappy with their grades, they could still make appeals against them but only by proving that procedural errors had been made.

However, following the howl of protest over the results in Scotland, Ofqual announced on Thursday that it was widening the powers that schools and colleges had to challenge A-level and GCSE results if they believed them to be unfair.

The extended appeals criteria mean schools that feel their past results were distorted somehow - perhaps by significant changes in leadership, a monumental event such as a fire or a single-sex institution going co-educational - could mount appeals.

Ofqual also said that appeals could be made by schools “where they can show students’ grades are lower than expected because previous cohorts are not sufficiently representative of this year’s students”.

The UK Education Secretary, Gavin Williamson, welcomed the announced changes. “It is vital that students with exceptional circumstances are not held back by the way grades have been calculated – including those who are highly talented in schools that have not in the past had strong results, or where schools have undergone significant changes such as a new leadership team,” Mr Williamson said.

British qualifications are a popular choice for pupils in many countries around the world, including the UAE where, according to WhichSchoolAdvisor, a reviewer of leading independent schools, 91 institutions offer A-levels.

Jeff Evans, the director of Learning Key Education Consultancy in Abu Dhabi, said there had already been great uncertainty about the reliance on an untested system. Mr Evans said the news from Scotland would have made students and parents even more anxious.

“If a child has sat an exam they have a reasonable idea coming out how well they’ve done," he said. "Did they answer all the questions, did they find the questions difficult, were they the kind questions that they’ve practised before?”

Scotland’s First Minister Nicola Sturgeon defended the process implemented by SQA. “What we want to make sure is that this year's results have the degree of credibility that means that they are not so out of sync with previous years' that people are going to look at them and say 'they don't make any sense,” she said.

"As much as I would love to be in the position of standing here credibly saying that 85 per cent of the 20 per cent in the most deprived areas had passed Higher, given that it was 65 per cent last year, that would raise a real credibility issue,” said Ms Sturgeon, who leads the Scottish National Party.

Her rivals seized on the confusion, with the Conservative Party calling the situation “a shambles”.

The chief examining officer of the SQA, Fiona Robertson, said it was unclear why the predicted grades had been higher than in previous years. "There may be several reasons why estimates were above historic attainment, which has been relatively stable over time,” Ms Robertson said.

"Some teachers and lecturers may have been optimistic, given the circumstances of this year, or may have believed, correctly or incorrectly, that this cohort of candidates may have achieved better grades due to a range of factors."

Ofqual has confirmed that pupils who wish to improve any of their grades have an opportunity to take exams in the autumn.

These were the details of the news Anxious wait for A-level and GCSE pupils after a quarter of Scottish predicted results downgraded for this day. We hope that we have succeeded by giving you the full details and information. To follow all our news, you can subscribe to the alerts system or to one of our different systems to provide you with all that is new.