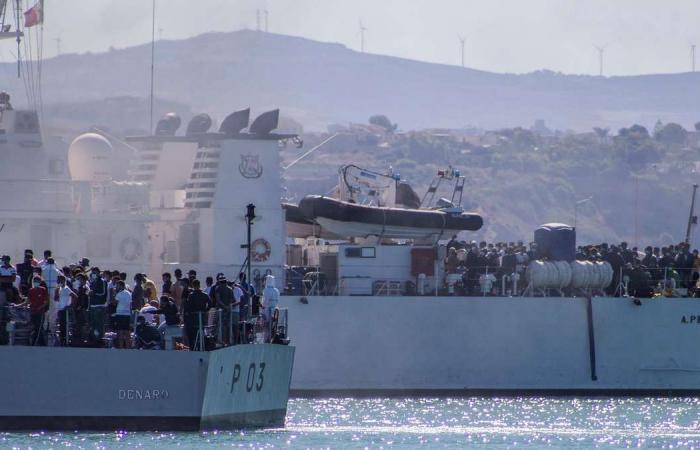 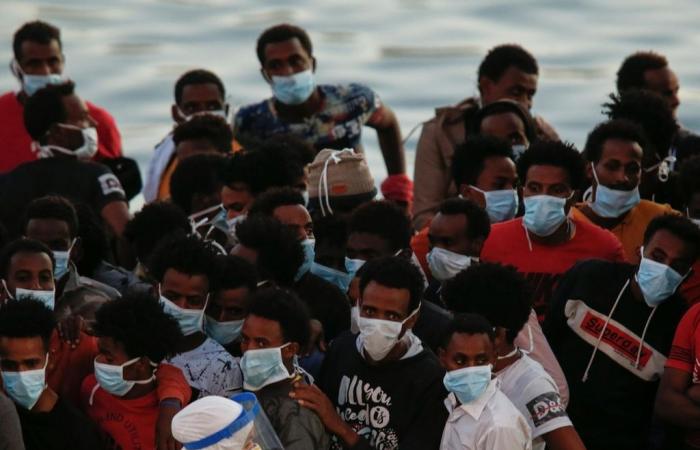 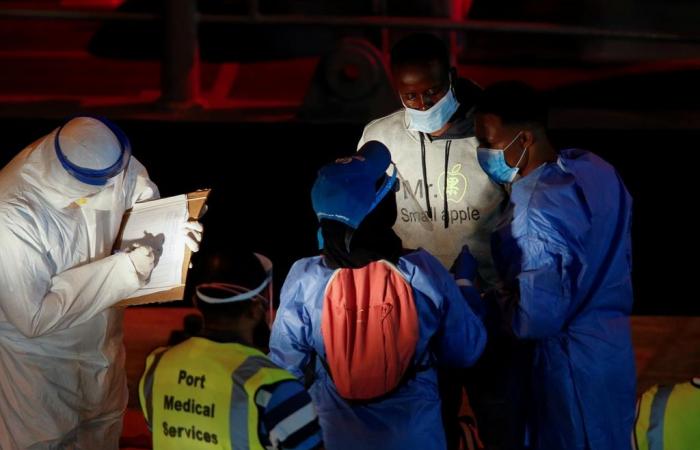 Hind Al Soulia - Riyadh - Migrant rescue ships operating in the Mediterranean Sea have been blocked from carrying out their work as their crews are ordered to stay in port by the Italian coastguard.

Aid organisations and charities have reported a series of nuisance inspections from the Italian coastguard that has obstructed the work of the central Mediterranean’s crucial life-saving vessels.

The obstructions come during the seasonal spike in migrants crossing the Mediterranean as more illegal immigrants and refugees attempt to reach Europe from North Africa in fairer summer weather.

A official for SOS Mediterranee, which operates the Ocean Viking rescue vessel, confirmed to The National that the ship had been forced to stay in port since July 22 following orders from the Italian coastguard.

The organisation has characterised the decision to detain the ship for an inspection as “a blatant administrative harassment manoeuvre”.

The inspection was ordered because the ship had arrived outside Porto Empedocle in Sicily carrying a number of passengers that exceeded its safety limits. The 180 migrants on board had been plucked from the sea.

“What is clear to us now is that, over the past three months, the same argument over safety has been systematically used by Italian authorities to detain four NGO ships conducting search and rescue operations in the central Mediterranean,” Frederic Penard, SOS Mediterranee’s director of operations, said.

Similarly, the Sea Watch vessel operated by Sea-Watch International was put under administrative block on July 9 by the Italian coastguard.

“The Italian authorities are once again using a technical inspection as an excuse to block rescue ships,” the organisation said in a tweet.

“They argue with the lack of safety of rescued persons on board, but they themselves make sure that people are in distress for days and no rescue ships are on scene,” it added.

Rescue ships in the Mediterranean have seen further waiting times added between missions since the onset of the coronavirus crisis.

Ships regularly have to be disinfected and quarantined to ensure that the disease is not spread between the crew, rescued migrants and local people.

Malta and Italy have said their ports are unsafe for arriving migrants because of the public health emergency.

The convergence of these factors has meant that days of waiting for refugees and migrants, often in unseaworthy boats, remains commonplace. Two hundred and seventy people have died making the crossing since January.

On Monday Malta's armed forces rescued a group of 95 migrants found in distress on a dinghy north of Libya, eventually bringing them ashore 33 hours after an initial distress call.

A volunteer organisation, Alarm Phone, said on Sunday morning the dinghy was overcrowded and taking on water. It said the boat was located within Malta's search-and-rescue region.

A Maltese patrol boat rescued another group of 63 migrants and brought them to Malta on July 17. One of those migrants later tested positive for Covid-19 and medical authorities put the whole group in quarantine.

A steady stream of migrants has been arriving from Tunisia to the tiny southern Italian island of Lampedusa, too.

Tunisians are now the biggest single national group reaching Italy by sea, and in a sign of concern, Italian Interior Minister Luciana Lamorgese flew to Tunis on Monday for a meeting with her Tunisian counterpart.

Hours earlier two vessels carrying 18 Tunisians arrived in Lampedusa, a tourist destination about 100 kilometres from Tunisia and 200km from Sicily.

These were the details of the news Migrant rescue ships blocked by Italian coastguard for this day. We hope that we have succeeded by giving you the full details and information. To follow all our news, you can subscribe to the alerts system or to one of our different systems to provide you with all that is new.