UK's first anti-slavery commissioner: There will be no change until a CEO is in the dock 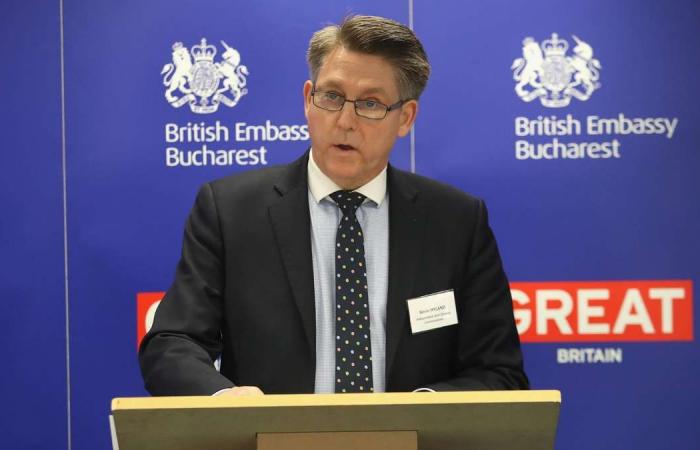 Thank you for your reading and interest in the news UK's first anti-slavery commissioner: There will be no change until a CEO is in the dock and now with details

Hind Al Soulia - Riyadh - After three years of being raped, starved and passed between families like a possession, an enslaved Indian domestic worker finally seized her moment and fled the £2 million home that had been her prison.

The woman, 40, had tried to flee before but her pleas for help had been ignored and she had been sent back to her abusers.

This time, her support team of lawyers and charities took her to a police unit specialising in human trafficking.

“Everybody was speaking for her,” said Kevin Hyland, then the head of the unit run by London’s police force.

“I just told everyone to stop and asked her what she wanted.

“She said: ‘I just want them to go to prison. Thank you for listening to me’, and she started crying.

“Nobody had actually taken the time to tell her that everybody worked for her.”

The case was a formative experience for Mr Hyland who after a successful police career became the UK’s first anti-slavery commissioner and an advocate for its voiceless victims.

The position was created in 2014 when the UK, under prime minister Theresa May, introduced what it claimed was the first law in Europe to address slavery and trafficking in the 21st century.

It was designed to help protect victims, make it easier to prosecute traffickers and hold to account businesses that failed to ensure workers were not being abused, while reaping the profits of exploited labour.

Its limits came to light last month when reports exposed how workers in the cut-price garment trade in the central English city of Leicester were being paid below the statutory minimum wage.

Some of the city’s garment factories, which employ 10,000 people, had few measures to protect against the spread of Covid-19.

The biggest loser was cut-price chain Boohoo, which after conducting its own investigation dropped two suppliers and pledged £10m (Dh47.2m/$12.8m) to tackle malpractice by its suppliers.

Its share price fell sharply but is still higher than a year ago.

“Until we see a CEO in the courtroom facing the jury, then there will always be excuses,” Mr Hyland said.

“And of course, some of these companies have very wealthy legal teams.”

Mr Hyland has been lobbying for companies to be banned from securing public contracts if their suppliers are found to be tainted by labour abuse.

He highlighted the action taken after two 737 Max planes crashed in 2018 and 2019, leading to a crisis for aircraft maker Boeing.

The whole fleet was grounded, the chief executive was fired and legal action is running into billions of pounds.

“That was because of 346 lives,” Mr Hyland said. “It’s estimated that about 22,000 children lose their lives in bad working conditions every year but there’s no sanction.”

The failure of companies and states to live up to their pledges rankles with Mr Hyland.

His tenure as commissioner included the flight of millions from war and poverty in the Middle East in 2015, which contributed to the exploitation of migrants.

Mr Hyland told the UN Security Council in 2017 that conflict was a major driver of modern slavery around the globe.

He told the Security Council of meeting a girl, 15, at a reception camp on the Italian island of Lampedusa.

She had fled conscription in her native Eritrea before being held in Libya where she was sexually abused daily for three months.

Then her captors deemed that she had earned enough for a place on an inflatable dinghy across the Mediterranean Sea to Europe.

Halfway across the migrants fired a flare and waited for rescue.

“She talked to me about bodies floating in the Mediterranean,” Mr Hyland said.

Six months after his address, his message was reinforced with the death of Syrian toddler Alan Kurdi during a failed attempt to reach Europe.

A photograph of his lifeless body lying on a Turkish beach captured headlines around the world.

The Turkish President, Recep Tayyip Erdogan, declared that “humanity has drowned in the Mediterranean Sea”.

The French government called for a Europe-wide mobilisation and Ireland’s prime minister Enda Kenny spoke of a “human catastrophe”.

At the height of the crisis, he travelled to the Greek city of Thessaloniki where he met a Syrian family who had fled war and were living in an aircraft hangar in one of 1,500 tents.

The family was sharing their accommodation with another who had a six-day-old baby.

The father was a civil engineer while his wife was a newly trained doctor, and they had a young child with them.

He was reduced to earning €10 a week from gang masters who took advantage of his stateless situation.

“I want to go home,” the man told Mr Hyland. “I just want to keep my child breathing and my wife breathing, and that’s why I’m here.”

Forced labour brings annual profits of about $150 billion, the International Labour Organisation says, but convictions are “shockingly low” and efforts to tackle the problem are going backwards in some countries.

Mr Hyland resigned his role in 2018 and now advises governments and the G20 group of nations to try to persuade them to address the issue.

He said there were too many vested interests.

“Businesses are saying we're fighting this, but then on the other hand they're profiting from it,” Mr Hyland said.

He said he had tried to calculate how much industrialised nations had put into battling the trade and concluded that it was less than 1 per cent of the $150bn.

That compared woefully to the sums ploughed into tackling climate change, the ill-fated war on drugs, and the response to the Black Lives Matter campaign after civil rights protests.

The death of unarmed African American George Floyd at the hands of white Minneapolis police “was a moment where every business, no matter what business you were, felt compelled to make some statement and to take some action", Mr Hyland said.

“We need to start talking about this for what it is. This is child abuse. These are child soldiers.

"These are children dying down mines. These are men and women who are being exploited.”

Mr Hyland gave the case of the Indian domestic worker whose abuse he investigated.

She had on 12 occasions appealed to police and other organisations before her story was taken seriously.

Mr Hyland and his team’s investigation led to the successful convictions of three people responsible for her abuse.

“We should be convicting more now,” he said. “We know that is one of the biggest problems that the victims aren't getting a proper response.

"We always talk about listening to victims but nobody is really listening.”

These were the details of the news UK's first anti-slavery commissioner: There will be no change until a CEO is in the dock for this day. We hope that we have succeeded by giving you the full details and information. To follow all our news, you can subscribe to the alerts system or to one of our different systems to provide you with all that is new.