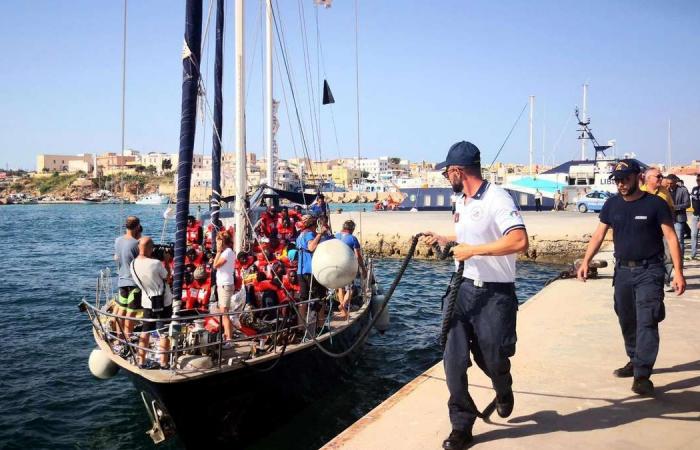 A boat carrying 70 people was intercepted off Sfax, south of the capital Tunis, a security source told InfoMigrants.

The boat’s passengers are believed to have disembarked in the city’s port.

Coast guards also stopped another boat with 60 migrants on board, including three Tunisians and 57 people from other African countries.

There were 18 women and two children on board.

The Tunisian National Guard reportedly stopped nine Tunisians, including women, found in a car with outboard motors, foreign currency, Molotov cocktails, and a gas container in the boot, in Teboulba, in the Monastir governorate. It was thought they were bound for the coast.

In Jebeniana, in the Sfax governorate, the coast guard stopped a boat with 29 Tunisians aboard.

The North African country has experienced a surge in the numbers of migrants passing through on the way to Europe since the beginning of Libya’s conflict in 2011.

The country is seen as a safer route across the Mediterranean compared to its war-torn neighbour.

Tunisian migrants continue to arrive in large numbers at Italy’s island of Lampedusa, one of the key gateways to Europe.

There were about a dozen rescue operations for hundreds of migrants off Lampedusa on Tuesday and arrivals continued overnight into Wednesday, the migration website reported.

Another four boats with about 70 Tunisians aboard, were spotted by a coast guard patrol boat in the evening and four more boats arrived overnight. They had a total of 67 people aboard, all of Tunisian origin.

There have been several migrant ship wrecks off the coast Lampedusa. Last November, more than 18 people died in an accident after a boat capsized in rough waters off the southern coast of the island.

The UN’s International Organisation for Migration reported in April that 16,724 migrants and refugees have entered Europe by sea through almost four months of 2020, a 16 per cent increase from the 14,381 arriving during the same period last year.

Nearly half of all arrivals went to Greece, though 3,310 arrived in Italy. More than 250 migrants were confirmed to have died while trying to reach Europe on the Mediterranean in the first four months of 2020.

These were the details of the news Tunisia intercepts hundreds of migrants bound for Italy for this day. We hope that we have succeeded by giving you the full details and information. To follow all our news, you can subscribe to the alerts system or to one of our different systems to provide you with all that is new.