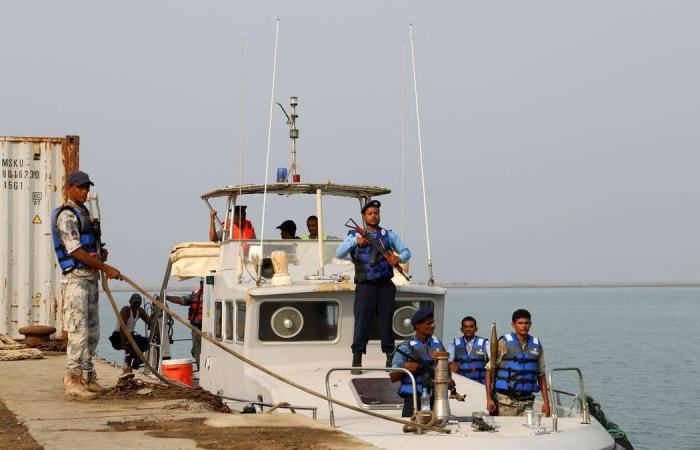 Hind Al Soulia - Riyadh - Yemen's coastguard recently found sacks of AK-47 ammunition hidden on a trading vessel shortly followed on another operation by discovering 40 kilos of cocaine. All the shipments were headed to rebel-controlled areas of the war-torn country and come as a result of efforts to control violations of a UN arms embargo.

Col Abduljabar Zahzooh, who leads Yemen's coastguard in the Red Sea, told The National the raid last Thursday that uncovered the hidden ammunition was the fourth time they've uncovered such illicit cargo in just the last few months.

"The patrol suspected a boat while it was sailing in the Yemeni waters in Bab Al Mandab," Col Zahzooh said. "The patrol stopped the suspect boat and towed it with its three-man crew to a safe area in Bab Al Mandab where our officers inspected it and found dozens of plastic bags containing thousands of AK-47 rounds hidden within the body."

This is just the latest in what is becoming near-weekly finds over the last two months.

"In June 2020 our forces thwarted four attempts to smuggle weapon and drug shipments in the Red Sea including a boat loaded with a shipment containing different types of pistols and another boat loaded with 40 kilos of cocaine heading to Houthi controlled areas," he explained.

Another member of the Coast Guard based in Al Mahrah told The National that the retrained and re-equipped force was having a tangible effect and were seizing large amounts of weapons and ammunition from the eastern Yemeni coast on a more regular basis.

"The Saudi-led Coalition has been supporting our forces to help us operate again in the eastern coastline of Yemen to fight piracy and tackle the weapon smuggling activities," the officer said.

"The major support our forces receive from the coalition was behind the uptick in the weapon shipment seizures by our forces in collaboration with the Arab Coalition forces and the US navy. Our forces seized lots of weapons, projectiles and landmines near the eastern shores, some of these weapon shipments were heading to the Houthis, meanwhile, other shipments belong to smugglers networks."

In recent weeks there have been major announcements by the coalition and the US of major seizures of weapon parts off the coast of Yemen.

On June 29, the Arab Coalition announced that in April it had found a huge cache of arms on-board two Iranian dhow boats off the coast of Mocha. Like the recent smaller finds, they said the two large shipments were also destined for the Houthi rebels in Yemen.

Furthermore, American troops from the US navy have repeatedly raided sailboats in the Red Sea and Bab Al Mandab transferring mainly Iranian weapons destined for the Houthi militia in Yemen.

Two similar seizures in 2019 led the UN to conclude in a report that Iran weapons "may have been transferred in a manner inconsistent" with the ongoing UN arms embargo on Yemen.

In recent years, the UAE and Saudi Arabia as part of the Arab Coalition led training for more than 1,500 Yemeni Coast Guard forces in a bid to combat piracy and smuggling. The aim was to reduce the threat of terrorism or attacks that threaten international shipping lines in the Red Sea. The two states leading the Arab Coalition also supplied the Yemen Coast Guards with boats equipped with weapons, communication devices and advanced radars

These were the details of the news Yemen coastguard see uptick in seizures of arms smuggled to Houthis for this day. We hope that we have succeeded by giving you the full details and information. To follow all our news, you can subscribe to the alerts system or to one of our different systems to provide you with all that is new.