Mustapha Karkouti: An invaluable friend and journalist with wisdom 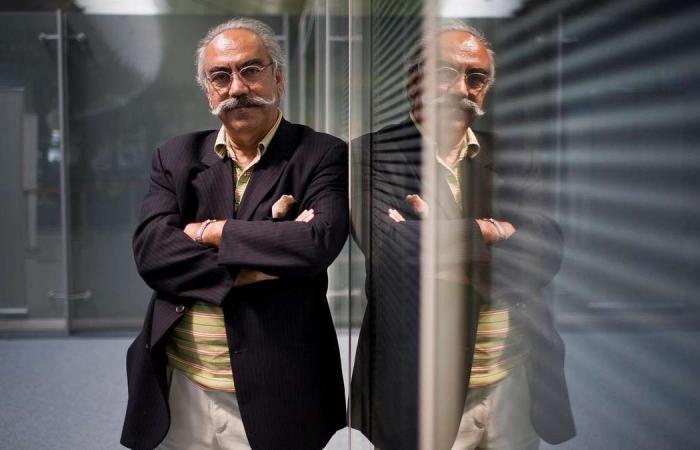 Thank you for your reading and interest in the news Mustapha Karkouti: An invaluable friend and journalist with wisdom and now with details

Hind Al Soulia - Riyadh - The Syrian-British journalist Mustapha Karkouti has died, aged 77. Kharkouti, who lived for many years in the UAE, was a reliable interpreter of the complexities of Arab society to the rest of the world on programs like the BBC’s Dateline London and as a columnist for Gulf News.

Off-camera, Karkouti was an invaluable colleague and friend to journalists from around the world. He guided many of us whose first reporting from the Arab world came in the fraught days after 9/11.

Mustapha Karkouti was born in 1943 in Latakia, Syria into a large working class family. He became involved in student politics and during the 1963 upheaval that brought the Ba’ath party to power Karkouti was arrested, imprisoned and tortured for his anti-Ba’ath activities.

Upon release he was warned to leave the country and moved to Beirut where in his own words, he “fell” into journalism. He worked for news agencies and in the early 1970s was on the team that founded As- Safir newspaper. The paper’s worldview was Arab nationalist, left of centre, secular. Modern. Karkouti was sent to London in 1977 as the paper’s correspondent.

On April 30, 1980, Karkouti was in the Iranian Embassy in London going through visa formalities when six armed men stormed in and took the 26 people inside hostage. They were demanding the release of Arab prisoners in the Iranian province of Khuzestan. The terrorists only spoke Arabic and Farsi, no English and so Karkouti ended up doing duty as an interpreter and liaison with the outside. He also tried to defuse the situation which four days into the crisis was turning violent. At one point Karkouti threw his body across the Iranian press attache’s body to prevent the gunmen from shooting him.

The siege ended after six days when Britain’s SAS stormed the building. Two hostages were killed. The experience was traumatic and marked the journalist for the rest of his life.

But among colleagues the effect of the experience was well-hidden. Karkouti was well-known around London. As the correspondent for Gulf News, his flowing moustaches were a familiar sight at press conferences and hig-level discussions of policy. He was elected president of the Foreign Press Association and was voted on to the Chatham House council.

He left journalism and worked briefly for UNRWA in Amman but, frustrated by UN bureaucracy resigned after a year. During his time in Amman he had met Sheikh Nahyan bin Mubarak Nahyan and became an adviser to him in 2005, moving to UAE for the next nine years. He returned to London in 2014 where he continued to write.

When the Arab Uprising took root and first Hosni Mubarak and then Muammar Qaddafi were overthrown, he urged caution when it came to people trying to overthrow the Syrian regime. From deep personal experience he understood the complexities of that particular country and how the Assad family would deal with an uprising. His predictions of an unprecedentedly vicious war were sadly correct.

Although he had been in intermittent ill-health for several years his death has come as a shock to friends and colleagues. Within hours of the announcement social media was full of expressions of grief and praise for this singular man.

Those of us who report on the Middle East have lost an irreplaceable source of knowledge and very real wisdom about this region.

He is survived by his wife Faten Omary-Karkouti, a daughter Shahlah, and two sons, Ahmad and Talal.

These were the details of the news Mustapha Karkouti: An invaluable friend and journalist with wisdom for this day. We hope that we have succeeded by giving you the full details and information. To follow all our news, you can subscribe to the alerts system or to one of our different systems to provide you with all that is new.