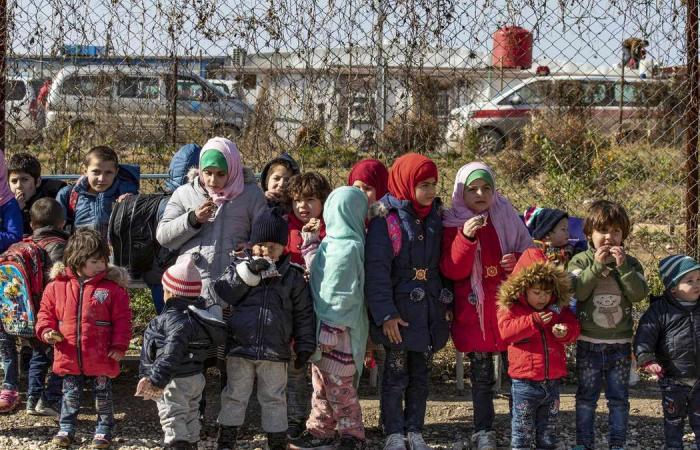 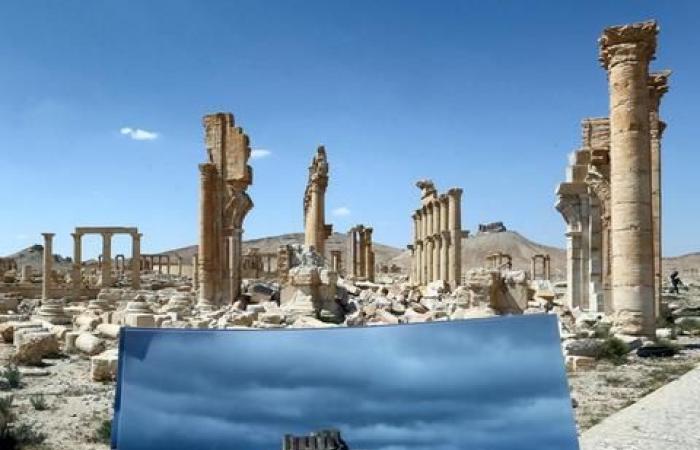 Hind Al Soulia - Riyadh - Over WhatsApp from Tunisia, Taheyya has watched her grandchildren grow up in Syria, where her son joined an extremist group.

She hopes one day to be able to hold the three surviving siblings in her arms, but for now they are stuck in a displacement camp in the war-torn country.

"These are our grandchildren. All we are asking is to be able to take care of them, for them to live somewhere other than in war, poverty and ignorance," Taheyya said.

Like others AFP spoke to, she preferred not to provide her surname for fear of reprisals against the children.

For three years, Taheyya has done the rounds of ministries and NGOs to try to repatriate her three-year-old granddaughter and two grandsons, aged five and six.

Their father left for Syria in 2012, where he joined the Islamic State group and was killed.

She said the eldest grandchild needed treatment for a head injury, and two other siblings have already died because of a lack of medical care.

In a folder, Taheyya carefully keeps a bundle of documents that sums up their torturous lives: pixelated photos and identity papers issued by the so-called ISIS caliphate.

The children now live in a camp on the Turkish-Syrian border with their mother, a young Syrian who was married when she was not yet 14.

Tunisians have constituted one of the largest groups of foreign militants in Syria, Iraq and Libya since 2011, with almost 3,000 departures, according to the Tunisian authorities.

Like Taheyya, dozens of other families are trying to repatriate at least 140 Tunisian children stuck in conflict zones, where their parents are suspected of joining extremist groups.

The Observatory of Rights and Freedoms of Tunis, which is in contact with the families, counts 104 children in Syria, almost all of them in camps. Three quarters were born there and are under the age of six.

Another 36 are in Libya, either detained by militias or being looked after by the Red Crescent.

While public opinion at home is hostile towards the return of the militants, President Kais Saied raised families' hopes in January by bringing back six orphans from Libya and promising to "speed up the repatriation" of the others.

But since then, there have been no further returns.

From a middle-class family in central Kairouan, Taheyya's son was one of the first in his neighbourhood to leave for Syria.

A cook in the merchant navy, he survived a hostage-taking by Somali pirates and later joined groups fighting the regime in Syria.

He opened a restaurant in the city of Raqqa, once the de facto capital of ISIS in Syria, and was killed in late 2018 while trying to flee, according to his family.

"He had asked me to take care of his children," his younger brother said, adding that he himself had travelled to Turkey twice but had failed to obtain their return.

"We talk to them every two or three days, when the network allows, but we have gone for several months without news," Taheyya said.

"I have never been able to hug them."

Officials at the Tunisian foreign ministry said that "the will exists" for repatriations, pointing the finger at foreign authorities and the novel coronavirus pandemic that has slowed down discussions.

The foreign affairs bureau of the Kurdish administration in northeastern Syria denied the Tunisian government had contacted them about repatriations.

AFP correspondents in Syria said they saw many Tunisians leaving the former ISIS bastion of Baghouz during the final battle of 2019.

People there were taken to the Kurdish-run Al Hol camp, now home to thousands of ISIS wives and their children.

No specific figures were available for the number of Tunisians currently at Al Hol.

Like Taheyya, Fethia is also looking for her grandchildren.

Her daughter was taken to Syria in 2013 by her husband, who had joined groups fighting against the regime.

She was killed in bombing in 2019, leaving two children, aged four and seven, in a displacement camp.

"They don't go to school and struggle to eat. It is making me ill," said Fethia.

She said she had not received any photos of the children for two years.

"How can you sleep?" she asked.

Mohammed, meanwhile, is worried about his sister and nephew.

According to the last information he had, they were held by a militia in western Libya.

He wants her to be repatriated to Tunisia, even if it means being tried for belonging to an extremist group.

Mohammed said she had been a nurse in a Libyan hospital and had tried in vain to flee the country in 2016 after she saw her husband become radicalised.

He said he hadn't had any contact with her since January last year.

"She couldn't complain, but she let us understand things," he said.

He said she would keep olive pits to stave off hunger and had even been driven to exchanging sexual favours for food.

"These women and their children are suffering," he said.

"They are victims, but our elected officials are cowards."

These were the details of the news Tunisian families battle to repatriate children from Syria for this day. We hope that we have succeeded by giving you the full details and information. To follow all our news, you can subscribe to the alerts system or to one of our different systems to provide you with all that is new.