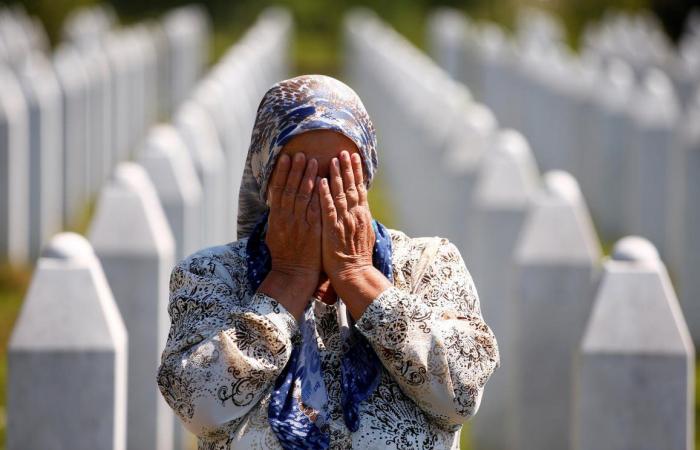 Jeddah - Yasmine El Tohamy - WARSAW, Poland: Voters in Poland on Sunday will decide a tight runoff election between populist incumbent President Andrzej Duda and his liberal pro-European Union challenger, Warsaw Mayor Rafal Trzaskowski.
Recent opinion polls show a race so close that it could hinge on a narrow margin of voters, which added urgency to the final days of campaigning in the central European Union nation of 38 million people.
If Duda wins, he and the right-wing Law and Justice party that backs him will maintain a hold on almost all key instruments of power in the country, possibly until the next parliamentary elections scheduled for 2023.
The party’s welfare policies have helped reduce income inequality, creating reservoirs of trust and admiration, especially in rural areas where the party’s attachment to Roman Catholic traditions also go far.
But Law and Justice has exacerbated divisions in society with rhetoric marginalizing liberal elites, the LGBT community and other minority groups. It has also drawn criticism from some EU leaders, primarily because of laws giving the party new powers over Poland’s justice system.
A victory for Trzaskowski, who belongs to the main opposition party, Civic Platform, would give him veto power over the laws passed by the ruling party.
Since the Polish president represents the county abroad, Trzaskowski would bring in a more pro-European and conciliatory side of Poland to European forums.
“If Trzaskowski wins, it will be a clear sign that the society has had enough and wants a kind of politics where compromise is a value,” said Wojciech Przybylski, editor in chief of Visegrad Insight, a policy journal focused on Central Europe.
As he seeks a second five-year term, Duda got a campaign boost from his patron, the powerful ruling party leader, Jaroslaw Kaczynski, and from Prime Minister Mateusz Morawiecki.
Duda traveled across Poland meeting people, visiting open-air markets and vowing to protect the government’s signature spending policies. He was especially well received in farming regions and small towns, where government-paid bonuses have helped alleviate poverty and have given families with children more money to spend.
“This election will decide Poland’s development in the future, whether it will continue on the path to development,” Duda said at a rally in Starachowice, an industrial town of 50,000 in central Poland.
Duda suggests Trzaskowski would cut the popular welfare spending programs — but Trzaskowski has vowed to preserve them, acknowledging the “mistake” his pro-business party made in not introducing such help when it held power before.
Ryszard Sadowski, a 72-year-old who turned out to cheer Duda, praised him as a “reliable” man who kept his promises to help improve the lives of regular people. The retired biology and gym teacher said he benefited from a new yearly cash bonus for senior citizens called a “13th” monthly pension, and others in his family have received payments for children.
“From the moment when the money started coming to the families, suddenly everyone is happy,” Sadowski said.
Duda and Trzaskowski, both 48, eliminated nine other candidates in the first round on June 28. Duda got 43.5 percent of votes in that election, and Trzaskowski got 30.5 percent  but is expected to pick up many of the votes that went to the others. There are nearly 30 million eligible voters.
A former European Parliament lawmaker, Trzaskowski has vowed to heal the social divide in the country and respect democratic rules.
“The stakes in this election are extremely high,” he told reporters Thursday.
Law and Justice will either “continue to destroy independent institutions, further try to politicize courts, destroy local governments and threaten the freedom of the media, or we will have a democratic state where the president restores the balance,” he said.
“It’s now or never,” he added.
Trzaskowski’s support is strongest in larger cities and among more highly educated people, according to exit polls from the first round.
At a Trzaskowski rally in Gniezno on Tuesday, Wlodzimierz Mokracki, a 74-year-old who still teaches at technical schools, believes Poland’s 30-year-old democracy is on the line.
If Trzaskowski wins, Mokracki said, “we will go back to a democratic state. I will not be afraid to say what I think, because today they are taking the first small steps toward intimidating us.”
The election was originally scheduled for May, but was put off amid political wrangling over concerns for public health during the coronavirus pandemic. To date there are some 37,000 infections and almost 1,600 deaths in Poland.
Sunday’s vote, just like the first round, will be held under a strict sanitary conditions.
Voters must wear masks and gloves, maintain a safe distance and use hand sanitizer. They can use their own pens to mark ballots. Election officials must wear masks and sit apart from each other, and ballot boxes will be regularly disinfected in the well-ventilated polling stations.
Morawiecki, the prime minister, said the virus is “retreating” and urged everyone to “go in a throng and vote,” which was seen as encouragement to Duda’s traditional base of older supporters, some of whom did not vote in June’s first round out of health concerns.
“The political situation is tense, the outcome may be a very close call, and that has pushed the coronavirus theme into the background,” Jaroslaw Flis, a political scientist with the Jagiellonian University in Krakow, was quoted as saying by the Gazeta Prawna newspaper.
Concerns were raised after the first round that voting was not possible in some places abroad, where it is done only by mail, because many ballots reached voters too late.
Trzaskowski won 48.13 perccent of votes cast abroad, while Duda got 20.86 percent, according to official results.
It remained to be seen if the procedures, carried out by Poland’s government-controlled diplomatic missions abroad, will improve for the runoff.