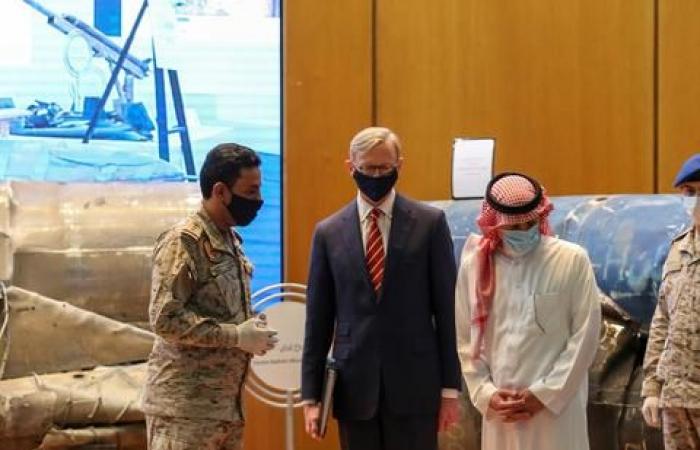 Hind Al Soulia - Riyadh - A US judge has ordered Iran to pay another $879.1 million over a 1996 bombing in Saudi Arabia that killed 19 US airmen, ruling again that Tehran bore responsibility.

US President Donald Trump's administration hailed the judgment, the latest over the attack against Iran, which denies involvement and refuses to pay.

Saudi Hezbollah, a militant group from the conservative Sunni kingdom's Shiite minority, allegedly carried out the attack by driving an explosives-laden truck into the eight-story Khobar Towers complex where Western and Saudi forces were staying.

Beryl Howell, the chief judge of the US federal district court in Washington, cited previous evidence as she wrote that Iran "aided Hezbollah in carrying out a horrific, violent attack that killed 19 people and injured hundreds more."

In a July 2 ruling that was made public this week, she ordered the damages for 14 US service members who were injured in the attack as well as 21 family members.

Explaining why the amount includes punitive damages, she said that the plaintiffs "suffered physical injuries and psychological trauma" and that "there is a need to deter future terrorist attacks."

Glenn Tyler Christie, who led the suit, was cleaning a nearby kitchen at the time of the blast and still suffers both physical and psychological problems including chronic headaches and depression, the ruling said.

State Department spokeswoman Morgan Ortagus hailed the decision, writing on Twitter: "Justice is overdue for the many victims of Iranian-supported terror."

Ms Howell in 2018 had ordered Iran to pay $104.7 million in a similar case over the Khobar Towers bombing.

At that time, she had rejected the punitive part of the damages, saying that changes in US law precluded such penalties for incidents before 2008.

But in May, the US Supreme Court allowed for punitive damages for pre-2008 attacks in a unanimous decision involving Sudan.

A separate court decision in 2013 ordered Iran to pay $591 million to the family of one of the US airmen who died.

Iran, which has no diplomatic relations with the United States, has hit back that Washington should pay for past wrongdoing including support for Saddam Hussein in the Iran-Iraq war.

The International Court of Justice last year let Iran continue with legal action seeking to unblock Iranian assets frozen by the United States, which says the money should go to pay victims under court judgments.

Meanwhile, US Secretary of State Mike Pompeo has criticised an independent UN human rights expert's report insisting a American drone strike that killed a top Iranian general in January was a "watershed" event in the use of drones and amounted to a violation of international law.

The report presented by Agnes Callamard to the UN-backed Human Rights Council on Thursday chronicled events around the death of Iranian General Qassem Soleimani and the legal implications of his killing as part of a broader look on the use of drone strikes.

Ms Callamard, the special rapporteur on extrajudicial, summary or arbitrary executions who has been commissioned by the council, called the January strike in Iraq "the first known incident in which a state invokes self-defense as justification for an attack against a government official outside a declared armed conflict."

Mr Pompeo said in a statement late Thursday that the US rejected her report and "opinions."

"Ms. Callamard's conclusions are spurious," he said. "The strike that killed General Soleimani was in response to an escalating series of armed attacks in preceding months by the Islamic Republic of Iran and militias it supports on US forces and interests in the Middle East region."

These were the details of the news US court orders Iran to pay $879m over 1996 Saudi attack for this day. We hope that we have succeeded by giving you the full details and information. To follow all our news, you can subscribe to the alerts system or to one of our different systems to provide you with all that is new.