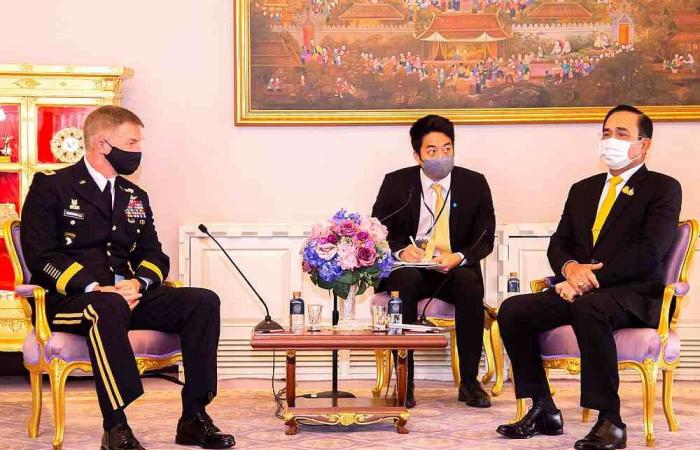 BANGKOK, July 10 — US Army Chief of Staff General James McConville met with Thailand's prime minister and its army chief today, in the first high-level visit by a foreign delegation to Thailand since the Covid-19 pandemic disrupted international travel.

McConville met with Prime Minister Prayuth Chan-ocha and also Thai army chief Apirat Kongsompong and signed a Strategic Vision Statement, a US Embassy statement said, as Washington looks to reassure allies about its commitment to the region.

The text of the statement was not released, but the embassy said McConville and Apirat “discussed modernisation, interoperability, joint training, and doctrine.”

The United States has sought to counter China's influence in South-east Asia, most recently by sending two aircraft carriers to the South China Sea while the Chinese military conducted drills near islands that are also claimed by Vietnam.

Thailand is Washington's oldest ally in Asia, but relations were strained by a 2014 military coup led by then-army chief Prayuth that ousted an elected civilian government.

The United States scaled back some military exchanges with Thailand, and Bangkok responded by forging a closer ties with China.

Prayuth today also acknowledged US$2 million (RM8.54 million) in US aid to help Thailand to cope with the coronavirus, according to a news release from his office.

The US delegation visited under a special arrangement to follow strict coronavirus safety measures that required members to wear face masks.

These were the details of the news US Army chief of staff signs 'strategic vision' pact with Thailand for this day. We hope that we have succeeded by giving you the full details and information. To follow all our news, you can subscribe to the alerts system or to one of our different systems to provide you with all that is new.

PREV Much more work needed in Iran nuclear talks despite progress, says EU
NEXT Derek Chauvin found guilty of all charges in death of George Floyd