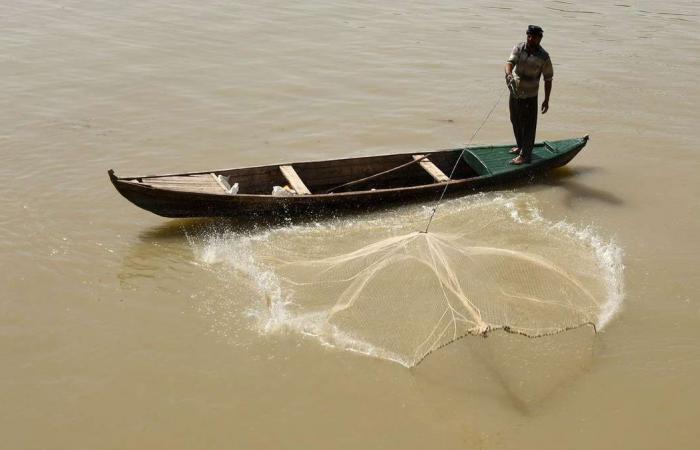 Hospitalisations due to worsening contamination from sewage, agricultural runoff and chemical dumping are high, especially in southern Iraq, and families now reliant on bottled water may struggle to afford it as incomes dive, they said.

The conflict-riven country has seen its water infrastructure degrade over decades both from neglect and war damage, said Tobias von Lossow, a water security expert at the Clingendael Institute, a Dutch international relations think-tank.

Construction of new dams over the decades in upstream Turkey, Syria and Iran has choked off some of the flow of the Tigris and Euphrates rivers the country depends on, he said.

Now climate change is making temperatures hotter and rainfall more erratic, adding to fears of water shortages, he added, even as the Covid-19 pandemic slows efforts to deal with the threats and saps the country's financial resources.

Low oil prices, in particular, are "a financial existential threat for Iraq", Mr von Lossow said, with the country facing predictions its economy could decline 9-10 per cent this year.

Khaled Sulaiman, a Kurdish journalist who published a book earlier this year on water issues in Iraq, said he believed growing water shortages could further destabilise the country, which is "facing a serious crisis with water".

Shortages are already driving many Iraqi villagers into larger cities "because there's not any way to survive" as water supplies dry up, he added.

Some communities are battling Covid-19 and water-borne diseases at the same time, he said, even as water is wasted in inefficient irrigation projects or grabbed by the well-connected.

"All this could put Iraq on the edge," he warned, especially with its population predicted to double by 2080.

Maha Yassin, an Iraqi-born outreach officer for the Planetary Security Initiative, a group of think-tanks working on security issues, said frustration was growing among the country's youth over a lack of basic services.

Young people "just want to have tap water in their house, some air-conditioning ... during summertime," said Ms Yassin, who was born in Basra where the average summer high is 45 degrees Celsius.

Families in the region are in some cases already spending US$56 a month on bottled or filtered water, but as people lose jobs in the downturn, securing sufficient water is likely to become even more difficult, she warned.

"We are a war theatre and Iraqis are the victims," he said. "Until there is stability in our region, none of our problems are really going to be resolved."

After years of talking about those problems, "it seems to me everything is getting worse and worse", he said.

He called for efforts to help Iraqis understand the gravity of looming water shortages, to create a groundswell of support for action. "What's needed is political will," he said.

"It's about people understanding the problem is right around the corner, and if we don't address it now, it's too late."

These were the details of the news Iraq's shrinking water supplies could put country 'on the edge' for this day. We hope that we have succeeded by giving you the full details and information. To follow all our news, you can subscribe to the alerts system or to one of our different systems to provide you with all that is new.