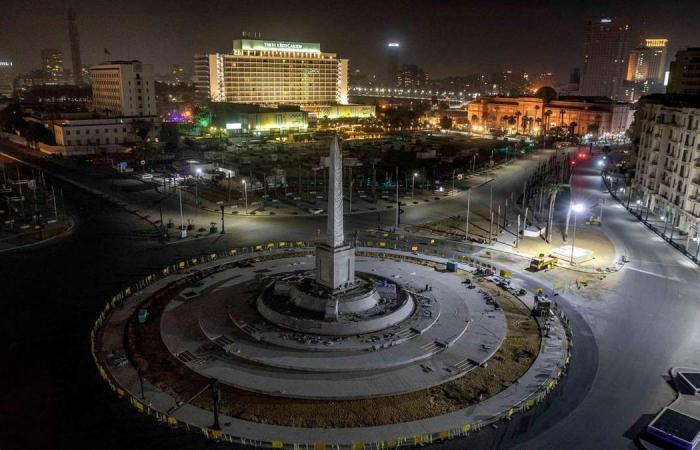 Hind Al Soulia - Riyadh - Egypt's prosecutors are investigating a former university student they accused of attempting to sexually assault three women, including an underage girl, and of blackmailing others for sex.

The office of Egypt's chief prosecutor Hamada Al Sawy said the former student will remain in detention for 15 days pending the completion of the investigation.

The statement said the man had admitted to meeting six women and to keeping explicit photos that he claimed they had given him. It did not say if he has denied the allegations.

The case has led to an uproar among women's rights activists in Egypt given the country's notoriously bad record for harassment of women despite stepped-up government efforts to combat the abuse. The activists claim that the former student has sexually assaulted or raped up to 50 women.

With sufficient evidence, the next step would be to formally charge the man and refer him to trial. If convicted, the man in his early 20s could face up to life in prison.

The suspect was once enrolled at The American University in Cairo (AUC) before he moved to Spain where he studied in Barcelona. However, he was suspended from his Spanish university and later expelled following the allegations, according to the student's father. He was detained in Cairo on Saturday.

Rights groups say the infrequency of court cases for offenders are chiefly the result of subtle but effective societal acquiescence whereby many Egyptians, men and women alike, explain the crime away as the result of women's provocative attire or economic hardships.

However, Egypt's street harassers are often in their early teens, with some are even as young as 9 or 10. Women adhering to Islam's conservative dress code – which covers everything except the eyes – can also fall victim to sexual harassment on the streets.

The case also shines a light on the dark traits of a patriarchal society in which women are often taken lightly or perceived to occupy a place inferior to that held by men.

Activists and ordinary social media users have vilified families and educational institutions for counselling their members not to go public with their experiences of sexual harassment or assault on the grounds that such action would bring shame or disrepute.

In recent years, the government has stiffened penalties for convicted harassers or rapists, but the problem has persisted, prompting calls for meaningful societal reform.

Significantly, the country's highest Islamic authorities – Al Azhar Mosque and the Mufti – have weighed in on the national conversation surrounding the case.

In milestone statements, both rejected the commonly held view that women's public attire was to blame for sexual harassment or assault and called on authorities to deal firmly with perpetrators. They described the argument as malicious and delusional.

According to a statement from the public prosecutor's office, a woman who electronically filed a complaint against the former AUC student has provided prosecutors with copies of WhatsApp messages she says show how he tried to blackmail her into having sex with him. They say that he threatened to tell the woman's family that she was involved in prostitution and drugs unless she agreed. The woman, who was not identified, rejected his threats.

The statement said prosecutors have questioned four other women and an underage girl who met the accused on social media between 2016 and early this year. It said all five fought off the man's sexual assaults at his residence in a Cairo compound. He later threatened to publicise compromising photos if they didn't have sex with him.

It said the suspect has admitted meeting six women on social media and that he kept compromising photos that he alleges they sent to him. He threatened to send the images to the women's families when they ended their relationships with him, according to the statement.

"The prosecution would like to emphasize its resolve to combat this crime and its rejection of putting the blame on the victims for contributing to what happened to them or to justify the crime in any way," the prosecutor's office said. It also urged victims of sexual harassment to file complaints directly to prosecutors and security agencies instead of sharing their experiences on social media.

"The prosecution urges people to report whatever they find untoward, their complaints and any supporting evidence to the guardians of justice in this country ... rather than share them with those who are ignorant and not specialists."

These were the details of the news Egypt's investigation into alleged serial abuser stirs national debate for this day. We hope that we have succeeded by giving you the full details and information. To follow all our news, you can subscribe to the alerts system or to one of our different systems to provide you with all that is new.