France did not break the law by stripping terrorists of nationalities, top court rules 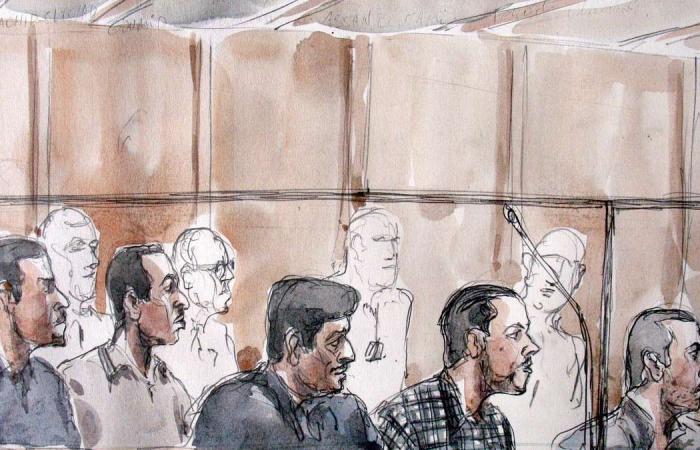 Thank you for your reading and interest in the news France did not break the law by stripping terrorists of nationalities, top court rules and now with details

Hind Al Soulia - Riyadh - France did not break the law when it stripped five dual nationals of their French nationality over their ties to an Al Qaeda-affiliated group linked to attacks that have killed hundreds, a top European court has ruled.

The European Court of Human Rights (ECHR) found there had been no violations to Article Eight of the European Convention on Human Rights, which allows for the right to respect for private life.

Bachir Ghoumid, Fouad Charouali, Attila Turk, Redouane Aberbri and Rachid Ait El Haj were informed in 2015 that the government had begun steps to strip them of their citizenship for being convicted of terror offences.

In 2007, the Paris Criminal Court convicted them for participating “in a criminal conspiracy to commit an act of terrorism” between 1995 and 2004.

The group were convicted for their connection to the Moroccan Islamic Combatant Group, an Al Qaeda linked terror organisation which has been linked to the 2003 Casablanca bombings that killed 33 and injured more than 100, and the 2004 Madrid train attack that killed 191 people and wounded well over 2,000.

The men were accused of sheltering the group’s leaders and of attempting to join a training camp in Afghanistan. They were released in 2009 and 2010 and said to have embarked on a reformed life. All hold Morrocan nationality apart from Turk, who is also Turkish.

The ECHR said it accepted the French government’s argument that recent terror attacks meant it had to be much firmer in regard to people convicted of terrorism offences.

“The Court reiterated the point, already made in a number of judgments, that terrorist violence constituted in itself a serious threat to human rights,” the judgement said.

“As the applicants already had another nationality, the decision to deprive them of French nationality had not had the effect of making them stateless.

“In addition, loss of French nationality did not automatically entail deportation from France, but, if such a measure were to be decided against them, they would have the appropriate remedies by which to assert their rights.

“Lastly, the Court observed that deprivation of nationality under Article 25 of the Civil Code was not a criminal sanction, within the meaning of Article 4 of Protocol No. 7 (right not to be tried or punished twice), and that this provision was therefore inapplicable.”

Last June a French court stripped a dual Moroccan citizen who was sentenced to our years in jail in 2018 for attempting to reach Syria only days after the Charlie Hebdo in attacks Paris in January 2015.

These were the details of the news France did not break the law by stripping terrorists of nationalities, top court rules for this day. We hope that we have succeeded by giving you the full details and information. To follow all our news, you can subscribe to the alerts system or to one of our different systems to provide you with all that is new.