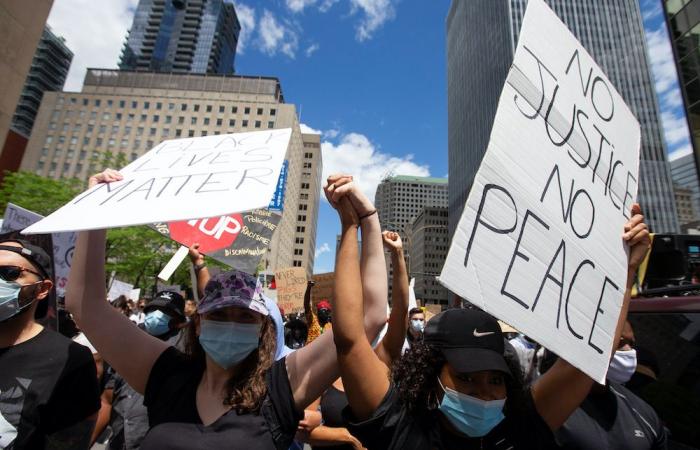 Hello and welcome to the details of Silence is ‘complicity,’ say many white protestors and now with the details

NEW YORK, June 8 — As massive crowds take over streets across the United States in support of black lives, “white silence is violence” has become a recurring theme, a push to spread awareness that discrimination in a country built on racism extends far beyond police brutality.

The recent police killing of a black man, George Floyd, in Minneapolis and the protests it triggered have revived long-simmering criticisms over the historic complacency of white Americans towards the systemic racism undergirding their lifestyles.

Krista Knight, a playwright who protested this weekend in Manhattan, was among the many demonstrators wielding signs with slogans like “complicity” to indicate their solidarity with the Black Lives Matter movement.

It’s the first time the white 36-year-old has marched for the cause, but staying home “is like sending the message that I don’t care.”

“Silence is indicating complicity,” she said.

The Black Lives Matter movement was founded in 2013 in response to the acquittal of the white man who shot dead Trayvon Martin, a 17-year-old black youth, in Florida.

Since then, it has grown rapidly worldwide, founding dozens of chapters and organizing disruptions to draw attention to systemic ills — often ignored by white Americans, who are statistically affected the least by such issues — including police brutality, as well as housing, education and healthcare disparities.

The movement fuelled a growing consciousness and organising framework for years, building some of the forces necessary to foster the current explosion of protests.

And according to Candace McCoy — a criminologist at the City University of New York who has written on protest tactics — ”one of the major differences in these protests, compared to others in the past 30 years, is the significant percentage of white people protesting on behalf of equal rights for black people.”

She compares this mobilisation to the demonstrations for civil rights of the 1960s, in particular the August 28, 1963 “March on Washington for Jobs and Freedom” spearheaded by Martin Luther King Jr.

Even Barack Obama has noticed a difference: It’s “a far more representative cross-section of America out on the streets peacefully protesting, who felt moved to do something because of the injustices that they had seen,” the former president said during a recent digital town hall.

“There is a change in mindset that’s taking place.”

For many young people, protesting was the obvious move.

Ross, a 25-year-old musician who has lived in cities including New Orleans, Houston and New York, found it unnerving to see his black friends flinch at the sight of police.

It’s vital, he said, to march in the name of equality for “our friends, our neighbors.”

“It’s not right to let that separation continue.”

The marches that have for more than a week blossomed from New York to Los Angeles, including in many small towns and rural areas nationwide, are attracting older generations as well.

“I’ve done a lot of marches for other things, but this is the first time I’ve come out” for Black Lives Matter, said Marianne Macrae, 58.

“I don’t know why this was the one that tipped the balance,” said the employee of a non-profit that fights poverty, but “I think it’s really important to show my support.”

“We have to have some reforms... I think this needs to go on and continue, all summer, into the fall, into the election.”

Some 49 per cent of white Americans now say police are more likely to use excessive force against a black culprit — nearly double the 25 per cent who said so in 2016.

And 78 per cent of all Americans consider the anger triggered by George Floyd’s murder “fully” or “partially” justified.

Meredith Parets, a teacher from Phoenix, Arizona, last week joined a protest and has subscribed to two groups related to the movement on Facebook.

One, “White People for Black Lives,” is aimed at helping white people detect and combat insidious forms of racism.

“For all my life, when I thought of white supremacy, I thought of neo-Nazis and the KKK,” the 47-year-old said. “I thought, as long as you didn’t choose to be part of it, that you were not a part of it.”

She doesn’t consider herself an activist but recently has written to her local politicians demanding a budget for a citizen’s police review board, as well as to her mayor about outlawing police chokeholds.

After George Floyd’s death, she said she started “realising how much of the world is constructed so that white people feel safe all the time.” — AFP

These were the details of the news Silence is ‘complicity,’ say many white protestors for this day. We hope that we have succeeded by giving you the full details and information. To follow all our news, you can subscribe to the alerts system or to one of our different systems to provide you with all that is new.