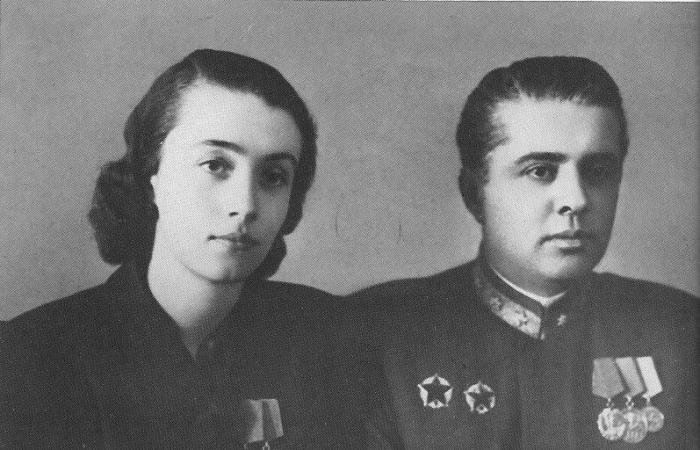 Thank you for reading the news about Nexhmije Hoxha, widow of Albania’s communist dictator, dies at 99 and now with the details

Jeddah - Yasmine El Tohamy - TIRANA: Nexhmije Hoxha, the wife and loyal defender of the former communist dictator who ruled Albania for more than 40 years, died on Wednesday at age 99, her family said.
She passed away at home in the modest Tirana apartment where she lived with her daughter and her niece, her daughter-in-law told AFP by telephone.
In a statement to the media, her son Ilir Hoxha expressed his “sorrow” and said his mother “dedicated her whole life to the liberation of the homeland and the construction of a new Albania, to progress and the emancipation of Albanian society.”
Hoxha, who outlived her husband Enver by more than 30 years, never showed any remorse over his reign of terror.
After Albania’s communist regime collapsed in 1991, the widow served five years in jail for embezzling public money.
She was also personally implicated in the executions, deportations and arbitrary arrests that marked her husband’s regime.
But she never missed a chance to praise her husband, once calling him “not a dictator but an ideal leader who knew how to defend his country from foreign and local enemies threatening Albania’s existence.”
“What should I be ashamed of? Why ask for a pardon? I do not regret anything and there is nothing I should feel guilty for. We only respected laws in force at the time,” she told AFP in a 2008 interview.
During the regime’s 1945-1991 rule, 5,577 men and 450 women were executed, more than 26,000 people were imprisoned and 32,000 deported, while 77,000 perished in labor camps.
Born into a family of ethnic Albanian Muslims on February 8, 1921 in the Macedonian town of Bitola, Hoxha met her future husband, 13 years her senior, at a clandestine meeting of the Albanian Communist Party in 1941.
They married a year later and she embraced his revolutionary ideas based on the teachings of Marx and Lenin, reaching the top ranks of the communist party herself.
Under her husband’s reign, Albania broke off links with other communist states after World War II and was for decades completely isolated from the outside world.
Hoxha spent her later years living in a Tirana suburb, where she wrote her memoirs “My Life With Enver,” surrounded by books, pictures and memorabilia.
She will be buried in a public cemetery on Thursday, her family said.

These were the details of the news Nexhmije Hoxha, widow of Albania’s communist dictator, dies at 99 for this day. We hope that we have succeeded by giving you the full details and information. To follow all our news, you can subscribe to the alerts system or to one of our different systems to provide you with all that is new.