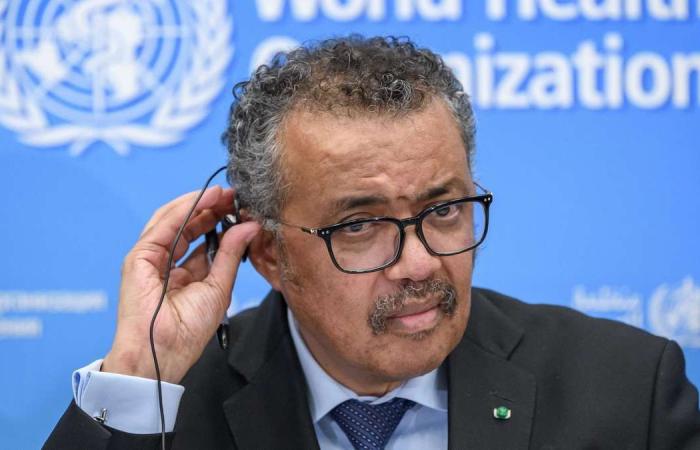 Thank you for your reading and interest in the news Coronavirus: WHO chief says world must prepare for 'potential pandemic' and now with details

Tedros Adhanom Ghebreyesus also said, however, that a WHO joint mission to China that concluded on Monday found that the virus there "peaked" between January 23 and February 2 "and has been declining steadily since then".

"This virus can be contained. Indeed there are many countries that have done exactly that," he said, crediting the measures taken by China to lock down several cities for helping to prevent an even bigger spread.

The WHO has declared it a global health emergency but has stopped short of calling it a global pandemic.

He added, however, that countries should be "doing everything we can to prepare for a potential pandemic.

"What we see are epidemics in different parts of the world affecting countries in different ways and requiring a tailored response," he said.

Michael Ryan, head of WHO's health emergencies programme, said a WHO team had arrived in Italy on Monday and another was expected in Iran on Tuesday.

Ryan also cautioned over the apparent high mortality rate in Iran, where the government has reported 64 infections and 12 deaths, saying that "we may only be detecting severe cases".

He said "the virus may have been there longer than we had previously suspected", adding that transmission might have occurred through events such as religious festivals.

South Korea has also seen a rapid rise in infections since a cluster sprouted in a religious sect in Daegu last week.

South Korea reported more than 200 infections and two more deaths on Monday, bringing the total cases to more than 830 - by far the most outside China.

Eight people have died from the virus there, and President Moon Jae-in over the weekend raised the country's virus alert to the highest "red" level.

As part of the containment efforts, school holidays were extended nationally while the 2.5 million people of Daegu were told to remain indoors.

Authorities in Hong Kong announced that from Tuesday it would not allow arrivals from South Korea other than returning residents.

Mongolia earlier announced it would not allow flights from South Korea to land.

"I am deeply concerned at incidents of xenophobia and hatred, discriminatory immigration controls and arbitrary repatriation," she said.Fears were also growing in Europe, with Italy reporting two more deaths Monday, bringing the total to five.

The Geneva-based WHO declared the 2009 H1N1 swine flu outbreak a pandemic, which turned out to be mild, leading to some criticism after pharmaceutical companies rushed development of vaccines and drugs.

WHO declared the novel coronavirus that emerged in Wuhan, China, in December a public health emergency of international concern, known as a PHEIC, on January 30. The designation, which remains in place, was aimed at helping countries with weaker health systems shore up their defences, especially in Africa.

Oil prices dropped to its lowest in two weeks during early trading as stock markets around the world witnessed sharp falls, weighed down by concerns about the rapid spread of the coronavirus.

Brent, the most widely-used pricing benchmark, fell 4.6 per cent and was trading at $55.92 per barrel at 6.10pm UAE time on Monday while West Texas Intermediate slid 4.8 per cent at $50.92 per barrel.

Markets across the world also fell as the epidemic risked turning into a pandemic. In the US, the Dow Jones Industrial Average opened 2.8 per cent lower, the S&P500 was 2.6 per cent down and the Nasdaq composite index traded 3 per cent lower shortly after the market opened.

Health ministries in Oman, Bahrain, Kuwait, Iraq and Afghanistan have confirmed their first cases of the coronavirus on Monday.

A Bahraini national showed symptoms after arriving on a flight from Iran and was transferred to the Ebrahim Khalil Kanoo Medical Centre for immediate testing, treatment and isolation, the country's Ministry of Health said in a statement.

"The ministry calls upon all citizens and residents who are experiencing symptoms of COVID19, including a fever, coughing and difficulty breathing, or those who have travelled to one of the countries infected with the disease or have interacted with a person travelling from any of those locations, or interacted with an infected patient, to isolate themselves," the ministry said.

Kuwait has reported that three people, who had travelled to Iran, have tested positive for coronavirus. According to the country's state news agency, the cases, which include a Saudi national, were among 700 people evacuated from the Iranian city of Mashad last week.

On Monday, the UAE announced that Emiratis were banned from travelling to Iran and Thailand. Oman said it is halting flights to Iran.

Iraq said it had closed its Safwan border crossing with Kuwait amid fears over the spread of the virus.

Last week, Kuwait began bringing back 750 nationals from Iran, where the death toll from coronavirus rose on Monday to twelve - the highest outside China - with 47 now infected, according to health minister Saeed Namaki.

The outbreak in Iran centered mostly on the city of Qom but spread rapidly in recent days to at least four other cities. Iranians went to the polls on Friday with many wearing masks to ward off infection and authorities have begun daily sanitisation of the metro in Iran's capital, Tehran.

urkey and Pakistan are among seven countries that have now closed their borders with Iran over the coronavirus outbreak. Parts of the country are on lockdown, with schools, universities, cinemas and theatres closed in 13 Iranian provinces.

Lebanon announced its first case of coronavirus after a woman tested positive following a flight from Qom on Thursday. Lebanese expressed their anger on social media channels over the country's refusal to cancel flights from Iran.

These were the details of the news Coronavirus: WHO chief says world must prepare for 'potential pandemic' for this day. We hope that we have succeeded by giving you the full details and information. To follow all our news, you can subscribe to the alerts system or to one of our different systems to provide you with all that is new.