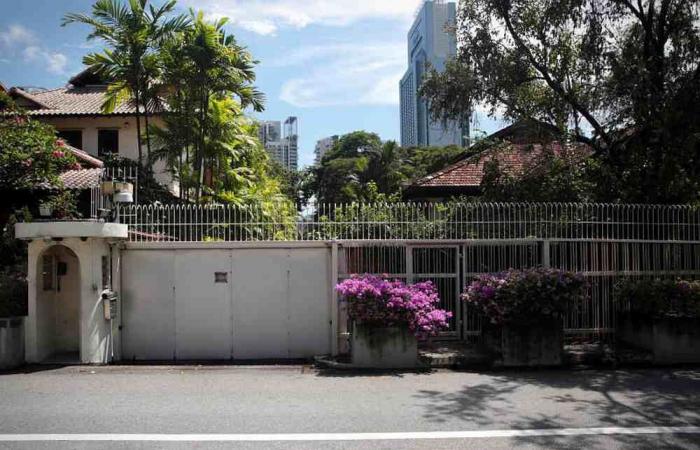 SINGAPORE, Feb 24 — A disciplinary tribunal has found that prominent lawyer Lee Suet Fern, along with her husband, Lee Hsien Yang, had “misled” a frail and ailing Lee Kuan Yew into signing his last will, which was prepared 15 months before his death.

Describing the couple as “deceitful” and “dishonest,” the strongly worded 206-page tribunal report obtained by TODAY stated that the late Lee Kuan Yew (LKY) was “persuaded” into signing the last will within 16 It added that Lee Suet Fern (LSF), 61, gave the “briefest of advice” to all the differences between what LKY had earlier wanted and the final will that he signed, although they were “very different.”

The tribunal found that LSF's misconduct was grave enough to strike her off the rolls as a lawyer.

The tribunal was appointed by Chief Justice Sundaresh Menon to look into whether LSF – a senior lawyer of 37 years — breached her professional duties in her involvement in the preparation and execution of LKY’s last will.

The late LKY’s final will, particularly a portion concerning the fate of his home at 38 Oxley Road, has been the centre of a dispute between his children — Prime Minister Lee Hsien Loong, Dr Lee Wei Ling and Lee Hsien Yang.

The dispute became public in June 2017, when Lee Hsien Yang and Dr Lee posted a six-page statement on their Facebook accounts, accusing the prime minister of abusing his authority to prevent the demolition of the house.

PM Lee denied the allegations, but he also raised concerns about events surrounding the making of his father’s last will, questioning the role of his sister-in-law, LSF, in the will and whether there was conflict of interest on her part.

After the tribunal’s findings were published, Dr Lee called the tribunal report a “travesty” in a Facebook post yesterday.

“This all is yet another attempt to rewrite history following on from the secret ministerial committee looking into Lee Kuan Yew’s will and wishes for 38 Oxley Road,” she said.

“My father knew full well what he was doing. He was clear in his decision for the will... I continue to be ashamed at Hsien Loong’s disrespect for his father’s dying wish.”

Later that day, LSF responded to the tribunal decision, vowing to fight it in court. “I disagree with the disciplinary tribunal’s report and will fight this strongly when it is heard in open court,” she said.

Here’s a run-down of the tribunal’s findings:

What was the tribunal for?

Chief Justice Menon appointed the tribunal to look into whether LSF had breached her professional duties in her involvement in the preparation and execution of LKY’s last will on or around December 16 and 17 in 2013.

Her husband’s share increased in the last will, compared to the immediate preceding will.

It came after the Attorney-General’s Chambers referred a case of possible professional misconduct involving her to the Law Society, with Deputy Attorney-General Lionel Yee asking for it to be referred to a disciplinary tribunal.

The two members who presided over the tribunal are Senior Counsel Sarjit Singh Gill and lawyer Leon Yee Kee Shian.

What changed between the first and last wills?

In the first will:

There were, however, five other versions of the will that overrode each other in between, all of which were drafted by LKY’s lawyer, Kwa Kim Li.

From the fifth will onwards, the demolition of 38 Oxley Road clause was omitted completely, but it was reinstated in the seventh and last will, which was done with LSF’s involvement.

In the penultimate will – the sixth will – the late LKY had given Dr Lee an extra 1/7 share.

The Law Society’s lawyers argued that the late LKY was not advised about the reinstatement of the dropped clauses. Furthermore, the tribunal heard that while LSF’s lawyers had stated that the last will is the same as the first will, it differed in two main aspects:

The first will contained a gift-over clause, which provided for scenarios where any of LKY’s children died before he does, but this was missing from the seventh draft.

The last will omitted the part that Lee Hsien Loong was to pay for the upkeep of 38 Oxley Road, but it was present in the first will.

There were also other differences, such as the fact that it was stated in the penultimate will that Dr Lee’s right to stay at 38 Oxley Road was conditional upon the consent of his elder brother, Lee Hsien Loong.

The tribunal, meanwhile, established that Lee Hsien Yang and his wife were aware that Kwa was likely to be travelling and might not respond when LSF sent an email to LKY, informing him of the last will.

How the last will was instructed and executed

The tribunal scrutinised email correspondences to understand how the last will was instructed and eventually executed.

Records show that around November 30, 2013, which was 17 days before he signed his last will, the late LKY had asked Kwa about his sixth will and it became apparent that LKY would want to make amendments.

In the final line of her email to the late LKY on November 30, 2013, Kwa stated: “Please let me know your thoughts, and I can make the appropriate changes to the will.”

An email trail showed LSF getting involved from 7.08pm on December 16 that year, by sending a draft of what eventually became the late LKY’s last will.

Lee Hsien Yang replied to the email his wife had sent, informing his father that he could not get in touch with Kwa.

“I don’t think it is wise to wait till she is back. I think all you need is a witness to sign the will. Fern (LSF) can get one of her partners to come round with an engrossed (which means finalised) copy of the will to execute and witness,” Lee Hsien Yang had written in that email sent at 7.31pm.

Kwa was not kept in the loop in this email that copied in his wife and LKY’s then personal assistant, Wong Lin Hoe.

At 8.12pm, LSF introduced one of her partners, Bernard Lui, to Wong and her husband over email, instructing Wong to contact him regarding the execution of the last will.

By 9.42pm that night, the late LKY replied to Lee Hsien Yang’s 7.31pm email, saying: “Ok. Do not wait for Kim Li (Kwa). Engross and I will sign it before a solicitor in Fern’s office, or from any other office.”

The next morning, the late LKY signed the will at his home at about 11.10am in the presence of Lui and Elizabeth Kong, both lawyers from LSF’s then-law firm, Stamford Law.

Later that day, 1.16pm, LSF then dropped a note to Kwa, saying that the will “has been dealt with already.” Kwa replied at 2.59pm to say that she didn’t seem to have received her first email asking her to engross and sought confirmation if the penultimate will was revoked.

At 3.10pm, LSF confirmed that LKY had signed a new will, as she qualified: “In fact this is just going back to his 2011 will so it supersedes all. He read it extremely carefully before signing.”

There were two signed copies of LKY’s last will. One was kept in LSF’s office safe, and the other was kept in the late LKY’s office.

The tribunal, in finding LSF guilty of misconduct, said the facts uncovered in their inquiry “exposed an unsavoury tale” of a couple persuading their aged father — then in poor health — to sign a new will without his usual lawyer to advise him.

Among other findings, the tribunal said she misled the late LKY and procured his execution of the last will on the basis of misrepresentations.

On the question of whether there was sufficient gravity in her misconduct, the tribunal determined that there was.

“The misconduct that the respondent (LSF) is guilty of represents a serious departure from the most basic and fundamental standards expected of an advocate and solicitor – complete honesty and fidelity to his/her client,” the tribunal said.

“The respondent acted with dishonesty, deceit and in disregard of her legal obligations. To leave such egregious and dishonest conduct unsanctioned would bring disrepute upon the profession.”

It added that not only was LSF a “deceitful witness who tailored her evidence to portray herself as an innocent victim who had been maligned,” Lee Hsien Yang’s conduct was “equally deceitful.”

The tribunal highlighted that Lee Hsien Yang had admitted during cross-examination that aspects of his Facebook posts made in June and July 2017 and April 2019 “could be misleading” and “inaccurate.”

The posts gave the impression that Kwa had prepared the last will for LKY, and that LSF played no role in it, but the tribunal found that this was “untrue.”

“She prepared the draft last will and she advised Mr Lee (LKY) on it,” the tribunal said. “(Lee Hsien Yang) lied to the public about how the last will was drafted.”

Furthermore, Lee Hsien Yang had “compounded his dishonesty” by accusing Kwa of lying in public when the latter had said that she did not draft the last will, the tribunal said.

“This was quite cynical conduct. He knew that (Kwa) was telling the truth,” the tribunal said.

It added in concluding: “In essence, an elaborate edifice of lies was presented both on oath and through their public and other statements... The affidavits were contrived to present a false picture. Several of the lies were quite blatant...

“(Lee Hsien Yang) had no qualms about making up evidence as he went along. We found him to be cynical about telling the truth.”

LSF’s case will be referred to a Court of Three Judges of the Supreme Court – the highest disciplinary body in dealing with lawyers’ misconduct — which could issue an order for her to be disbarred if she was found to have acted dishonestly.

The tribunal highlighted that a sentencing principle set out in a 2009 case had instructed that even if the court found that there was no dishonesty, a lawyer can still be disbarred if his actions fell below “required standards of integrity, probity and trustworthiness.”

The lapse being proven will have to show that the lawyer lacks “qualities of character and trustworthiness” necessary of a person entrusted with the responsibilities of a legal practitioner, it added. — TODAY

These were the details of the news What Singapore disciplinary tribunal says about Lee Suet Fern’s involvement in Lee Kuan Yew’s final will for this day. We hope that we have succeeded by giving you the full details and information. To follow all our news, you can subscribe to the alerts system or to one of our different systems to provide you with all that is new.