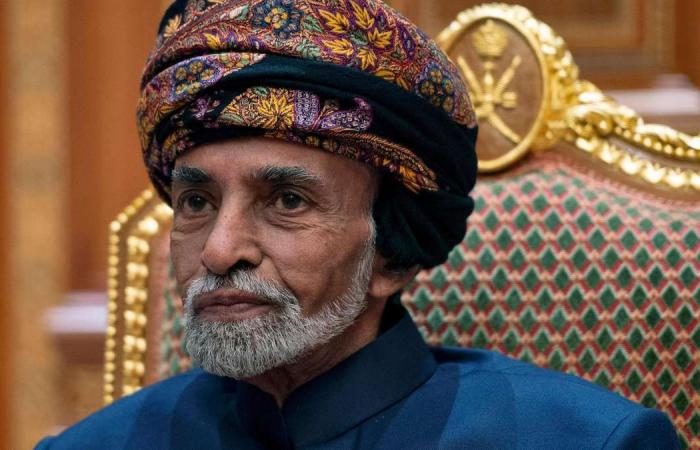 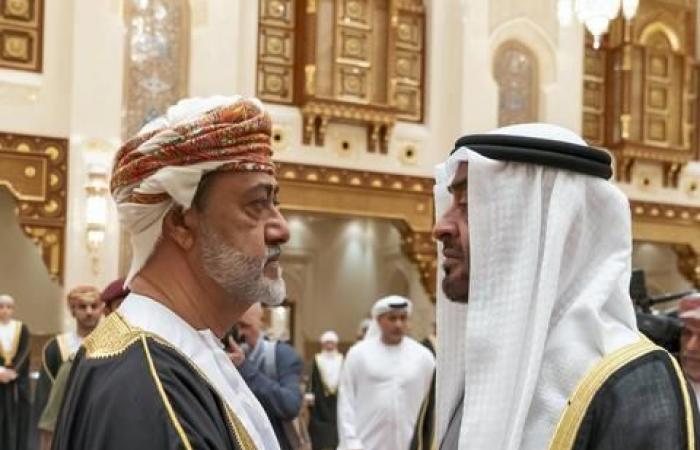 Hind Al Soulia - Riyadh - National flags will fly at full mast across Oman on Wednesday as 40 days of mourning for the late Sultan Qaboos bin Said come to a close.

The new sultan faces a daunting task as he follows in the footsteps of his predecessor, who enjoyed widespread popularity among Omanis.

Sultan Haitham bin Tariq, 65 was sworn into office on January 10, 2020 following the death of his cousin, Sultan Qaboos bin Said, who ruled the country for five decades.

Many welcomed the choice of the new Sultan, according to social media messages exchanged by Omanis, saying Sultan Haitham is well qualified for the top job because of his foreign affairs ministry’s experience that spanned over 18 years.

Many are still mourning the loss of the old leader, especially generations born during his reign. On Wednesday, school children will sing a new national anthem that has been updated to remove Sultan Qaboos bin Said’s name. The new sultan’s name has not been included in the updated national anthem.

“It clearly shows the government’s respect for people’s sentiments. It makes sense to remove Sultan Qaboos’s name in the new national anthem but someone was clever enough not to replace his name with Sultan Haitham’s,” Faris Al-Kiyumi, a freelance journalist and an independent political analyst, told The National.

A communique from the government issued last month also treaded softly on the public’s sentiments when it advised all government organisations, private sector companies and education institutions to hang the portrait of Sultan Haitham next to that of Sultan Qaboos.

“Sultan Qaboos may not be ruling Oman anymore but he still rules our hearts and no one can take that away from us,” said electronic engineer Salim Al-Hinai, 27, who was born in the middle of Sultan Qaboos’ reign.

It is a sentiment reflected by many Omanis of his generation. The explosive birthrate of the 1980s and 1990s has given Oman one of the youngest populations in the world, with about 55 percent aged between 23 and 36 years old.

“That is a big population segment and these young people know no other leader but Sultan Qaboos. They are well educated from the government’s funds and are working in well-paid jobs in different segments of the economy. They enjoyed all the perks from a generous leader, including free residential lands and subsidized mortgage rates,” Mr Hinai said.

“The new generation below them would expect nothing else but the continuation of what their predecessors enjoyed. That is the biggest challenge for Sultan Haitham,” he added.

The government inherited by Sultan Haitham bin Tariq was formed by Sultan Qaboos and many of its policies are built around his vision for the future of Oman. This includes the Oman 2040 Vision, which the late Sultan unveiled in 2018.

“Foreign investments might well be his immediate reform. Sultan Haitham is well connected with foreign investors from his time in foreign affairs,” Mr Al Kiyumi said. The new sultan served as Secretary General for the Ministry of Foreign Affairs from 1994 to 2002.

“He will need all his diplomatic skills to make the 2040 vision work…It will not be easy but he will need to diversify the economy away from dependency on oil and gas,” Mr Al Kiyumi added.

International affairs will also be at the forefront of Sultan Haitham bin Tariq’s agenda, including relations with Iran, he continued. “Sultan Qaboos knew how to tame the Iranians. He was the only leader in the world Tehran listened to. It is not an exaggeration (to say) that if it was not for his efforts, Iran would have caused a lot of instability in the region.”

Sultan Haitham is seen to be well able to continue this role Mr Al Kiyumi said.

These were the details of the news Oman enters a new era as official mourning for the late Sultan Qaboos ends for this day. We hope that we have succeeded by giving you the full details and information. To follow all our news, you can subscribe to the alerts system or to one of our different systems to provide you with all that is new.