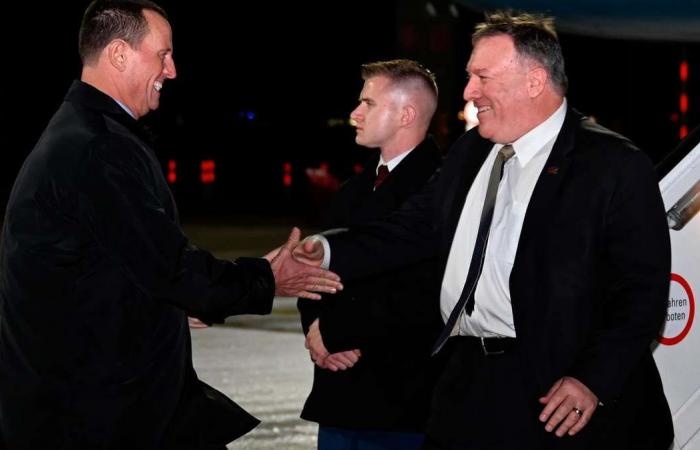 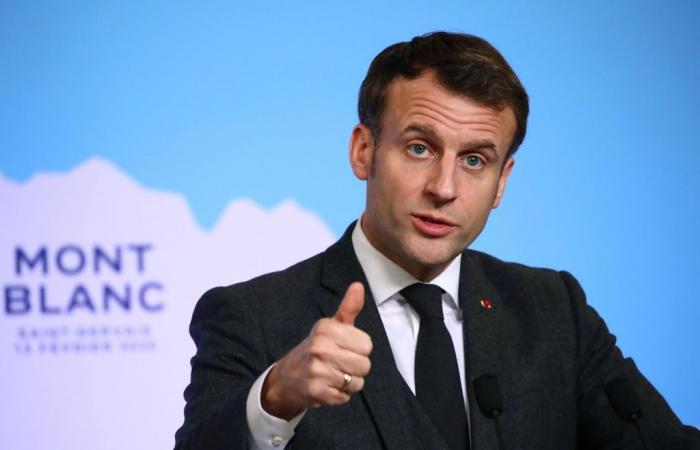 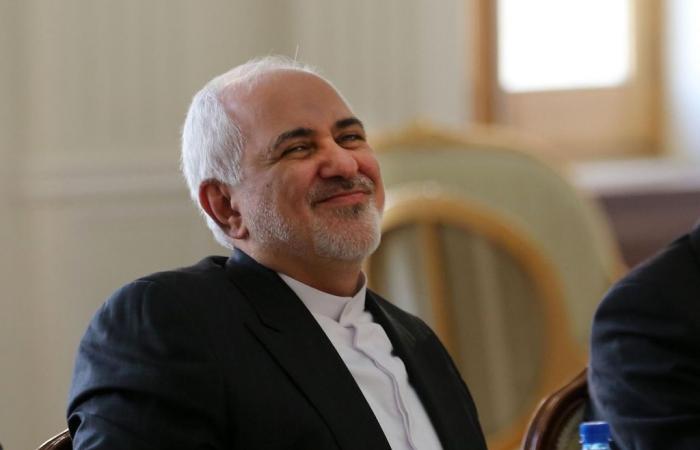 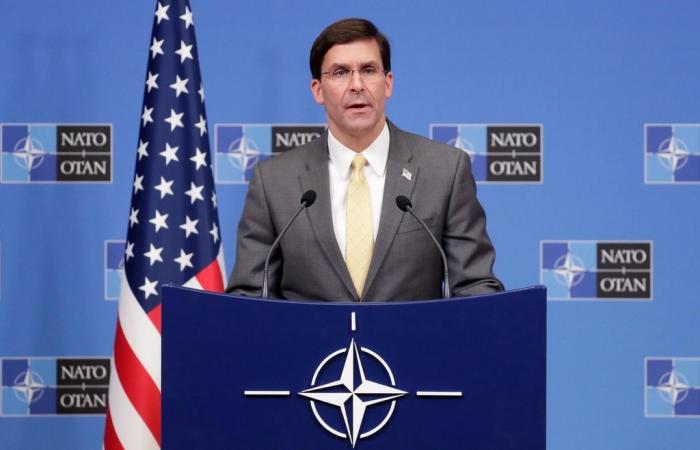 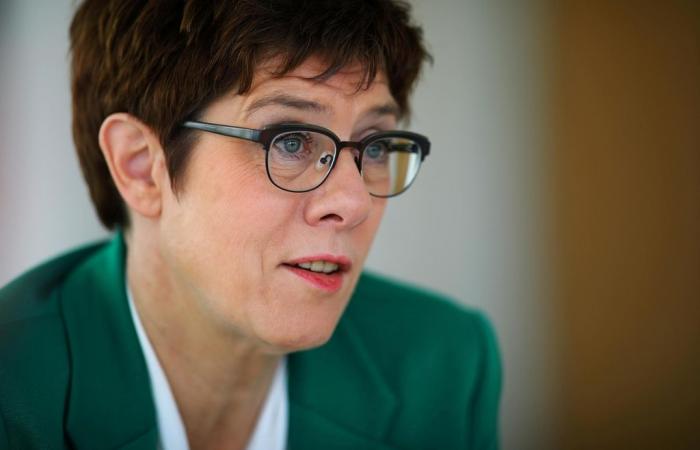 Thank you for your reading and interest in the news Munich Security Conference: leaders, experts and activists face a diverse agenda and now with details

Hind Al Soulia - Riyadh - The Munich Security Conference opens this weekend with talks expected on issues ranging from the threat to western liberal values to the coronavirus outbreak and US actions in the Middle East.

The annual conference prides itself on being a venue for diplomatic initiatives on some of the world's most pressing concerns.

What is the conference?

The MSC offers a protected space for informal meetings between officials. The conference regularly convenes high-profile events from across the spectrum of society on particular topics and regions and publishes the Munich Security Report, an annual digest of relevant figures, maps and research on crucial security challenges.

The conference assembles more than 450 senior decision-makers and thought leaders including heads of state, ministers and personalities from international and non-governmental organisations, industry, media, academia and civil society, to engage in intensive debate.

When will it be held?

The conference will take place from February 14 to February 16 in Munich, Germany where it has been held for the past 56 years.

Why is the conference prominent?

The MSC has transatlantic and European roots but its activities aim to reflect a globalised world, debating the planet's most relevant security challenges.

What are the topics being discussed?

Would the United States use military force to defend a Nato ally? Should European Union countries work together more closely on defence? Is the world facing a "perfect storm" of climate change coupled with security threats? Many questions will be asked and discussions had but here are four themes that will be prevalent at the MSC.

The authors of the Munich Security Report, the document that sets the tone for the conference, write of "westlessness", the idea that the planet in general and western countries in particular are uncertain of their values and their strategic orientation.

While there is a perception of the West being under threat from "liberal internationalism", the report's finding that "it is precisely the rise of 'illiberalism' and the return of nationalism that put the West at risk" will be just as concerning for some of the conference's attendees.

The authors note that "increasing western reluctance to engage in violent conflicts abroad does not mean that these conflicts disappear".

How this theme is taken will be interesting as non-western attendees will think of the West's interventions and adventurism over the past two decades.

The rise of populist nationalism in the EU is raising concerns about Europe turning inwards, embracing "provincialisation" and becoming less engaged with the rest of the world. The EU is the world's largest market, and a breakdown of that market would have untold ramifications.

The urgency of dealing with the challenge of migration through Libya across the Mediterranean Sea and from other conflicts like in Syria, Iraq and Afghanistan will be a topic, along with Russian engagement due to it being an economic partner and having historical and geographical links.

A more assertive EU and a decoupling from the US, Britain's exit and the collective defence of non-Russian Europe under Nato's Article 5 are all up for discussion.

These issues are giving rise to a reshaping of co-ordination between Europe's military, led by France and Germany.

As the authors of the Munich Security Report put it: "Nato and the European Union are struggling ... For both of them, the rise of 'illiberalism' in its member states presents huge challenges."

Balkan nations are also strongly represented in Munich, so prospects for future EU enlargement will be hotly discussed as the bloc's officials have reaffirmed their intention to incorporate all these countries.

The changing geometry of global power with China demarcating its territory over the entirety of the South China Sea, the trade war with the US, the coronavirus outbreak that threatens supply chains and concerns over Hong Kong and Chinese telecoms firm Huawei will be discussed.

The Korean Peninsula and North Korea's regime blaming the US for failing to show flexibility in the nuclear talks is another topic.

This year, according to the Munich Security Report, is "a prime opportunity to take the temperature of not just the state of international peace and security in general but of the West in particular".

There will be a survey taken on a host of topics: Is our data safe? Can energy security and climate security be reconciled? Where is or what is multiculturalism's future?

Actions such as the US assassination in January of Iranian general Qassem Suleimani and Donald Trump's newly revealed peace plan for the Middle East will be hot topics, bellwethers to gauge the direction of US foreign policy thinking.

Who are some of the attendees?

The Turkish defence minister will be getting involved in sideline discussions over Turkey's power projections in Libya and Syria as well as its relations with the EU and China's Belt and Road initiative.

The US defence secretary will have some questions to answer about his president's decision to assassinate Suleimani as well as US actions throughout Western Asia.

The Afghan president comes to the MSC after saying peace negotiations between the Taliban and the US are making progress. After two decades of fighting the insurgents control nearly half the country, so what will happen when international forces pull out?

The WHO director has his hands full with the latest epidemic to affect the human species, having a zoonotic beginning. The coronavirus is affecting business, supply chains, daily life, travel and may even be being politicised.

Iraq's foreign minister will have a great deal to talk about, from the protests against the government and Iranian and US influence to the assassinations of Suleimani and militia leader Abu Mahdi Al Muhandis and the Iraqi parliament voting for all foreign troops to leave the country.

India's foreign minister will carry concerns over volatility with Pakistan, citizenship-law protests, escalation over Kashmir, and also the Indo-Pacific strategy and India's place in Asia alongside China.

Russia's foreign minister will be busy engaging with Turkish officials over Syria while also discussing ongoing western sanctions on his country and the possibility of re-engagement or a reset with Europe.

Both ministers will underline the importance of Germany's position to EU policies, military integration, EU assertiveness and relations with the US, Russia and China.

The French president's efforts to begin steering the EU now that Britain has left, resisting US President Donald Trump's tariffs and economic sabre-rattling, pushing EU reforms and power projection, and France's involvement in francophone Africa and the Sahel are all expected to come up for discussion.

Isolated at the edge of East Asia, the Japanese minister is likely to raise concerns over China and North Korea, and address those regarding the decision to deploy its armed forces abroad – a highly controversial issue back home.

US Secretary of State Mike Pompeo

The secretary of state will no doubt come to the conference as a controversial figure for his approach to Iran, China and a host of other subjects, not to mention his role in the Middle East peace plan.

Tensions with Taiwan, protests in Hong Kong, a trade war the US, unilateral claims over the South China Sea, internment of Muslim Uighurs in Xinjiang province, the viral outbreak, investment in Africa and Asia –China's foreign minister is not short of topics to address.

What will Iran do? How to save the 2015 nuclear deal? How to integrate Iran? The Iranian foreign minister comes to the MSC with many discussion before him at a time when Iran has just lost its leading military commander yet showed restraint in reacting to the US actions in January.

These were the details of the news Munich Security Conference: leaders, experts and activists face a diverse agenda for this day. We hope that we have succeeded by giving you the full details and information. To follow all our news, you can subscribe to the alerts system or to one of our different systems to provide you with all that is new.