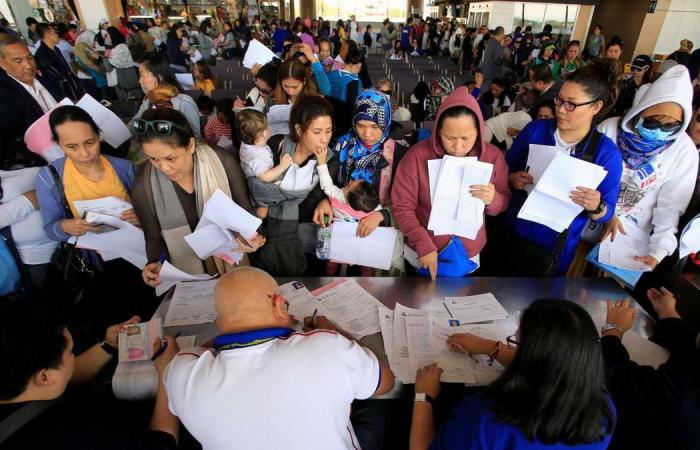 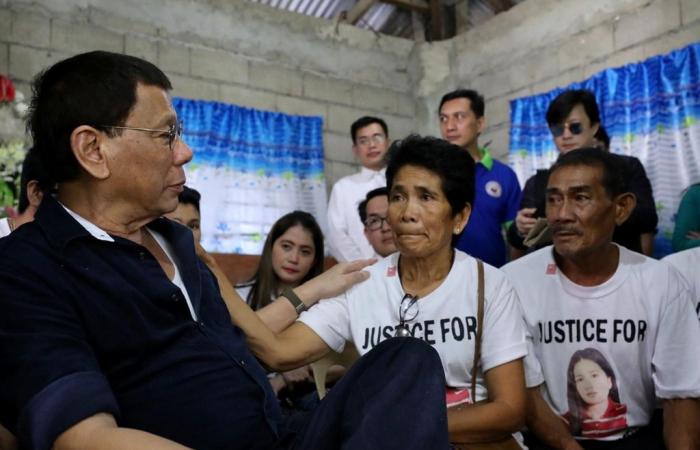 Hind Al Soulia - Riyadh - Filipino workers overseas say a new deal reached last week in Kuwait on providing better protections to those employed in the emirate is unlikely to keep them from harm.

President Rodrigo Duterte imposed a ban on Filipino workers undertaking new contracts in Kuwait after January 15 amid outrage in the Philippines over the death in Kuwait of Jeanelyn Villavende, a 26-year-old Filipina employed as domestic worker on December 28.

Kuwait's Ministry of Health reported that Villavende died of "acute failure of heart and respiration,” but a later autopsy by the Philippine authorities showed "multiple, severe, traumatic injuries" indicating that she was also raped before her death.

Labour Secretary Silvestre Bello last week signed the agreement on a proposed harmonised Standard Employment Contract for Overseas Filipino Workers (OFW) deployed to Kuwait. The agreement is likely to prompt a partial lifting of the ban.

But Filipino workers who currently work in Kuwait fear the deal will not change the abuse and violence faced by workers in the Emirate.

“The standard contract includes promises of basic protection of workers but these provisions should have been long incorporated, says Angel Cristina, who has been working in Kuwait as a domestic worker for nine years.

“And these provisions are not enough protection against employers, every household worker in Kuwait knows someone who has been mistreated, underpaid or abused, they [the employers] treat us like animals and do so with complete impunity. They know they will not be punished under Kuwaiti law.”

One Filipino worker, who wished to remain anonymous, told The National she left Kuwait after being beaten by her female employer who “hit me on the back of me head with a dumbbell while I was ironing clothes.” After this, the OFW was taken to her employer’s mother's house where they both beat her and forced her to ingest pills, she claims. The OFW then old the husband who returned her to the agency.

Mr Bello said that the Standard Employment Contract seeks to prevent abuse — its provisions endorsed by President Rodrigo Duterte include allowing OFW to keep personal identity documents, own a phone to use outside working hours, entitlement to one paid day off per week and work no longer than 12 hours work per day.

The Philippines’ labour department is set to move for a partial lifting of the ban, with the complete withdrawal of the ban only once the Kuwaiti government provides a status report on the cases of Jeanelyn Villavende, Constancia Dayag and Joanna Demafelis, all domestic workers who died in Kuwait, and of a Filipina who was raped upon arriving at the airport in Kuwait to take up a job as a domestic worker.

Every household worker in Kuwait knows someone who has been mistreated, underpaid or abused

A murder case has been filed against Villavende’s employers, who are detained and awaiting trial after her family said they rejected the 50 million pesos (Dh3.6m) offered as blood money to settle the criminal charges.

A previous ban was imposed in February 2018 after a string of reported abuse and deaths of OFW, including Joanna Demafelis, whose murder triggered a diplomatic crisis between the Philippines and Kuwait.

The body of Demafelis was found in a freezer at her employers’ home in February 2019, more than a year after she went missing. Her former employer Mouna Ali Hassoun and her husband were found guilty of her murder by a Syrian District Criminal Court in September.

An agreement to end the stalemate was reached three months later in May 2018 to protect Filipino workers from abuses at the hands of their Kuwaiti employers.

The labour agreement supposedly guaranteed basic protections for workers like letting them keep their passports and mobile phones, specifying sleeping and working hours and health insurance.

But Mr Bello said, to date, the Kuwaiti government has dragged its feet in acceding to the modified, final version of the standard employment contract.

Complaints have not waned, and in the meantime, more women have suffered. Constancia Dayag was found dead in May 2019 after allegedly being beaten and sexually abused by her employer.

Weng De Vera has been a household worker in Kuwait for seven years and is part of an organisation that supports OFWs in Kuwait. She says the new version of the Standard Employment Contract does not protect OFW tied into agency contracts who have few places to turn to when these contracts break down.

“Recently we rescued a nanny from her agency. She suffered a stroke, was dismissed by her employer and sent back to the agency to find her a new employer. We intervened and managed to send her back home to receive the medical care she needed.”

The Philippines is one of the world’s largest diaspora populations — one in ten households counts at least one overseas worker among its members. As of January 2018, 2.3 million Filipinos were registered as working abroad, sending an estimated $2bn home every month.

Kuwait is a top recipient of Philippine labour exports and a key source of income for many families. More than 260,000 Filipinos work in the Gulf state according to the Philippine Foreign Ministry, and more than half of them are female domestic staff.

Human Rights Watch (HRW) warned in 2018 that a deployment ban could backfire and “increase abuses of workers who are forced to resort to unsafe and unregulated channels to enter the country,” increasing vulnerability to trafficking and other dangers.

The newly-agreed Standard Employment Contract prohibits employers from transferring an OFW to another employer without their written consent, but contradicts with the kafala system, which is present throughout the Gulf and greater Middle East.

Human Rights Watch says in Kuwait the kafala system, in which a migrant worker is bound to her employer to maintain legal status in the country, allows employers to hold their workers’ phones and passports and even lock them in rooms. According to a 2018 report by the Kuwait Society For Human Rights, 93 per cent of employers continue to confiscate their domestic workers’ passports.

“The Philippines should use this time to secure more protections for workers — such as inspections of homes for more scrutiny over OFW working conditions,” she said.

Kevin Mizon, a Filipino lawyer specialising in corporate law agreed, stating that what is most important is the enforcement of the Standard Employment Contract, “which is a matter of implementation rather than law — this means actual penalties on employers guilty of abuse”.

Ms De Vera agrees with a deployment ban until justice is served, but does not see this justice as a likely outcome. “There are new agreements being made and no justice for Villavende,” she said. “The government wants to keep its business with Kuwait — to keep up good relations.”

Like many Filipino domestic workers overseas, Ms De Vera is heavily reliant on her work in Kuwait.

“Even though the working conditions are tough, the reality is that we are better compensated for our work in Kuwait then we would be in the Philippines. We have no choice, we have to earn for our families back home.”

These were the details of the news Filipino workers fear new contract will not stop murders and mistreatment in Kuwait for this day. We hope that we have succeeded by giving you the full details and information. To follow all our news, you can subscribe to the alerts system or to one of our different systems to provide you with all that is new.