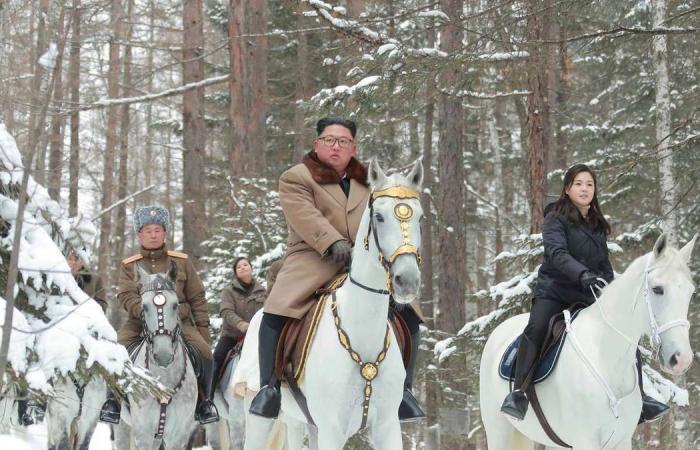 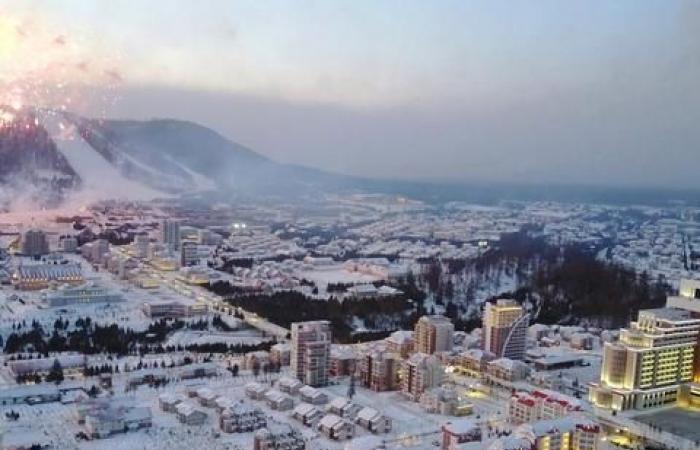 Thank you for your reading and interest in the news Back on the horse: Kim Jong-un takes snowy ride in new photos and now with details

In the photographs released Wednesday, Mr Kim is pictured leading a group of riders, including his wife, in a forest near Mount Paektu.

The mountain, a dormant volcano on the border with China, has great symbolic significance in the North as the spiritual birthplace of the Korean nation and, according to Pyongyang, the birthplace of Kim's father, Kim Jong-il.

The agency also released new images of Mr Kim in a light brown coat with a fur collar at the summit of the mountain, to which he also rode in October.

Analysts say that pictures of him at Mount Paektu represent assertions of leadership and legitimacy, given the historical background.

Pyongyang's propaganda says his father was born at a secret camp in the area, where his own father, the North's founder Kim Il-sung, was fighting Korea's Japanese occupiers.

But historians and Soviet records show Kim Jong-il was born in Russia, where his father was in exile.

Mr Kim tends to visit once or twice a year, trips that are sometimes seen as indicators of policy changes.

He went to the area in November 2013, ahead of a purge and the execution of his once-powerful uncle, Jang Song-thaek.

And he climbed the mountain in December 2017 shortly before the diplomatic rapprochement that led to his Singapore summit with Donald Trump, the first between leaders of the North and the US.

This week, Mr Kim opened a huge development project in nearby Samjiyon, involving the rebuilding of an entire town, which Pyongyang portrays as a demonstration of resilience in the face of sanctions imposed on it over its nuclear and missile programmes.

These were the details of the news Back on the horse: Kim Jong-un takes snowy ride in new photos for this day. We hope that we have succeeded by giving you the full details and information. To follow all our news, you can subscribe to the alerts system or to one of our different systems to provide you with all that is new.